How does the Ketogenic diet work for weight loss? 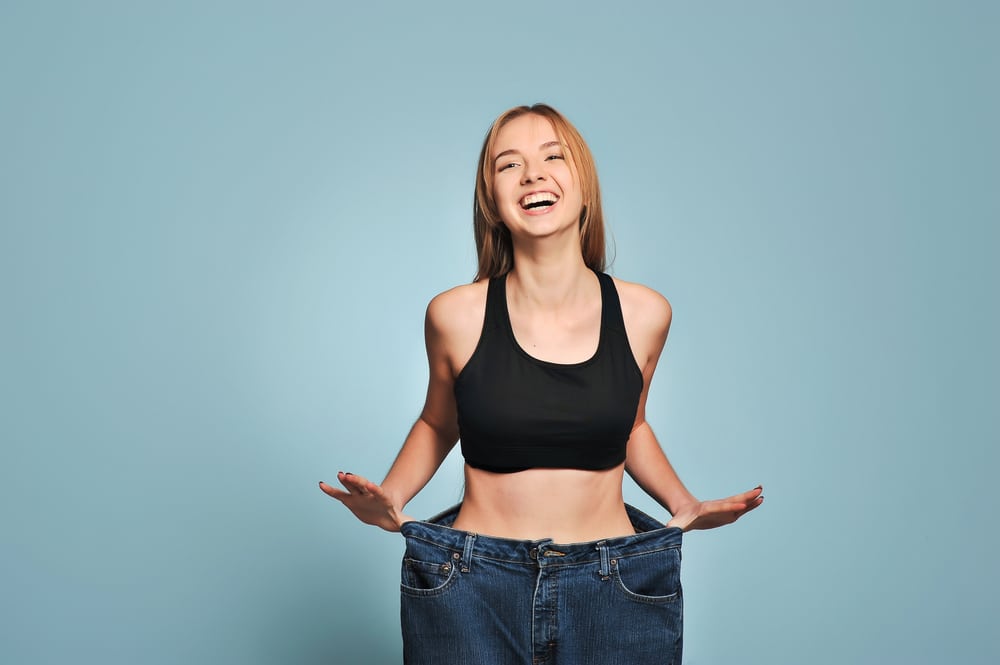 The ketogenic diet is one of the most popular diets today, with many athletes and celebrities claiming their sculpted bodies and improved performance were all because of following a ketogenic diet.  Other than celebrity endorsements, the ketogenic diet has been the de facto nutrition plan for many weight loss hopefuls because it is advocated as a diet that still lets you eat bacon, steak, and other fatty foods that are otherwise prohibited by other diets.  How does the ketogenic diet work for weight loss?  Can you really eat all the meat you want?

The Ketogenic Diet and Ketosis

People have the idea that a ketogenic diet is simply a low-carb diet.  As simple and convenient that explanation may be, it doesn’t do justice to the ketogenic diet actually is.  The ketogenic diet is definitely an ultra low-carb diet, but it’s not ultra low just because.  The science behind this diet that it owes its numerous benefits to is a process called ketosis, a natural metabolic process that activates when the body detects inadequate glucose levels. Under ketosis, the liver switches from burning carbs and storing fat to burning fat and ketone production. These ketones are then used by our organs for daily functions in place of glucose [1].

More than an alternative fuel source, what makes ketosis special is how the body needs to oxidize fat to create them in the liver, and fat oxidation is a major proponent of weight management [2].  Your body’s ability to burn fat is maximized while you’re in ketosis and to keep this fire going, you have to continually suppress the amount of glucose present in your blood while maintaining high levels of fat. This explains why ketogenic diet recipes often put slabs of meat or healthy vegetable oils at the center and minimize fruit and even vegetable consumption.

On a side note, the type of food you (can still) eat on a ketogenic diet could also explain why this diet has many followers, as many dieters find difficulty in omitting their favorite meaty (and hearty) foods.  Luckily, the ketogenic diet works in three ways: Appetite suppression, enhanced metabolic rate, and intermittent fasting.

How does the Ketogenic diet work for weight loss?

It’s no secret the ketogenic diet has more than a handful of meat and oil at the center of its nutritional requirements. Meat is mostly protein and oils are generally fat in nature. The wonderful thing about these two is how they promote satiety, allowing each person to go for a longer duration without eating compared to the same amount of carbs [3].

Protein is tougher to breakdown and digest than carbs and fat triggers your leptin, the satiety hormone, to tell your brain that it’s pretty full [4].

True enough, fiber is a type of carb that promotes satiety and the ketogenic diet is more than welcoming when it comes to consuming fiber, but the problem lies in its sources which are primarily carb in nature. The goal of a ketogenic diet is to activate and maintain ketosis, and unless you find a way to eat fiber with as little carb content as possible (such as psyllium husk), you have to rely on protein and fat to fill you up.

When you’re in ketosis, your body becomes a flaming fat furnace. It readily incinerates excess fat and renders the body ineffective when it comes to fat storage. Several studies have concluded these results, with researchers noting that even with rapid and sustained weight loss, a person’s basal metabolic rate (the amount of energy you use up while resting) does not drop due to how the ketogenic diet preserves lean muscle mass [5].

However, scientists still warn of eating too much, as the body can and will store excess calories as fat even if you are in ketosis. There’s also a natural bodily function called gluconeogenesis where your body converts excess protein to glucose. When your body detects you have a surplus of glucose again, ketosis will deactivate and you don’t want that if you’re doing keto [6].

Some say intermittent fasting was how we were originally supposed to eat, dating back to how our hunter-gatherer ancestors ate and survived. Regardless of its authenticity, following a ketogenic diet should make intermittent fasting seamless, manageable, and eventually natural.

People just found out about ketosis may think it is a recent scientific discovery.  Ketosis, in the simplest terms, is your body’s emergency fuel mode. Ketosis was how our ancestors coped during times of famine and scarcity, their body burning fat to give them fuel to hunt or travel long distances while scavenging for food. Ketosis allowed them to function normally while oi a prolonged fasted state.

The great thing about ketosis is how it never “turns off” until you start incorporating carbs in your diet again, in which the body then goes back to “normal” operations. The fact that it doesn’t deactivate until you start eating carbs again meant our ancestors were able to survive otherwise inescapable days of hunger and low crop growth.

That means you can, hypothetically, remain in ketosis forever, but even hardcore advocates of the ketogenic diet advice dieters to have periods where you’re also out of ketosis. This is due to how mentally difficult it is to not eat staple carb foods as well as many varieties of healthy fruits and vegetables.

The ketogenic diet is a scientifically proven way of eating that is ultra low-carb and dates back to the early days of human civilization.  The end goal is to achieve and maintain ketosis, a bodily process that prioritizes the burning of fat in place of storing them. The diet helps manage weight by means of appetite suppression, improved metabolism, and intermittent fasting.  Followers of the diet should still be cautioned around excess food intake, as the body can and will store excess calories as fat.