Evolution of thought: What changed 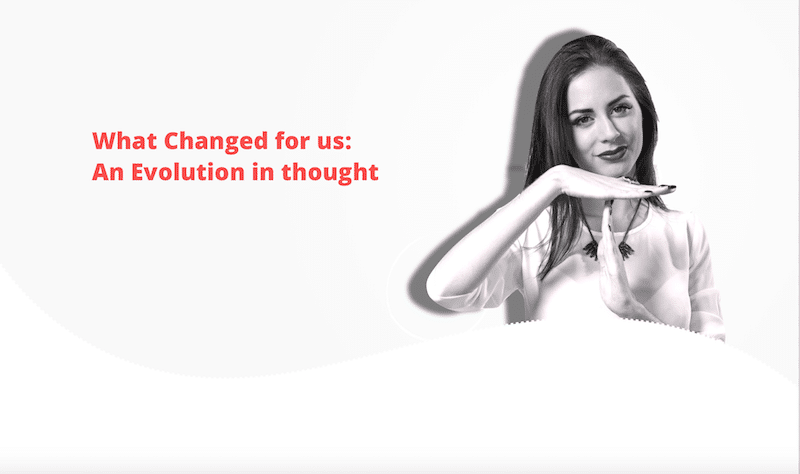 Once upon a time, we resided on top of the Duning-Kruger Effect’s ‘Mount Stupid.’  We once engaged in fear-mongering.  We once judged.  We once proselytized.  But after a few hard lessons, we stopped cold turkey.  Over the course of years and several hard-learned lessons, we managed to escape our Ivory Towers, and plunged into the depths of what can only be accurately described as “Impostor Syndrome Territory” in search of greater truth and better health.  Now I will introduce you to the things that played a role in our evolution of thought.

The Dunning-Kruger Effect is a cognitive bias and phenomena in which people tend to hold overly favorable views of their abilities, and lack metacognitive ability to recognize their own incompetence.  This effect of this cognitive bias results in an illusory sense of superiority and authority—  and allowed us to speak about the Paleo Diet passionately, with an extraordinary level of confidence and self-assuredness.

Although we knew without a shadow of a doubt that the Paleo Diet had the capacity to save lives, we also believed that the Paleo Diet was the only key to healthy and longevity, and that all other dietary modalities were the cause of poor health.  Given this (erroneous) belief, we made the unfortunate mistake of fear-mongering, judging, and  proselytizing,.

Fear-mongering is defined as the action of deliberately arousing public fear or alarm about a particular issue.  In our case, we were absolutists in the belief that no individual should consume dairy, grains, and legumes. And every shred of evidence we had to support our position was shared far and wide among members of the group that we started, The International Paleo Movement Group (IPMG).  Members of the group were instrumental in aiding us in spreading fear about “toxic” foods like sugar, dairy products, legumes, and glutenous foods.

Of course, we weren’t doing this with poor intentions.  We were simply doing what we believed was right.  And soon, there was a whole legion of evangelists who also drank the proverbial Kool-aid as we had, who were also  anti-gluten, anti-dairy, anti-legumes, and anti-sugar as well.  Like us, they judged others, engaged in fear-mongering, and proselytization.

Does it sound like the behavior of religious fanatics, or even a cult?  It should.

"Mount Stupid" is no place to be

In 2011, we created the International Paleo Movement Group (IPMG).  The IPMG was the first dedicated Paleo Facebook page ever created, and was designed to offer Paleo Dieters a platform to share information, and connect with another.  Over time, we began to accept and encourage other individuals into the group, including vegans and detractors of the Paleo Community, as well.

Alan Aragon, a world-renowned nutrition researcher and educator who is one of the most influential figures in the fitness industry towards evidence based information, joined the IPMG for a discussion on Diabetes.  Although his intent for joining the discussing wasn’t exactly benevolent in nature— and he was in fact trolling my group—he suggested that oats were a healthful addition to the diet and could be beneficial for individuals with Type II Diabetes, and offered a recent study to support his position.

However, instead of critically evaluating why the oats may have had protective benefits, the group was in an uproar.  Group members by and large proceeded to dismiss his position by suggesting that the study was conducted by scientists funded by the grain industry, citing corruption of the government and scientists by large and wealthy corporations, without have any evidence to support their claims for the study he presented.  Demands were made that he be removed from the group, although he had not violated a single rule, and had launched no personal attacks.

Not knowing Alan Aragon personally,  I read the study and responded in kind, offering suggestions to possibly overlooked mechanisms that could account for the improvements shown that were not mentioned in the study.  In particular, it was about the beta-glucans found abundantly in cooked oats. I suggested that they provided a beneficial substrate to a specific type of colonic bacteria (bifidobacterium), and how that could reduce circulating Lipopolysaccharide, thereby decreasing inflammation, and improving insulin sensitivity. Unfortunately, I was also met with the same outrage as Alan Aragon.  And I, too, was accused of being corrupted.

Our beliefs about “evil” and “toxic” grains and the grain industry as a whole were so strong that it prevented us from taking a closer look at the benefits oats may impart on a disease that nearly 1/10th of the population in the United States suffers from.  I was dumbfounded.

The Paleo Diet has been described by detractors as a pseudoscientific cultish food regime, and while we have a level of disdain for that sentiment— we cannot deny that these individuals may, unfortunately, have a point… A point that we’d prefer not to help them make.

Many health ‘gurus’ who espouse singularity-minded beliefs in the community believe that their particular brand of Paleo Diet is the one true diet, and all other diets are the cause of the ailments of society as a whole.  Further, these “gurus” often cherry-pick information to support their fear-mongering claims, while aiming to spread the gospel and indoctrinate as many “heathen” eaters as possible.  Unfortunately, once the indoctrinated members are “saved”, they, too, take part in “spreading the gospel”  of singularity-minded belief sets.

However, this phenomenon of proselytization comes with a severe cost.

Studies have shown that when evidence to disconfirm beliefs is presented, this paradoxically increases an individuals’ tendency to proselytize.  Across three experiments, people whose confidence in their beliefs was undermined engaged in more advocacy of their beliefs, than did people whose confidence was not undermined. While these results may point to a psychological need for the individual experiencing the Proselytization Effect to maintain self-identity and bolster self-esteem regardless of accuracy,  the results do suggest is that the individual can no longer objectively and critically evaluate new information, or reformulate their beliefs to reflect this new information.

In effect, the act of proselytization itself causes the individual to become more confident in their beliefs— and speak on these beliefs with more convincing self-assuredness to their “members”— while they simultaneously begin to fall behind intellectually as new scientific evidence becomes available.

We can’t help but wonder, are the singularity-minded health “gurus” merely victims of the Duning-Kruger effect coupled with cognitive bias from Proselytization Effect, and not meaning to mislead their followers at all?

Dangers of the "One True Diet" Concept

Around the same time, we began to see a palpable fracturing of the Paleo Movement.  Heated arguments often erupted among adherants over the commercialization of foods, and foods that were considered “adulterations” were often accused of ruining the sanctity of the Paleo Diet.

Foods regarded as ‘adulterations” were shelf-stable, commonly-recognized foods made with ‘Paleo’ ingredients.  However, instead of recognizing their safe and healthy application in the diet of some 21-st century non-cave-dwelling people who did not suffer from issues with food addiction or disordered eating— purists labeled them as “bad”, and condemned their “heathenous” consumption, or support.  Some purists even went so far in their proselytization to the community over “adulterated” foods that they ignored science and logic, altogether.

An often cited suggestion made by purists to their “members” is that the consumption of “adulterated foods” negates potential benefits of the Paleo Diet, citing only personal experience to support the claim.  Nevertheless, abstinence from “adulterated foods” was vociferously promoted, under the guise of offering the psychological benefit of “releasing the hold that foods have over people”.

In essence, the further restrictions of “adulterated” foods were promoted as a means to treat specific food-related psychological issues. Yet, psychological evidence not only doesn’t support this restriction, it advises against it.

Evidence suggests that less than 6% of the population meet the Yale Food Addiction Scale (YFAS) diagnosis criteria for food addiction, for which abstinence is supported. However, there is far more evidence that suggests that restrictive diets have broad, and potentially dangerous psychological implications, instead.  The Paleo Diet is a already a diet of restriction— and while those restrictions may be a healthy and important adjustment for some individuals for health reasons— further restriction must be warranted, and given full consideration.  But in the case for making further food restrictions on an already restrictive diet, they were not.

While these figures are alarming— and eating disorder specialists advise against unnecessarily restrictive diets— the proselytizing, fear-mongering purists of our community still fail to take into consideration that the behaviors and ideals they promote aren’t just potentially psychologically damaging to individuals,  but that psychologic damage may be incurred with no health benefit to the individual, whatsoever.

A Fallacy of Composition is a logical error in which one makes the error of assuming that what is true of a member of a group, is also true for the group as a whole.

Fallacious thinking occured when further restriction and abstinence was promoted not just for individuals struggling with food addiction, but for everyone.  The assumption is that everyone struggles with moderation, or has some form of food addiction.  This is patently false.

Furthermore, singularity-minded approaches to diet all stem from the belief that what may be the best dietary approach for an individual, or even a group of individuals, is the best approach to diet for all.  Although these foods represented safer alternatives for some individuals,  this was not even taken into consideration when promoting these claims.

Both of the issues regarding the logically fallacious assumptions, and the fear-mongering that is couched in pseudoscientific approach became taboo issues.   “To learn who rules over you, simply find out who you are not allowed to criticize” – (commonly attributed to)  Voltaire

It was time for a change.

We began to understand the criticisms of the movement, and we found ourselves advocating for inclusiveness and openess to new ideas and eating philosophies on this basis… but our protests fell upon deaf ears.

As an organization, we recognized that for some individuals—especially individuals who needed to adhere to the diet for health concerns—these foods offered a safer alternative to their conventional counterparts.  And, we also recognized that these foods had their place because of their cultural, and psychological importance.

To us, puritanical zealotry represented a clear departure from the main goal of the Paleo Diet: to promote a healthy lifestyle. But purtianical individuals discounted and exluded people who were in search of their own path, and shrouded the truth about foods using fear-based, often cherry-picked or unfounded messages— making our community less educated and less empowered.  In short,  it was antithetical to our organizational goals of making the Paleo Diet an easier experience for individuals who needed it to find their own long-term, sustainable path.   A path that requires education, and self-experimentation.

We also found ourselves the target of shaming, and judgment.  But we did not fold to the social pressures exerted by the food zealots.  Instead,  like the protestant Martin Luther,  we said “To hell with that.”   The Paleo Diet isn’t supposed to be a religion.   It isn’t supposed to be an Ivory Tower platform to brow-beat adherents into submission. It isn’t practiced in just one way by everyone.  And it isn’t the answer for everyone.  So our approach was reformed.

Away from pseudoscience and fear-mongering.
Away from judging, bullying, and proselytizing.
Away from the one-size-fits-all approach.
To be inclusive. To be supportive.

Back to the roots of promoting health, education, and empowering the individual to find their own path to optimal health and well being— wherever, and whatever it may be.