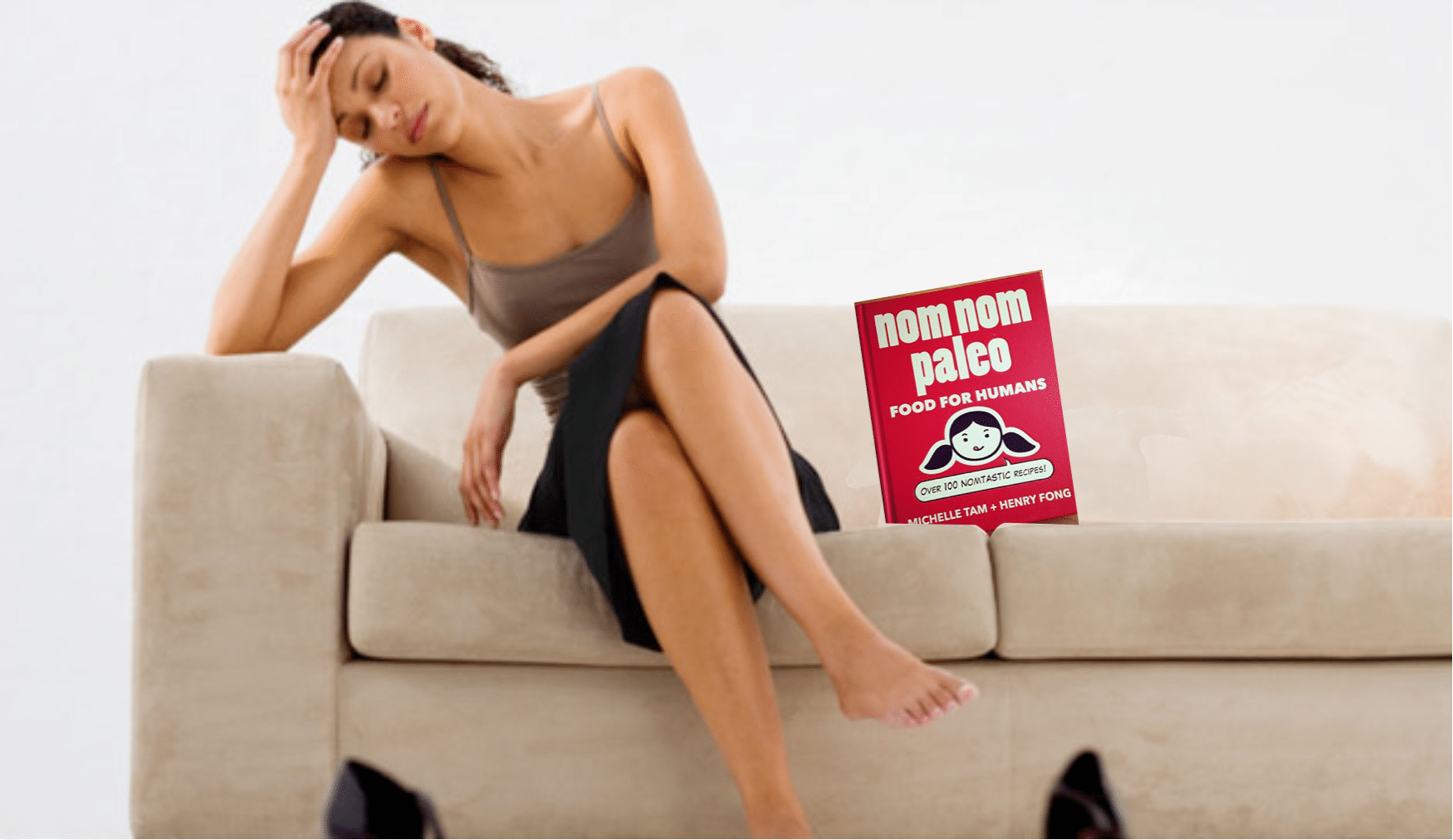 I’d like to share with you my disappointment with Michelle Tam and Henry Fong’s new cookbook, Nom Nom Paleo.

If you decide to pick up a copy of Nom Nom Paleo Food for Humans by Michelle Tam & Henry Fong, you may have to be prepared for a big disappointment.  I say this because I am certain that you will miss out on what I consider the best part of cooking….. leftovers.

To Michelle and Henry’s credit, the portions are reasonable— but unfortunately, my family is not. After every single recipe I prepared from this book, without exception, they ate like they were coming off a hunger strike.  I had no leftovers, even if I doubled the recipes.  I never thought it was possible for recipes to be too good, but apparently, I stand corrected.  They are too good. This has been a sincere disappointment for me.

I am also disappointed that this cookbook didn’t come out in 2009 when I first discovered the Paleo Diet, but that is where my disappointment ends.  I absolutely adore this cookbook.

I prefer to treat my first encounter with a cookbook as if I were reading a novel.  The first read through was so delightful!  I could almost hear Michelle Tam’s voice and squeals of delight from her little ones, and it felt like much more than your average cookbook.  I really enjoyed that.

I enjoyed this cookbook for other reasons as well.  If you take the time to read through the tips at the beginning of the book you’ll end up looking like a genius in the kitchen.  The recipes that I’ve made so far are about as straightforward as it gets, the ingredients listed are easy to find (although I still haven’t found furikake), and the “hands-on time” & total time are accurate even for a non-expert cook like me.  Even if you have a small pantry of staples, your grocery list will usually be fairly short, and you won’t break the bank.

One of the perks of being Karen Pendergrass’ mom is that she receives a lot of cookbooks.  Even though I enjoy trying recipes from the new cookbooks, I rarely make a recipe more than once. What’s the point really? Well…. remember the hunger strike analogy?   You will likely be forced to make a recipe more than once.  I made the grilled lamb chops & mint chimichurri (lamb on a stick), polpette di Vitello (Translation: best meatballs ever!) and spicy tuna cakes. My family practically inhaled! I had to make them again!

They think I’m some kind of kitchen goddess. Who am I to tell them any differently?

Thanks Michelle and Henry!