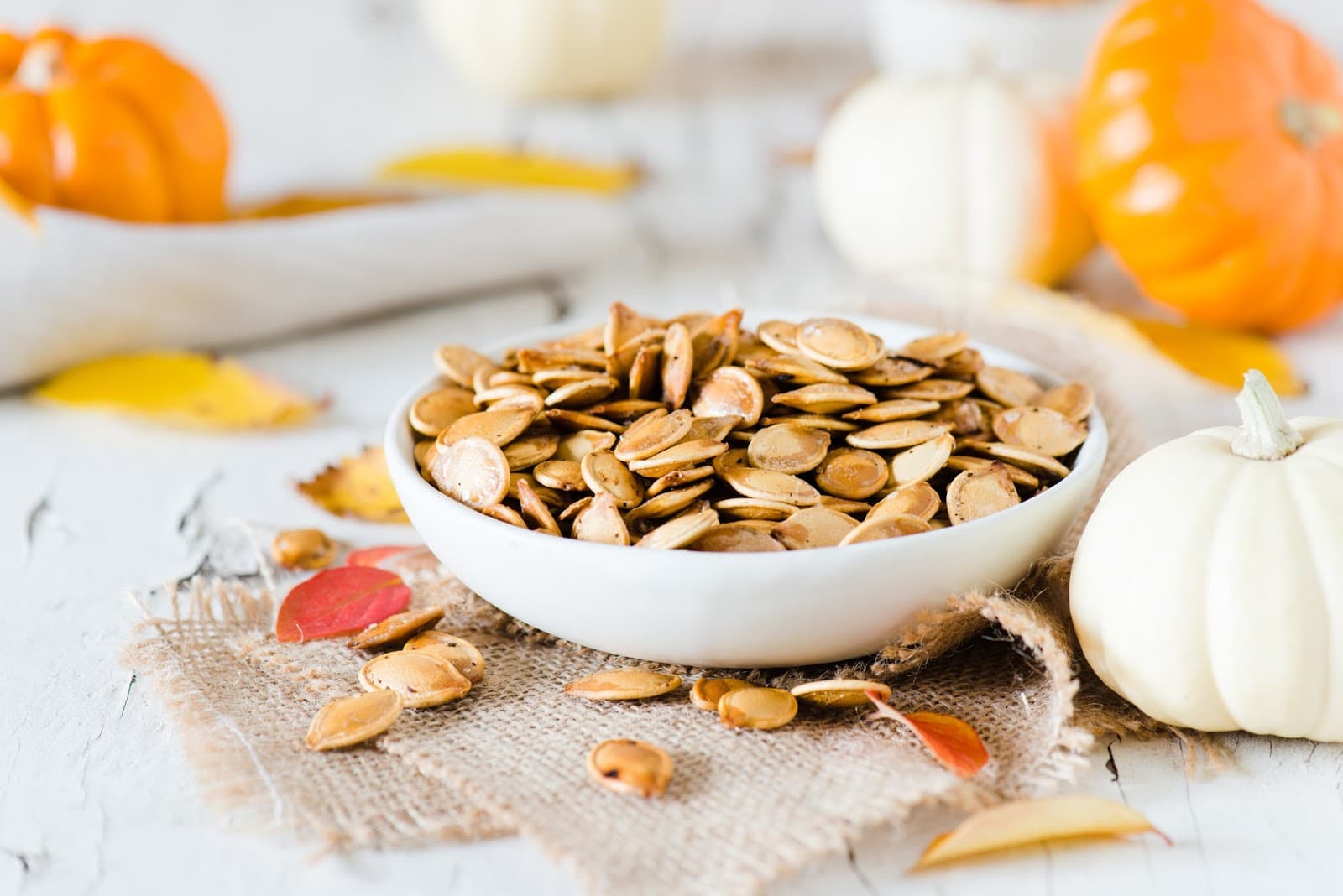 Pumpkin seeds may be one of the most undervalued sources of nutrition in the world today.  Mostly known for their fiber content, protein content, and recipe applications— there is still more to the pumpkin seed that meets the eye.

Here we give you the Top 5 Benefits of Pumpkin seeds so you never repeat the mistake of throwing them away again. Because not only are Pumpkin Seeds of the most portable paleo and keto diet friendly snacks in existence, but they are also a nutritional superfood powerhouse.

Magnesium is vitally important mineral for several basic physiological functions, including the creation of ATP (adenosine triphosphate, the energy molecules of your body), and the synthesis of RNA and DNA. Magnesium is also important to proper bone and tooth formation, heart health, and proper bowel function, and is necessary to prevent heart dysrhythmia, heart attack, and stroke.

Unfortunately, nearly 80% of Americans are deficient in this important mineral, while heart disease is the leading cause of death in the United States. Fortunately, half the daily recommended amount of magnesium can be found in just one-quarter of a cup of pumpkin seeds.

Free radicals can cause oxidative stress, which is known to play a key role in the development of some cancers. To combat oxidation, a diet full of antioxidants is optimal for health. Pumpkin seeds are unique in their composition of antioxidants, which may explain some preliminary data that suggests a decrease in cancer risk associated with their consumption. Pumpkin seed residues have also been found toxic to some forms of melanoma, and other cancers.

Pumpkin seeds are one of the richest sources of tryptophan. Tryptophan is an amino acid that precursor to serotonin, which is then converted into melatonin, the “sleep hormone. “Eating pumpkin seeds a few hours before bed may be especially helpful in getting a good night’s sleep.

Antioxidants are powerful substances which are important to good health and preventing diseases, due to their ability to prevent oxidation of molecules in the body. The most well-known sources of antioxidants are fresh fruits and vegetables, but they are also abundant and diverse in several varieties of pumpkin seeds. 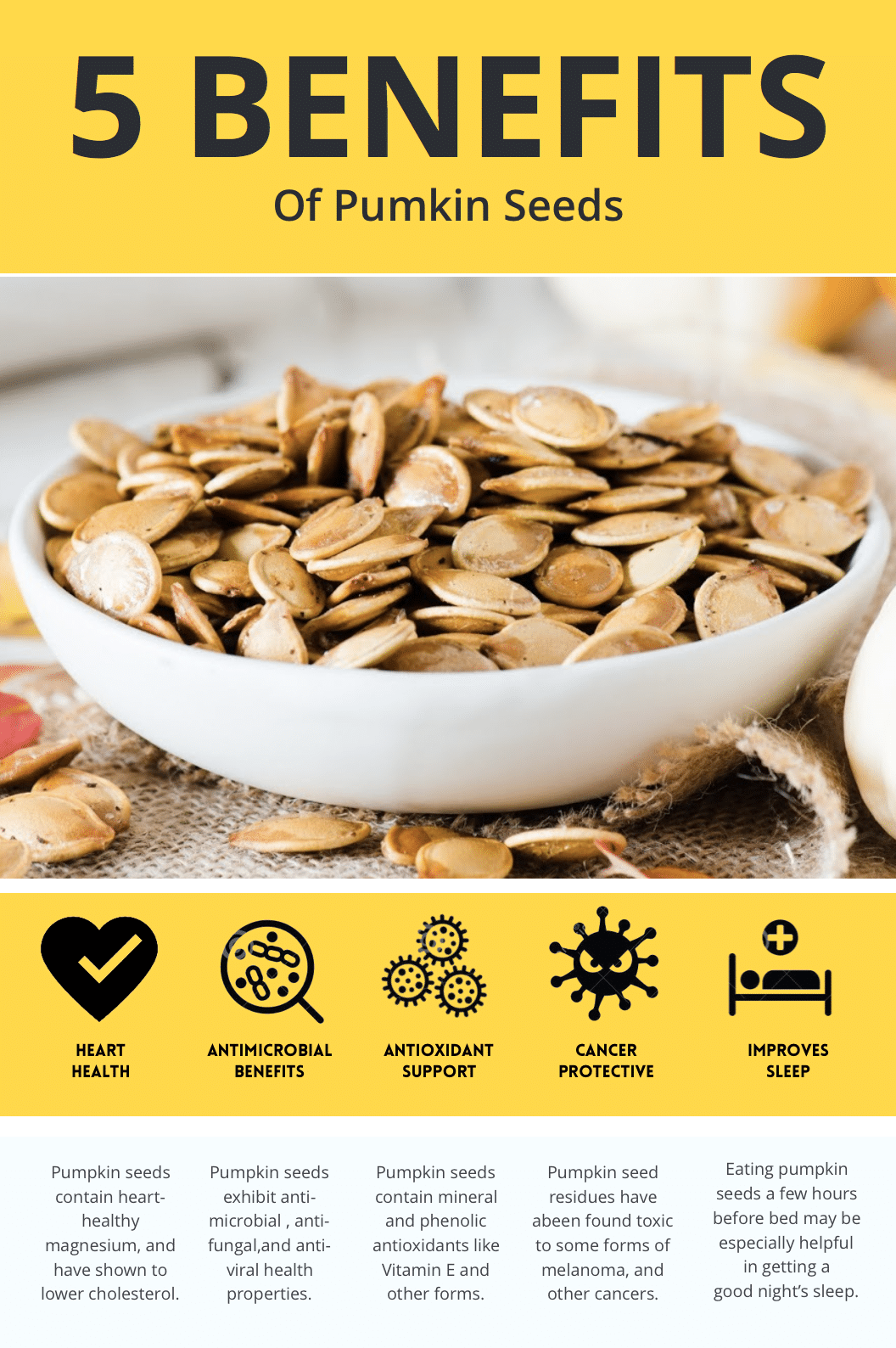