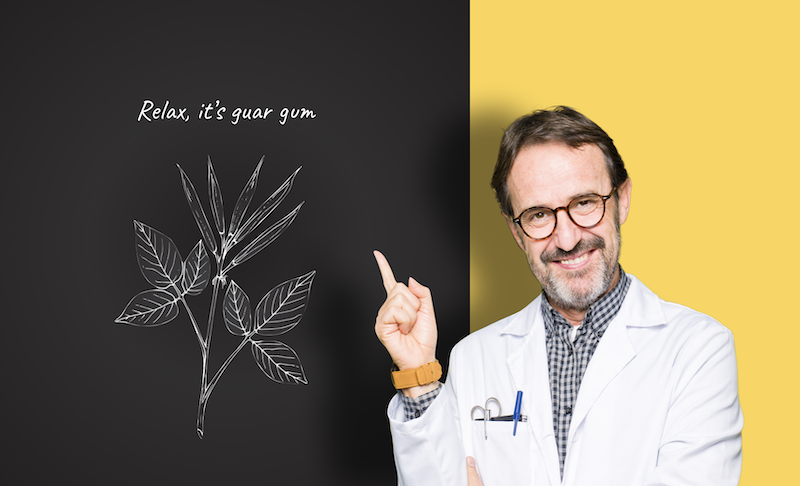 How many times have we been warned that if we “See an ingredient we don’t recognize, our body won’t either.”  Many keto dieters and paleo dieters alike have adopted this food ideology, almost without question.  However, if you’re on the ketogenic diet, you’ve likely seen some strange ingredients in recipes that you have never heard of before, such as xanthan gum or guar gum.  You may have even assumed that these food stabilizers were unhealthy.  It is this exact misconception that brings us to tackle the question “Is Guar gum keto friendly?” And, “Is guar gum healthy?”

We hope you read this article, and consider putting the old “If you see an ingredient you don’t recognize, your body won’t either” adage to rest. You do not want to miss out on the benefits of guar gum on a keto diet.

Dietary fiber exists in soluble and insoluble forms. When dissolved in water, soluble fiber forms a gel inside of the small intestine, which slows gastric emptying.  Slowing gastric emptying is associated with reducing blood sugar and cholesterol [2]. Soluble fibers are also stimulate the growth of beneficial bacteria like lactobacillus and Bifidobacterium in the colon that exert a regulatory effect on the gut [3].

Guar Gum is a Dietary Fiber

Guar Gum and the Ketogenic Diet

The ketogenic diet is notoriously low in fiber. Animal products such as meat, seafood, eggs, and dairy do not contain fiber.

Unsurprisingly, the most common adverse effects of the ketogenic diet are gastrointestinal in nature and include constipation, vomiting, nausea, diarrhea, reflux, gas, and abdominal discomfort. [ 5 ]. Other potential adverse effects of the Ketogenic Diet include increased levels of total cholesterol and triglycerides, which has been cited on numerous occasions [6, 7, 8, 9, 10, 11, 12, 13, 14, 15, 16, 17].

In stark contrast, guar gum is commonly used therapeutically for constipation, diarrhea, irritable bowel syndrome (IBS), high cholesterol, and high blood pressure. In fact, some people use guar gum for weight loss, diabetes, and other conditions as well. Thus, guar gum may make an excellent addition to a ketogenic diet.

Constipation
In randomized controlled trials, guar gum was found to be generally well-tolerated, while having a laxative effect in adults and children with constipation. [18, 19, 20 ]. In children, preliminary clinical research suggests that taking 3-5 grams of guar gum daily for 4 weeks increases bowel movement frequency by 20% while decreasing abdominal pain by 67% compared to baseline. These improvements are similar to those reported in constipated children treated with lactulose [21].

High Blood Pressure (hypertension)
A double-blind, placebo-controlled, cross-over study was carried out in 25 middle-aged men to test the effects that guar gum had on glucose and lipid metabolism, and blood pressure. The study found that taking 10 grams of guar gum with a meal reduces systolic and diastolic blood pressure in people with high blood pressure. These findings support the role of guar gum in the treatment of metabolic syndrome and insulin resistance[27].  Another study in 40 overweight men confirmed that guar gum reduces hypertension. The study suggests that the findings support guar gum as a viable alternative to pharmacological treatment in hypertension [28].  Another A double-blind, placebo-controlled guar gum trial was carried out in 17 men with diabetes.  The study found a reduction in diastolic blood pressure and serum cholesterol concentration. These observed changes associated with guar gum supplementation suggest that guar gum may reduce risk for  cardiovascular events in diabetic patients [29].

Of note, research suggests that another soluble fiber, psyllium husk (which has also erroneously been maligned) may be more effective for reducing blood pressure than guar gum [30].

Small Intestinal Bacterial Overgrowth (SIBO) Abnormal intestinal flora is involved in the pathogenicity of small intestinal bacterial overgrowth (SIBO).  Treatment for SIBO requires antibiotic therapy.  One study aimed at understanding the role of fiber supplementation randomized 77 patients with SIBO to a rifaximin antibiotic-only treatment for control, and the other group received 5 grams of guar gum per day for 10 days. The study found that eradication of SIBO in the control was 62.1%. The combination rifaximin and guar gum group had an eradication rate of 87.1%.  Thus, guar gum appeared to help eradicate SIBO significantly more than antibiotic treatment alone [35].

While guar gum is generally well-tolerated,  some individuals experience mild side effects including abdominal cramping, bloating, diarrhea, flatulence, and loose stools. However, studies suggest that the side effects of guar gum can easily be mitigated by starting with small doses and slowly increasing them up [36, 37].

Guar gum is also considered a functional ingredient because it offers dietary fiber to keto foods and beverages while behaving as a thickening, stabilizing, suspending, and binding agent. Guar gum can also combat some of the most common side effects of the ketogenic diet and improve its tolerability.

Thus, guar gum is keto.  It is also an acceptable— and encouraged— ingredient in Keto certified products. Guar gum is allowed in Keto Certified Standards. 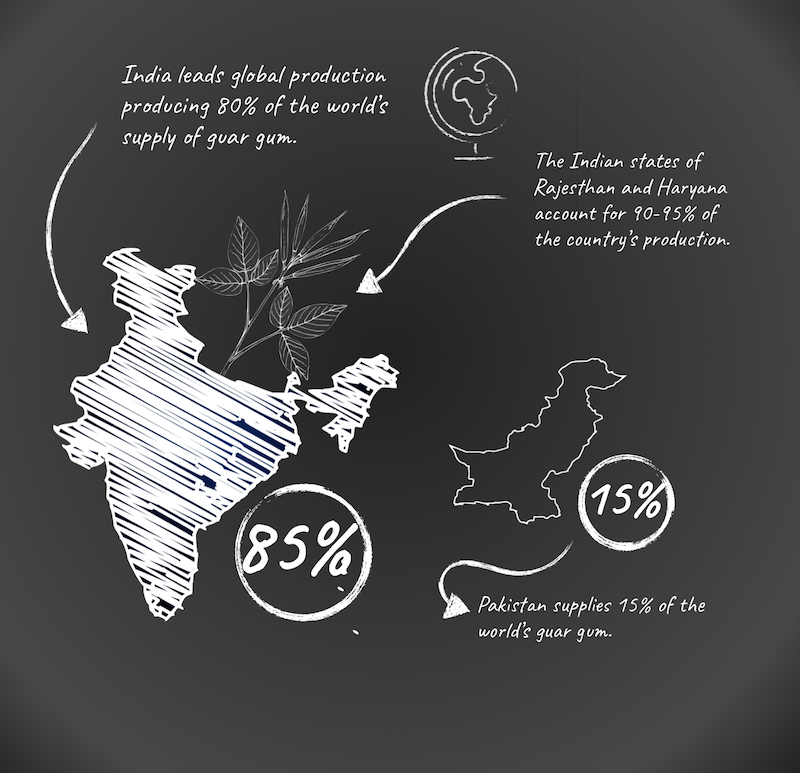