The 5 Ways to Test for Gluten in Food 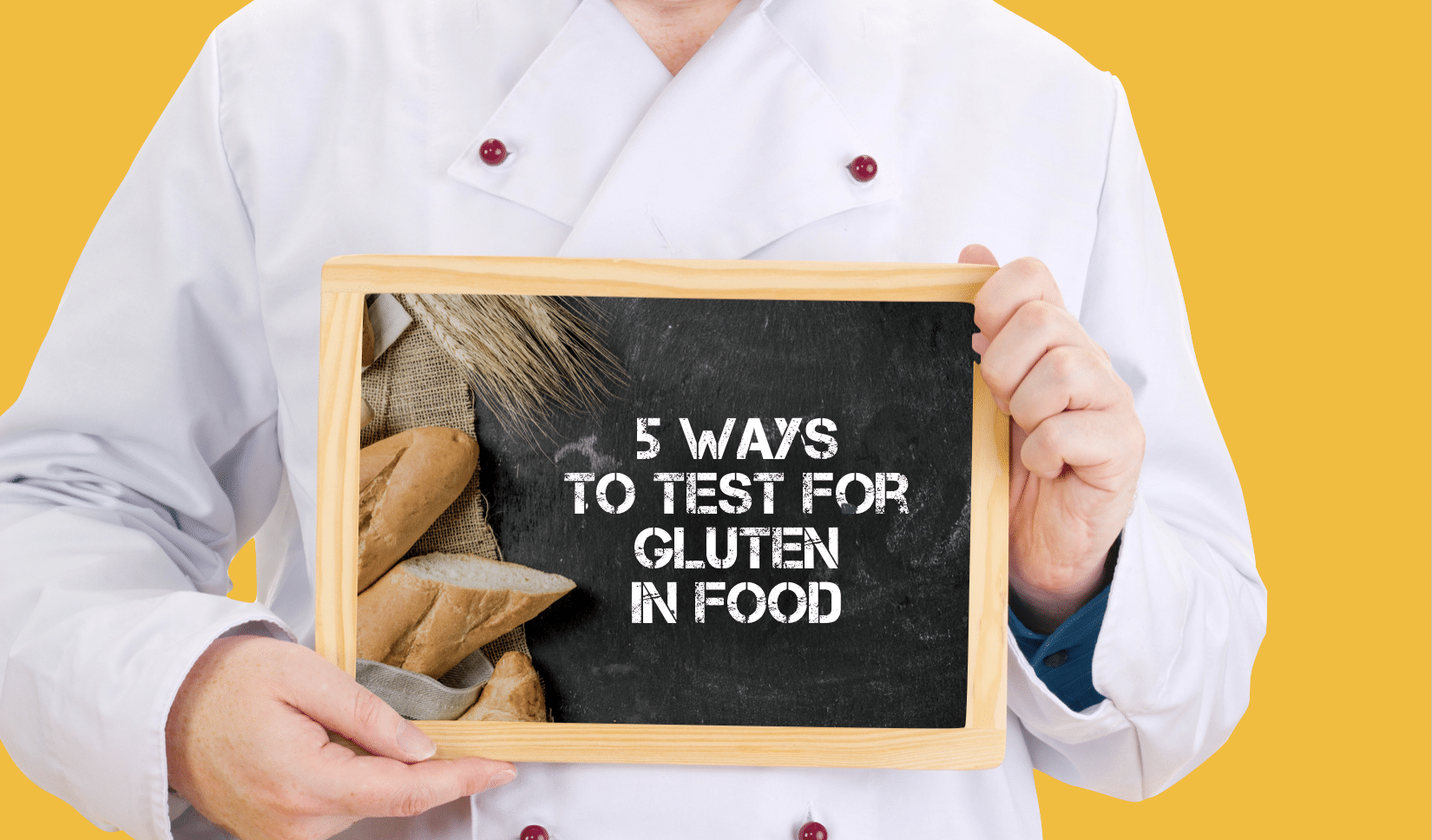 For those with gluten sensitivities or gluten intolerances, eating food that you did not prepare yourself can be difficult. It’s one thing to be allergic to the food you can easily see,  but it’s another to be intolerant to a type of protein that’s seemingly everywhere.

Even if you purchase something that you wouldn’t expect to contain gluten as an ingredient, the dangers of gluten cross-contamination are still all too real. Anyone with a food allergy can relate to anyone who can’t tolerate gluten, who has Celiac Disease, or who have issues with gluten cross-reactive foods in these situations.

Fortunately, certain technological advances like the 5 ways to test for gluten below, and grain-free or gluten-free certifications exist to help consumers identify foods that are safe for their sensitivities or intolerances.

For the Grain-Free Gluten-Free Certification Program, the Paleo Foundation has a two-round auditing process. First, product ingredient statements are audited by inspectors to ensure that the products do not contain grains. Then, the products are sent to a lab using an R5 ELISA assay to test for gluten and are tested as well as for gliadin competitive and prolamins.

This process allows us to ensure a truly grain-free, gluten-free end product that consumers can trust. And while certification is one of the easiest ways to ensure food safety to consumers, there are many ways to test for gluten in food. The following at the top 5.

Rapid gluten tests allow you to detect gluten in a quick and easy way on-site.  It doesn’t matter where you are or if you don’t have a personal laboratory (well, who does?), rapid gluten tests are portable and user-friendly.

Depending on the product, a rapid test kit could make use of a dip-stick or a cotton swab. If you’re familiar with litmus paper for testing acidity, rapid test kits work almost the same way.

Regardless of brand, the general procedure is to first prepare the solution using a small cup, then use the dip-stick or cotton swab on any surface, not just food.

Tabletops, dining tables, even household utensils could contain traces of gluten due to food preparation. After swabbing the area, dip the stick or swab in the solution. If there is gluten present, either the solution changes color or the dip-stick/swab does.

The “R5” means the R5 antibody was used and “ELISA” is Enzyme-Linked Immunosorbent Assay. The R5 ELISA is an immunochemical method used to not just detect, but also quantify a specific type of protein.

The R5 ELISA is a more accurate assay as it’s capable of detecting gluten traces as small as 2.5 ppm. However, due to its more advanced detection system, it’s more expensive and not something you would use at home.

The R5 ELISA is a method used to test for gluten specifically in food.  It’s commercially available as of R5 sandwich ELISA and R5 competitive ELISA. The sandwich version is used for measuring intact proteins while the competition is used for smaller-sized protein fragments found in partially degraded gluten.

Lateral Flow Devices or LFDs are to qualitatively tell you if gluten is present in food.  Meaning, it can only tell you if there is or there isn’t gluten in the food, but not the exact amount.

Some LFDs offer some form of quantitative measurement, but these are often in ranges or rounded up and not accurate.  Nevertheless, LFDs are available commercially. LFDs work similar to dip-stick tests and use a line of fixed antibody on a strip surface and another antibody with a color alteration to act as a visual aid.

When a liquid sample is applied to the strip, both antibodies migrate across the strip surface together. If the sample has gluten, the two antibodies will bind and will form a “sandwich” line, with gluten in the middle. When they bind, the colored portion of the second antibody will become more prominent and the line becomes darker.

It’s quite complicated to explain but easy enough to use.

The Western Blot analysis is a technique used in detecting specific proteins and involves separating proteins based on their molecular weight and electrical charge. After separation, the proteins are exposed to one or two antibodies to determine the nature of the protein. Since it involves various solutions and equipment, this technique, while extremely accurate, is lab-exclusive and is carried out by professionals.

Unlike the other tests, gliadin competitive are used to analyze fermented and hydrolyzed and declared-as-gluten-free foods such as beer, starch, malt extract, and soy sauce. It makes use of the same R5 antibody the R5 ELISA uses to recognize potentially toxic gliadin sequences found in wheat, rye, and barley.

What sets gliadin competitive apart from the R5 ELISA is all about the hydrolyzed nature of the food product. When gluten is hydrolyzed or broken into smaller fragments, the resulting chemical composition may not be recognized by the simpler R5 ELISA. Specifically, it may not recognize the QQPFP epitope, a binder found in gluten.

A gliadin competitive works by measuring prolamins (a group of plant proteins) found in grains and pseudograins. The R5 antibody used then recognizes the QQPFP in a more stricter manner, so to speak.  The fact that a gliadin competitive is specifically used in hydrolyzed foods is what sets it apart from traditional gluten testing kits.