What is Celiac Disease? 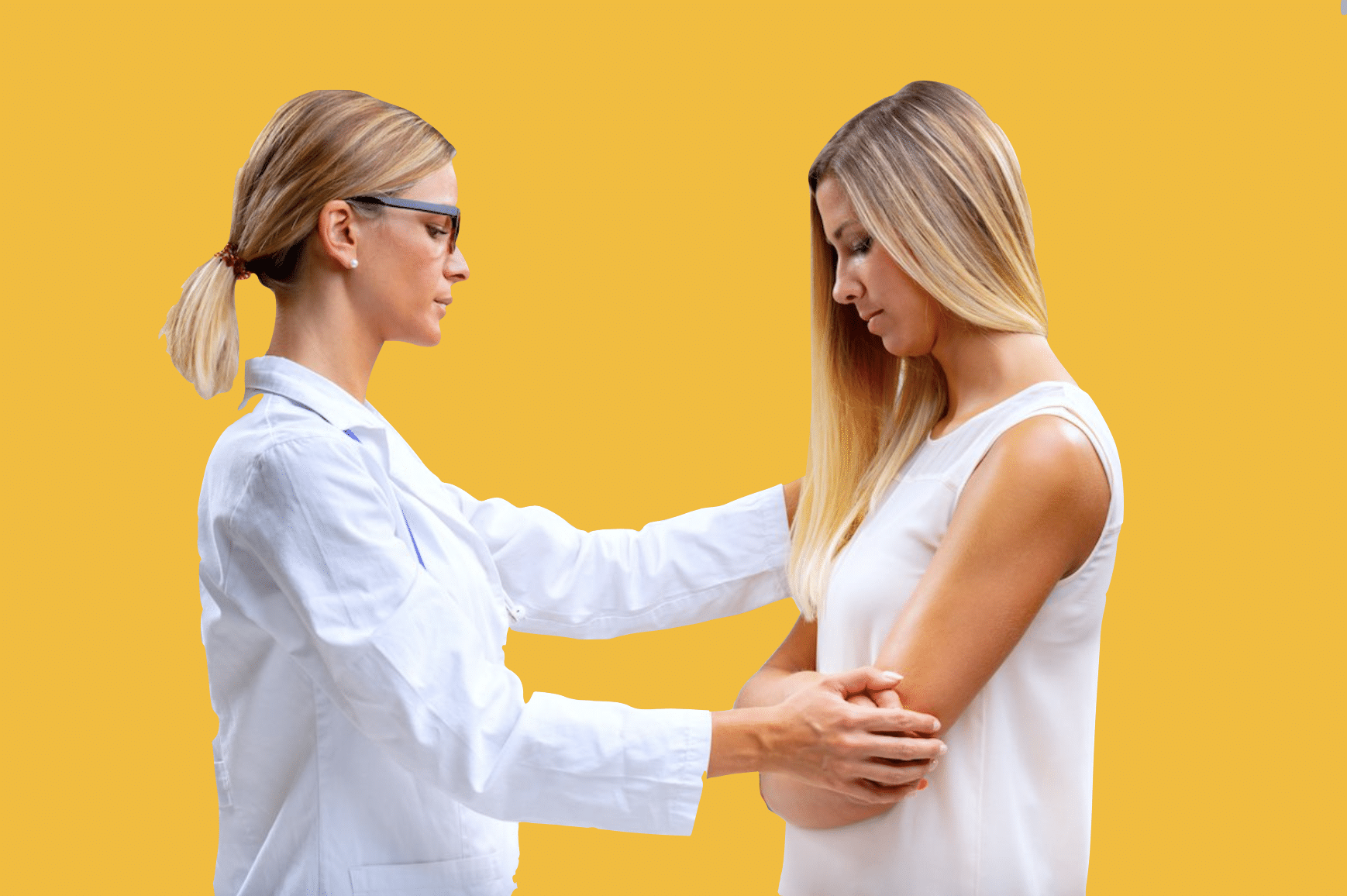 When you finally decided to pay your doctor a visit due to a mysterious and prolonged bout of diarrhea, the news he gave you may have caught you off­guard. He said you might have Celiac Disease, which is something you’re at least aware of, but probably vaguely familiar with.

While you’re likely to have already heard of it, there’s an equal chance that you’re a bit unsure as to exactly what is and, perhaps more importantly, why you have it. The key to knowing how to manage Celiac Disease (CD) is to understand what it is, what it does, and how it manifests in the body. With this knowledge, you’ll also know how you can deal with your symptoms and manage the disease sufficiently well.

Celiac disease, also known as Celiac sprue, Coeliac, and gluten­sensitive enteropathy, emerges upon the consumption of wheat, barley, rye, and other types of food containing the protein gluten. [1]

Patients who suffer from Celiac Disease experience an immune response in their small intestine triggered by gluten consumption. This reaction to gluten damages the tiny, hairlike lining in the small intestine called villi. The villi are responsible for nutrient absorption; damage to your villi impairs your ability to absorb nutrients regardless of the amount of food you consume.

Thus, this reaction leads to the degradation and damage of the small intestine’s lining, causing malabsorption and resulting in diarrhea, weight loss, anemia, and even more severe complications. 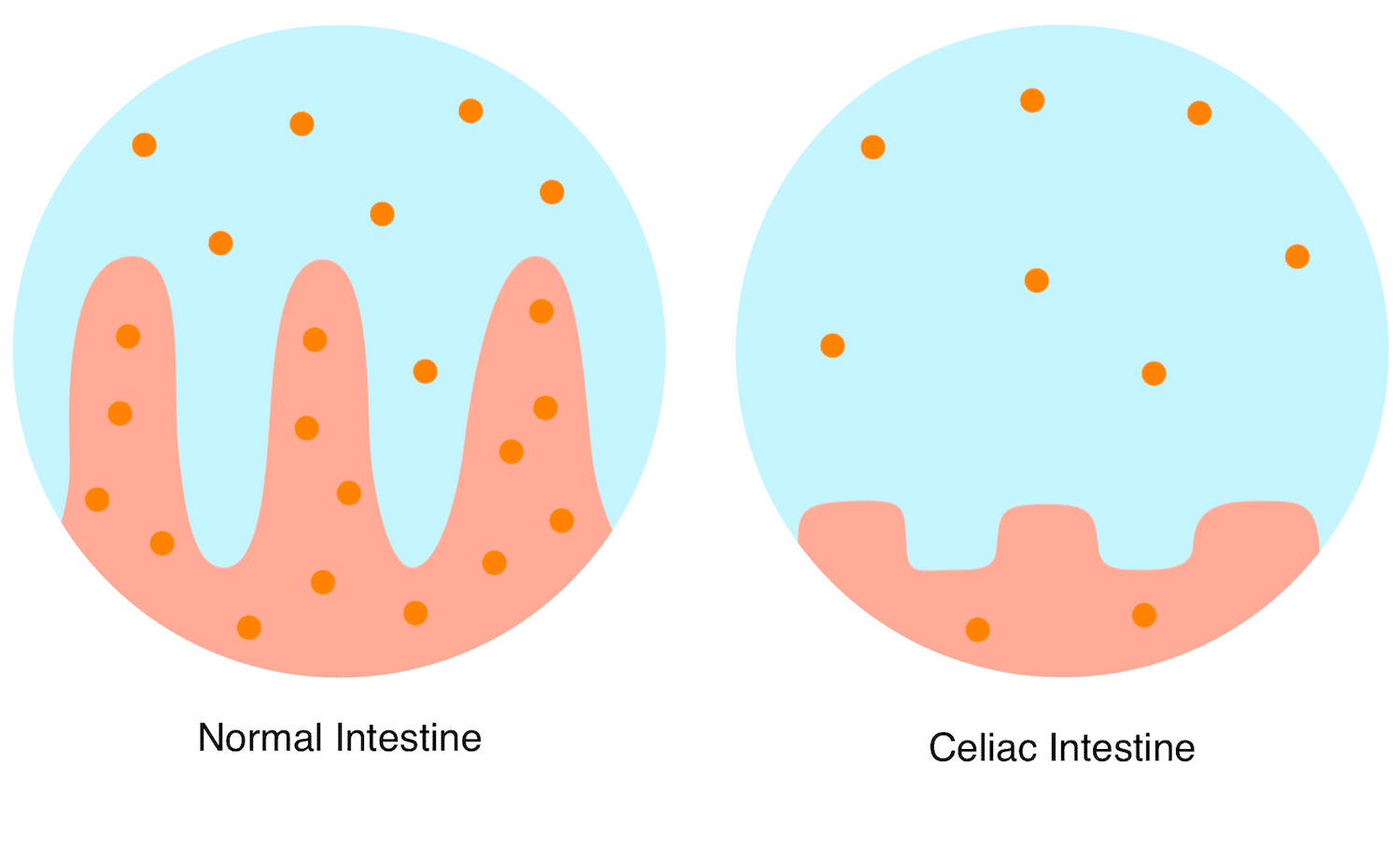 The process of pinpointing the disease in children and adults varies due to the fact that the symptoms they experience tend to be different. Here’s a list of symptoms often experienced by adults:

Celiac Disease can worsen over time if left undiagnosed or untreated. Some of its more serious effects include:

● Severe malnutrition due to the small intestine’s inability to absorb nutrients
● Loss of calcium which can cause osteomalacia in children and osteoporosis in adults
● Reproductive problems such as infertility or miscarriage
● Lactose intolerance (which may persist even after successfully managing celiac disease)
● Cancer (such as intestinal lymphoma and small bowel cancer)
● Seizures, peripheral neuropathy, and other neurological issues
● Delayed puberty, weight loss, and failure to thrive in children

Diagnosing celiac disease begins with having yourself or your children tested as soon as you notice the onset of the distinct symptoms listed above. To be more specific, any digestive discomfort that you experience for more than two weeks should be reported to your doctor. In the same way, children exhibiting irritability, paleness, or bulky and pungent stool would benefit from a check­up.

Note that the symptoms of celiac disease are similar to those of other conditions such as Crohn’s disease and irritable bowel syndrome (IBS), which makes it more challenging to test for this illness. In addition to this, celiac disease is known to affect almost all the body’s systems [2] and organs, which increases the difficulty of spotting it with absolute certainty. [3]

However, a study has shown that a specific kind of point­of­care blood test is impressively high in accuracy when it comes to diagnosing new cases. [4]

An additional step in confirming a possible celiac disease diagnosis is an upper gastrointestinal endoscopy. This procedure is low­risk, and should not take more than 15 minutes. Your doctor can identify any inflammation or damage in your small intestines resulting from celiac disease via a biopsy. [5]  However, for this to work, you must currently be on a gluten­ containing diet.

Despite careful gluten management and avoidance, however, you may still suffer the effects of Celiac Disease if you have the nonresponsive variety. This particular type of celiac disease renders you unable to manage your symptoms after even just the contamination of gluten in your diet.  This, in turn, could lead to other complications such as impaired pancreatic functions, IBS, and bacterial overgrowth in the small intestine.

Meanwhile, an even rarer kind of celiac disease is refractory celiac disease, which causes substantial malabsorption in spite of the patient adhering to a diet completely free from gluten. Either way, you’ll need to work closely with your doctor in figuring out how to manage your symptoms properly and minimize the damage your disease will do to your body.

While the consumption of gluten triggers Celiac Disease and its symptoms, the specific cause has yet to be determined. That said, there are various reasons why people have Celiac Disease. One of them is the fact that Celiac Disease is hereditary.

Having a family member diagnosed with Celiac Disease is an indicator that you should probably get yourself checked as well. Some genetic variations seem to be risk factors in developing the disease, although they aren’t an automatic guarantee that you’ll suffer from it.

On some occasions, surgery, pregnancy, childbirth, infections, and even stress can serve as triggers for Celiac Disease. It may also spring from infant feeding practices, gastrointestinal infections, or even gut bacteria. Sometimes it is triggered — or becomes active for the first time — after surgery, pregnancy, childbirth, viral infection or severe emotional stress. People who appear to be more susceptible are patients with: 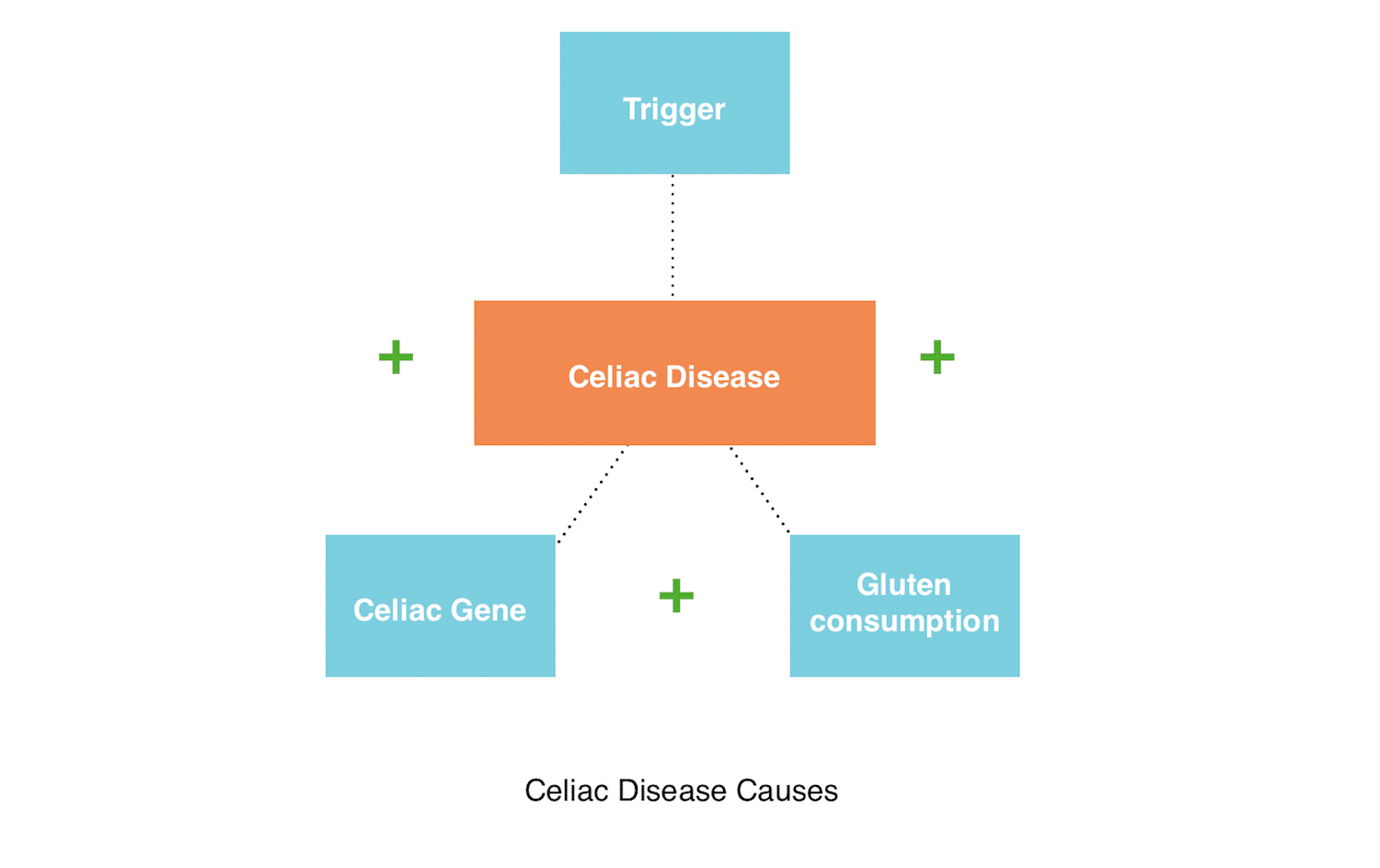 While there is currently no cure for Celiac Disease,  it is possible to manage the symptoms and even facilitate intestinal healing through a combination of a strict grain free and pseudograin free or gluten ­free diet, supplementation regimen, and constant, consistent guidance from a medical professional. [7]

However, it is highly advised to seek a professional opinion before choosing to adhere to a grain free or gluten-­free diet.  If you suspect you may have Celiac Disease given your symptoms, you’ll need to get accurate results on whether or not you have Celiac Disease, which may require you to consume the same amount of gluten that you usually do.

If your condition fails to improve even after a gluten­-free diet for an extended period, further tests, medication, or dietary interventions may be required by your doctor.

Lastly, it should be noted that the adoption of a Gluten-Free Diet may not be beneficial for individuals who do not have Celiac Disease and may even have serious unintended consequences. Unwarranted dietary interventions such as a Grain Free or Gluten Free Diet may contribute to reduced consumption of prebiotic polysaccharides, which may negatively impact gut health via an increase in pathogenic enterobacterial counts. [8] 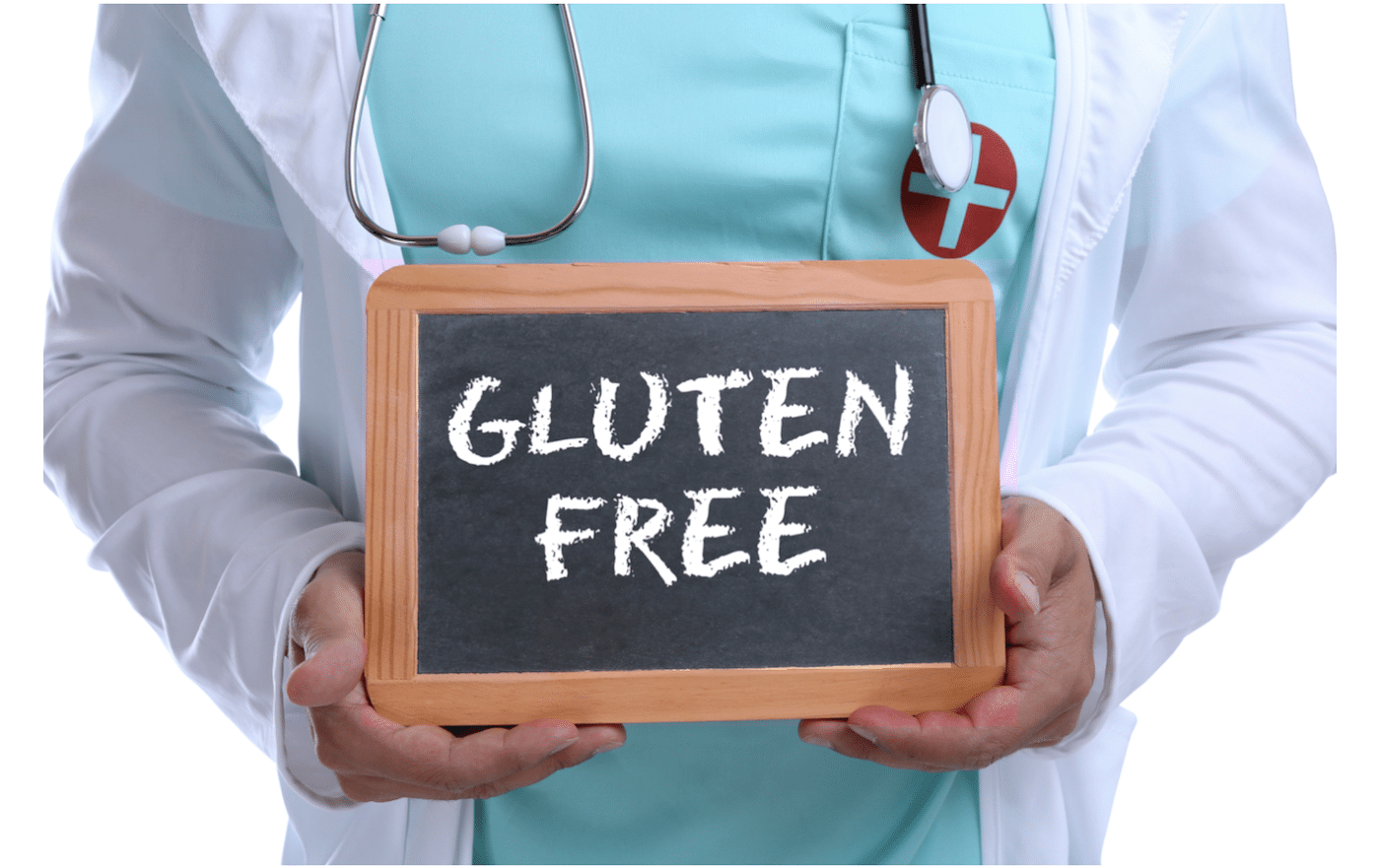