Is Allulose Keto or Paleo Friendly? 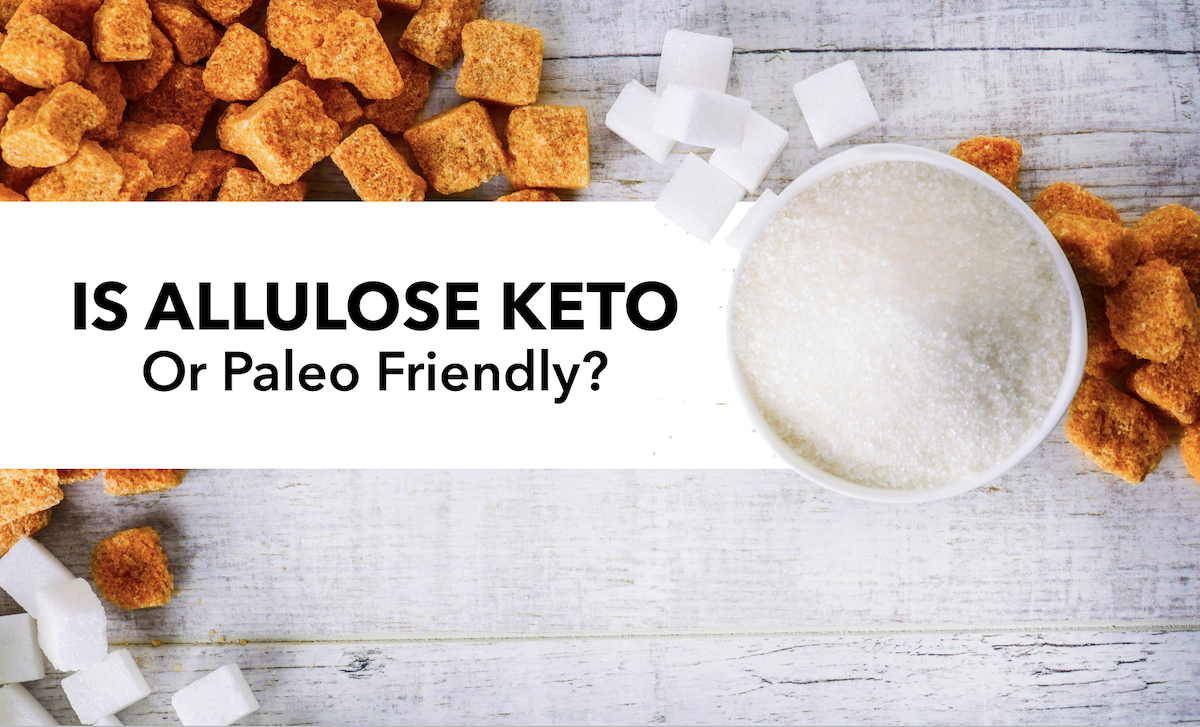 One of the biggest challenges that people on the Keto, Paleo, or other low-carb diets face is finding alternatives for some of the food items that defined our eating habits for years. For example, while whole wheat bread is not compatible with people trying to limit their carb intake to 30 grams per day, it can be hard to change our breakfast habits if we have grown accustomed to eating toast for breakfast. Keto-friendly bread alternatives, however, would allow people on a low carb diet to maintain their breakfast routine while still substantially improving their dietary choices. Allulose is one sweetener alternative that, when used correctly, allows people on low-carb diets to sweeten their foods and beverages without adding significant amounts of calories and carbs.

People in the United States have a primary sweet tooth. Between 2018 and 2019, Americans consumed about 11 million metric tons of sugar, which is an increase of one million metric tons from 2010. Despite an alarming rise in diabetes, the U.S. Diabetes Council finds that the United States has the highest average daily sugar consumption per person with the average person consuming 126.4 grams of sugar per day.

The American Heart Association (AHA) recommends a maximum amount of added sugars of 150 calories per day (37.5 grams) for men and 100 calories per day (25 grams) for women. However, for people trying to get their body into a state of Ketosis, this is way too much carbohydrate intake from sugar consumption. One teaspoon of sugar contributes around 5 grams of carbohydrates, and 20 calories while a tablespoon contains upwards of 15 grams of carbs and 60 calories. Two spoonfuls of sugar in your morning coffee, then, will likely put you at the limit of your carbohydrate intake for the day. Fortunately, there are several natural, sweetener alternatives that contain extremely low carbohydrates for people on the Keto Diet. From Stevia to Monk Fruit sweetener, people who want a bit of sweetness in their lives have options beyond sugar and honey, and Allulose is one product worth exploring.

Allulose is one of the rare sugars that naturally occur in different plant species in nature. While it was initially identified from wheat, Allulose is most widely recognized as being found in fruits such as jackfruit, figs, and raisins. On a chemical level, Allulose is a monosaccharide which is the simplest form of sugar and the most basic units of carbohydrates.

Unlike regular table sugar (sucrose), Allulose is known to have at least 90 percent fewer calories and has virtually no effect on blood glucose levels or insulin levels. Unlike super sweet sugar alternatives such as Monk Fruit sweetener, Allulose is only about 70 percent as sweet as sucrose. One of the challenges with the extraction and production of Allulose is that it is only naturally present in small quantities of the fruits mentioned above. For this reason, most Allulose production today comes from corn. The fermentation of corn allows the fructose to be converted into Allulose through an enzymatic conversion process. In most cases, the enzymes are used from a genetically engineered microbe.

Is Allulose Keto and Paleo Friendly?

For people who are solely interested in limiting their carb intake, allulose is an acceptable sweetener alternative to sugar. Allulose can help to control blood glucose levels while drastically reducing your carbohydrate intake. One study also suggested that allulose might be able to oxidize more fat for energy, which is essential for the Keto diet. In the study mentioned above, people in the allulose group (compared to the control group), had lower plasma glucose levels while their free fatty acid levels were significantly higher. Thus, allulose can be considered to be Keto-friendly.

For people who adhere to the Paleo diet, however, most of the commercially produced allulose will not be acceptable due to the fact that it comes from corn. Because the Paleo Diet excludes corn-derived ingredients, allulose can only be consumed on the Paleo Diet if it comes from natural, unprocessed sources, such as dried fruits, brown sugar, jackfruit, figs, etc.

Allulose offers both benefits and drawbacks for people on low-carb diets. On the plus side, Allulose is a natural sweetener alternative that is absorbed but not metabolized by the body. The use of this sweetener allows people on low-carb diets to enjoy a natural sweetener that contains roughly 70 percent the sweetness of table sugar while offering 90 percent fewer calories.  Thus, people can enjoy different types of sweets and desserts while maintaining a metabolic state of ketosis.

On the downside, the vast majority of Allulose that is commercially produced comes from an enzymatic conversion of corn that depends on a genetically modified microbe. Furthermore, around 93 percent of all corn produced and sold in the United States is genetically modified (GMO) as well. For people who are worried about the effects of GMOs both on the human body and in the natural environment, Allulose might not be the preferred sweetener alternative.

People on the Paleo Diet would most likely only be able to consume naturally-occurring allulose that is present in certain types of fruits, whereas Keto diet adherents might find allulose as a viable sweetener alternative to satisfy those sweet tooth cravings.  In conclusion, allulose is keto and is allowed in the Keto Certified Standards, whereas allulose is not allowed in the Certified Paleo Standards.