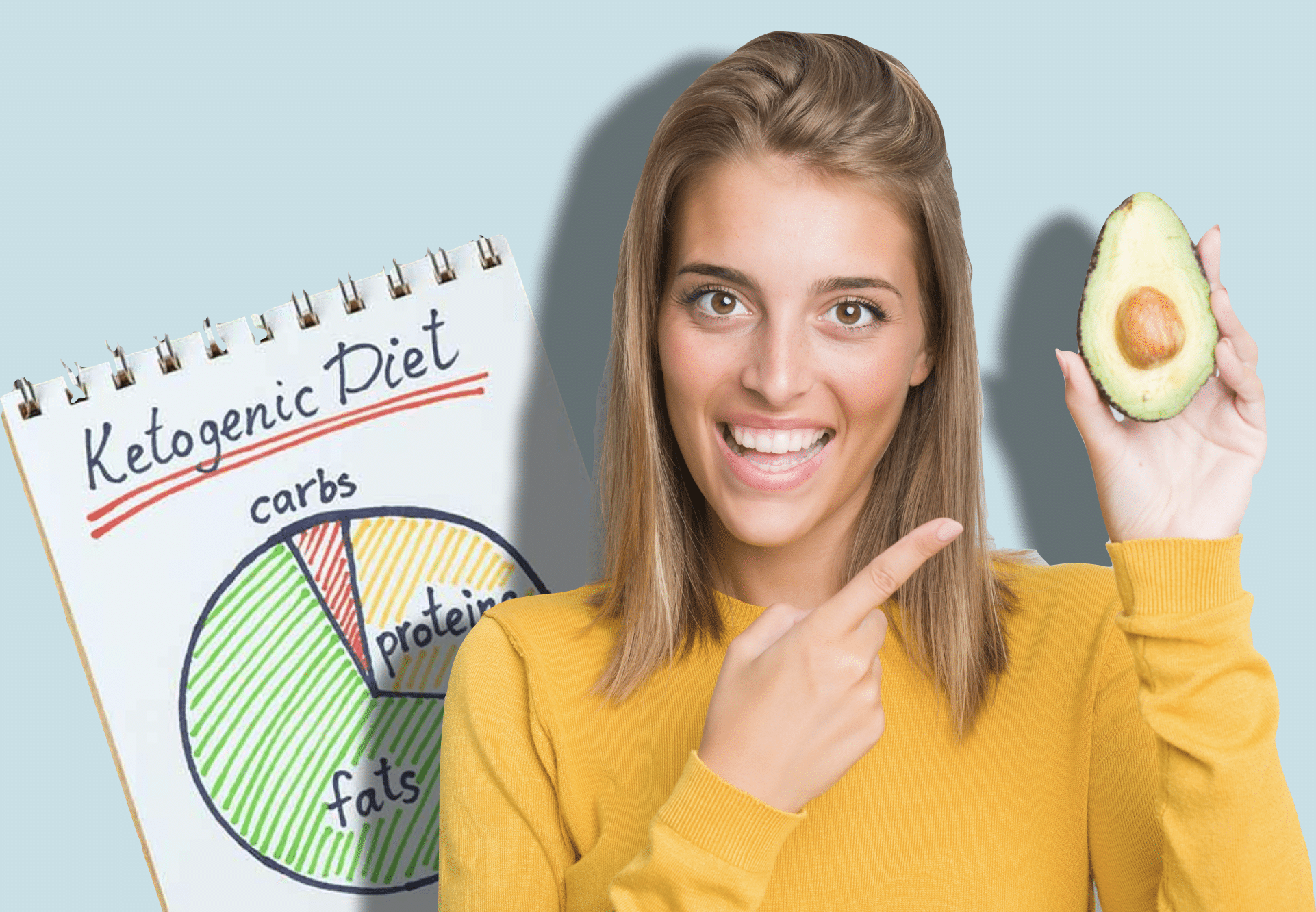 Chances are, you’ve heard of — or perhaps even have a few friends or family members who are currently following — the ketogenic diet or “Keto Diet.” You may even be considering following it yourself, either out of a desire to improve your health or because of your doctor’s recommendations. But before you take the plunge, it helps to understand exactly what you’re getting into, and what the potential keto diet benefits are.

What is the Keto Diet?

The keto diet is one that is loaded with fat, requires a moderate amount of protein, and nearly eliminates carbohydrates. What you are basically doing is forcing your body to transition into ketosis, a metabolic state in which stored fat is broken down into molecules called ketone bodies and used as energy sources.

This occurs when cells do not have any blood sugar (which comes from carbohydrates) to use as the body’s primary energy source. Note that this shift does not happen instantaneously, and that results are not the same for everyone. On average, it takes between two to four days of restricted carbohydrate consumption (20 to 50 grams per day) to initiate ketosis.

While the keto diet has been challenging for some, it has also been used successfully in treating drug-resistant epilepsy [1] and has been prescribed as an alternative diet for obese patients. In fact, studies have shown that sticking to the Keto diet may result in some very welcome (and even surprising) health benefits. The following are 10 of the most significant keto diet benefits.

Studies have shown that reduced carbohydrate consumption plays a role in reducing one’s appetite. In one particular study [2] participants who were instructed to stick to a low-carbohydrate keto diet did not get hungry as often as those who stuck to a low-fat diet.

The keto diet has also been reported to improve the quality of sleep. There may be some obstacles to falling asleep initially, especially during the first three to five days of your keto diet. However, once your body has gotten used to ketosis, it becomes easier for you to fall asleep, sleep deeper, and wake up feeling more refreshed. This was demonstrated in a study that examined children with therapy-resistant epilepsy [3].

Less frequent hunger pangs, of course, will ultimately reduce the amount of food (in other words, calories) that you consume, which helps you lose weight. In fact, another study [4] showed that low-carb dieters could lose up to three times as much weight as low-fat dieters, with the added advantage of not feeling hungry. On top of that, other findings [5] have revealed that a significant portion of the fat lost by low-carb dieters comes from the abdominal area, making this an interesting diet option for people looking to lose those love handles.

This is related to the earlier point about better-quality sleep.  Initially, you may feel sluggish and a bit low on energy after adopting the keto diet. This state is called the “keto flu,” and it is not uncommon for it to be accompanied by headaches, nausea, and other unpleasant conditions.

This occurs as a result of ketosis since the body is no longer burning glucose. However, after a few days, it’s likely that you’ll feel even more energetic than you used to after your body has gotten well-accustomed to burning fat for energy.

Recent experiments involving mice [6] demonstrated that test subjects on the keto diet were observed to have reduced anxiety levels. This was also observed in mice whose mothers were on the keto diet [7]. Researchers attributed it to the keto diet’s low sugar levels and increased emphasis on healthy fat intake.

Higher levels of high-density lipoprotein (HDL) are associated with a decreased risk of heart disease [8]. Increased fat consumption is one of the most effective ways of increasing your HDL levels. This is perhaps why on low-carb diets such as the Keto diet, one can observe a marked increase in HDL levels [9], as opposed to low-fat diets where they even tend to decrease.

The keto diet is also a great idea for people at risk of fatty liver disease. It is typically associated with prediabetes and Type 2 diabetes [10], which results from high levels of blood sugar. The reduction in your carb consumption may lead to lower blood sugar levels, thereby decreasing your chances of suffering from fatty liver disease.

As mentioned earlier, type 2 diabetes is a serious condition resulting from high blood sugar levels. This may occur when a person has insulin resistance. The body uses insulin to safely react with highly toxic blood sugars, enabling it to burn or store the glucose in the cells.

Your inflammation levels may indicate the level of risk you are currently at in terms of developing health conditions such as arthritis, heart disease, and even autoimmune disorders. By measuring high-sensitivity C-reactive proteins (hsCRP) and white blood cell counts, doctors can gauge your inflammation levels. In a two-year study [12], patients that stuck to a low-carb diet displayed a 29% decrease in their hsCRP levels.

Interestingly, the keto diet may lead to improved mental performance as well. There is evidence suggesting that the brain operates more effectively on ketones than on blood sugar. One study [13] found that diet-induced ketosis actually improved cognition in aged rats.

For those who can strictly adhere to it, the keto diet offers an array of health benefits that could make the thought of drastically cutting one’s carb intake bearable or even appealing. However, while the Keto Diet benefits are pretty incredible, it is still best to consult with your physician to see if the Keto Diet is right for you. 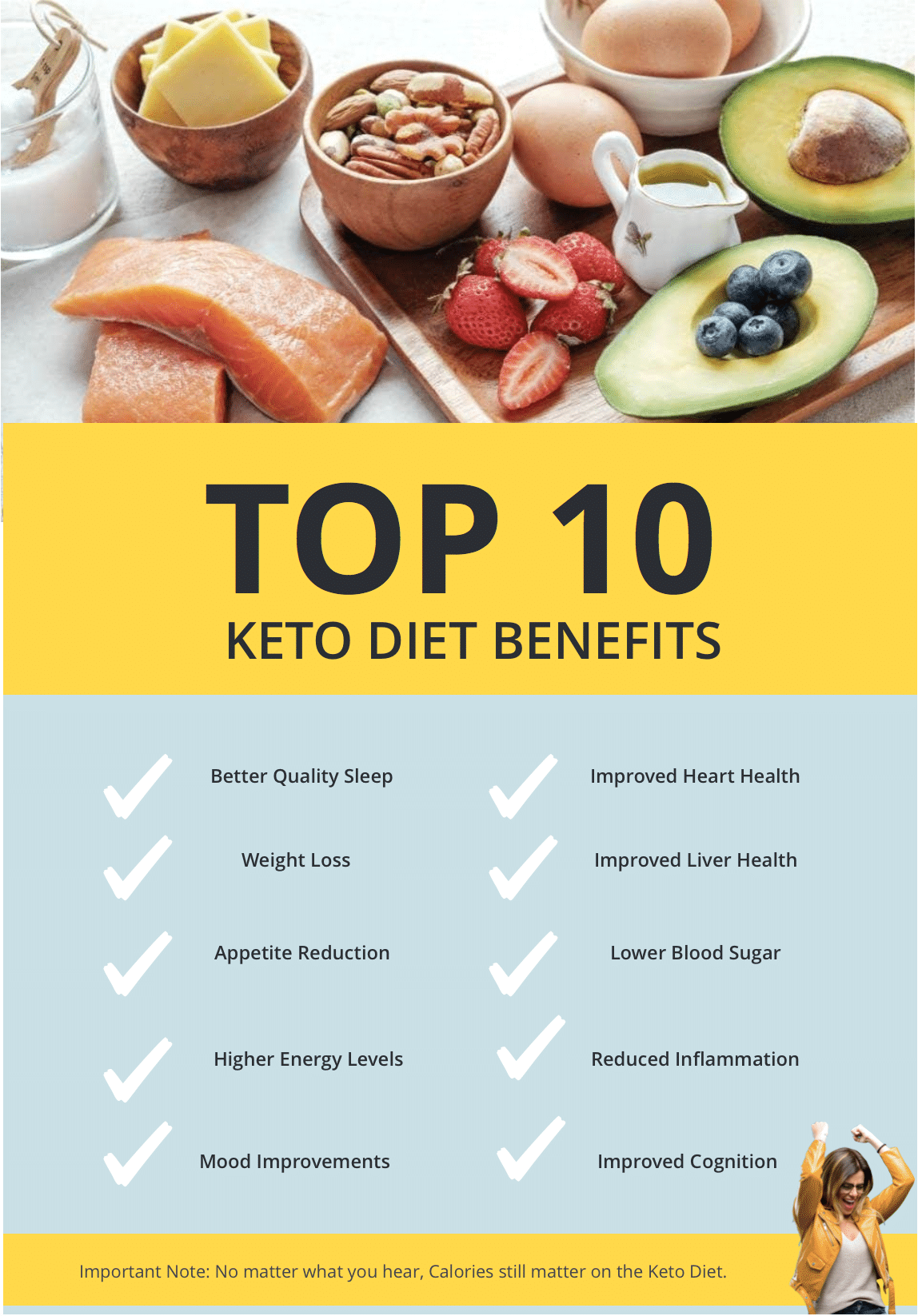