Ractopamine Hydrochloride or simply Ractopamine is a beta agonist drug that increases protein synthesis that has been approved in the United States as a livestock feed additive to improve weight gain, muscle mass, limit fat deposition, lessen waste production, and even reduce overall feed consumption.

In animals, ractopamine works to increase protein synthesis and thicken muscle fibers leading to quicker, leaner growth. An estimated 80% of all beef, swine, and turkey in the United States are supplied with the drug, which is not approved for direct human use under any circumstance.

Why Is It Ractopamine Used?

The United States Federal Register approved its use on January 26, 2000, due to how adding it to feeds was proven to be economically advantageous for both farmer and their livestock. Paylean is the most popular brand of Ractopamine which was involved in a study that observed the agricultural benefits of using the compound.

Arguments for the use of Ractopamine in animal feed

The amount used in meat may be tolerable for human consumption. One study cites the amount excreted by humans through urination was low, and that a clear relationship between urinary concentrations of Ractopamine and daily meat consumption could not be established.

Some prominent websites suggest that ractopamine is associated with a decreased reproductive function, mastitis, birth defects, and death in dairy herds, thereby posing a significant animal health and welfare concern. However, none of the websites we examined linked citations to support those claims. Further, the studies we examined, both published and unpublished, did not offer evidence to support these conclusions, either.

While these side effects may not be associated with ractopamine, they have been linked to compounds such as Gentian violet, 3 Lasalocid sodium, and Recombinant bovine somatotropins.

Arguments against the use of Ractopamine in animal feed

• Ractopamine is currently used in the United States and 21 other countries and was banned in 122 countries including China, the EU, and Russia due to health concerns – specifically those attributed to cardiovascular disease. Many of the tests conducted found adverse cardiovascular effects of ractopamine on mammals including swine, cattle, rats and mice, monkeys, and dogs.

• Ractopamine is often administered in the days leading up to harvesting, and some research suggests that residues may remain in the meat you buy.

• The World Health Organization (WHO) also documented dose-dependent effects on the human cardiovascular system, noting an increase in heart rate and heart-pounding sensations just one hour after administration. Other “minor” side effects described in human studies include tachycardia, vasodilation, muscle tremors, anxiety and nervousness, and hyperglycemia. 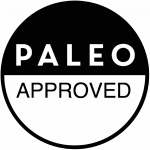 The reason for our ruling is due to our desire to adhere to a Maximum Residue Limit (MRL) adopted by the The International Codex Alimentarius Commission and the Joint FAO/WHO Expert Committee on Food Additives (JECFA). The information published by the two groups suggested that a 10 parts per billion (ppb) limit in pork and beef be adhered to on an international level.  While a large number of countries continued to ban its use in meat production altogether, including all of the members of the European Union as well as China and Russia, Ractopamine is currently legal in the United States, Canada, and Mexico. The allowed Maximum Residue Limit in the United States is 50ppb, which is five times higher than recommended by the Codex and JEFCA.

While the effects of ractopamine on animals have been well documented, the impact on human health is not. Further, not enough evidence exists to support the safety of ractopamine residue at a higher than recommended of 10ppb level for human health. Therefore, we will not allow it in our Paleo Approved programs.