Use of Sub-Therapeutic Antibiotics in Animal Feed 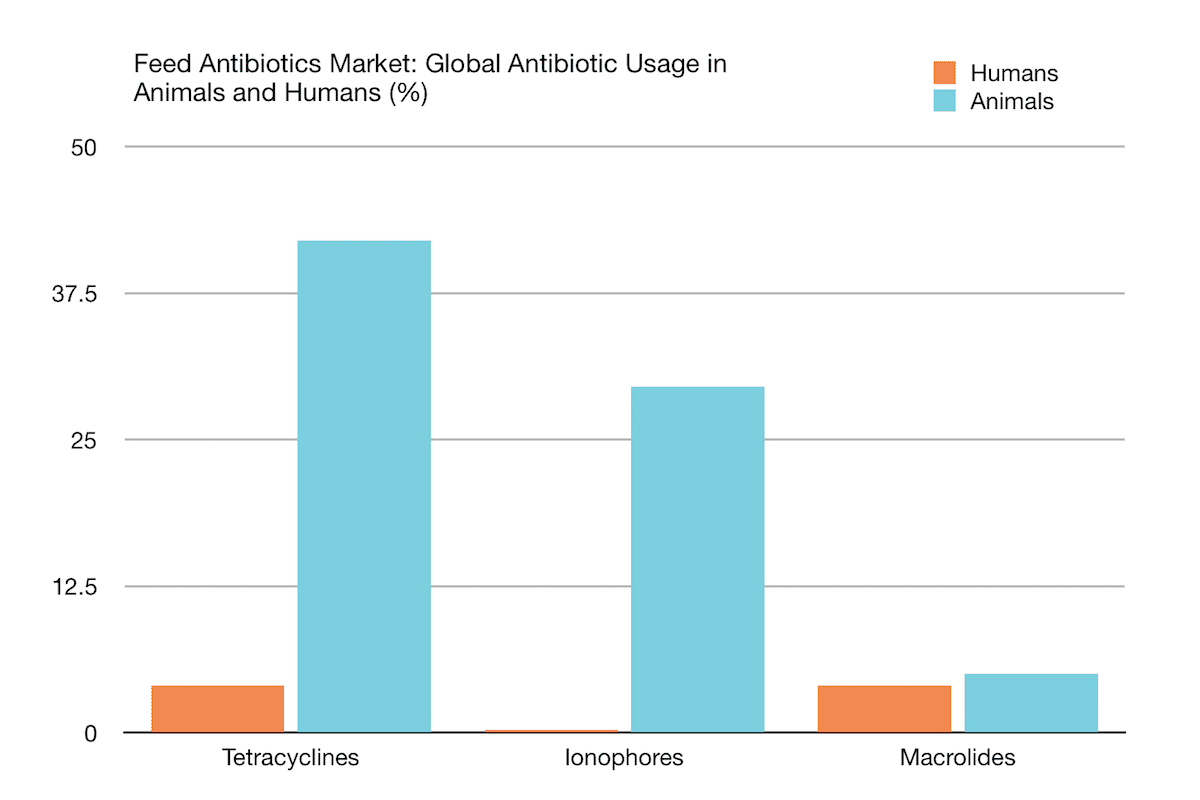 Antibiotics are used for clinical management of infections in humans, animals, and even plants.  However, the antibiotics produced are not exclusively used in non-therapeutic doses though.

In the United States alone, over 24.6 million pounds of antibiotics are used in farms mostly to act as growth promoters. According to a 2013 study, of the 13 million kg of antibiotics given to animals in 2010, the vast majority was meant for promoting the growth of the livestock. [1, 2]

The main purpose of using antibiotics in animal feed as additives are to promote the growth of livestock.  People found out low-dose antibiotics encouraged growth by accident in the ‘40s, and it didn’t take long before the agricultural industry adopted the practice on a global scale. [3]

What are the arguments for the use of Antibiotics in Animal Feed?

The benefits of antibiotics in animal feed mainly fall on the economics of raising animals.  Pigs that fed with antibiotics used 10–15% less feed to get a desired level of growth.  Since the cost of feed constitutes a significant portion of the expenses included in rearing animals, adding antibiotics in feeds significantly cuts down the expenditure.

Adding antibiotics also guaranteed a more efficient conversion of feed to animal product and improvement.  Antibiotic-supplemented feed is known to increase the daily growth rate of animals from 1-10% compared to livestock that fed without any antibiotics.  In chicken, the use of antibiotics penicillin and tetracycline led to more laid eggs and higher hatch efficiency. [4]

Antibiotic feed additives may also improve livestock health. Adding chlortetracycline and sulfamethazine to feeds of animals in industrialized factory farms decreased the risks of bovine respiratory disease, the number of relapses and death, and even the number of animals diagnosed with chronic respiratory disease were found to be much lower than those without antibiotics in their feeds. [5]

What are the arguments against the use of antibiotic based feed additives?

The bigger fear is a situation where humans who have consumed antibiotic-fed animals might build a tolerance for therapeutic antibiotics that would have otherwise helped for treatment of many diseases.

In light of this concern, sub-therapeutic doses of antibiotics in animal feeds and/or water was eliminated as of January 1 2017 due to the new FDA Veterinary Feed Directive. [7]   It is to be noted the EU has banned antibiotic use as growth enhancers as early as January 1 2006. [8]

Alternatives to antibiotic feed additives include antimicrobial peptides, probiotics, prebiotics, synbiotics, organic acids, enzymes, phytogenics, bacteriophages, clay, and even some metals. [9]  However, the challenge is providing consistent results and so far, results vary from farm to farm.  Some of these common substitutes are allowed in Paleo Certification programs.