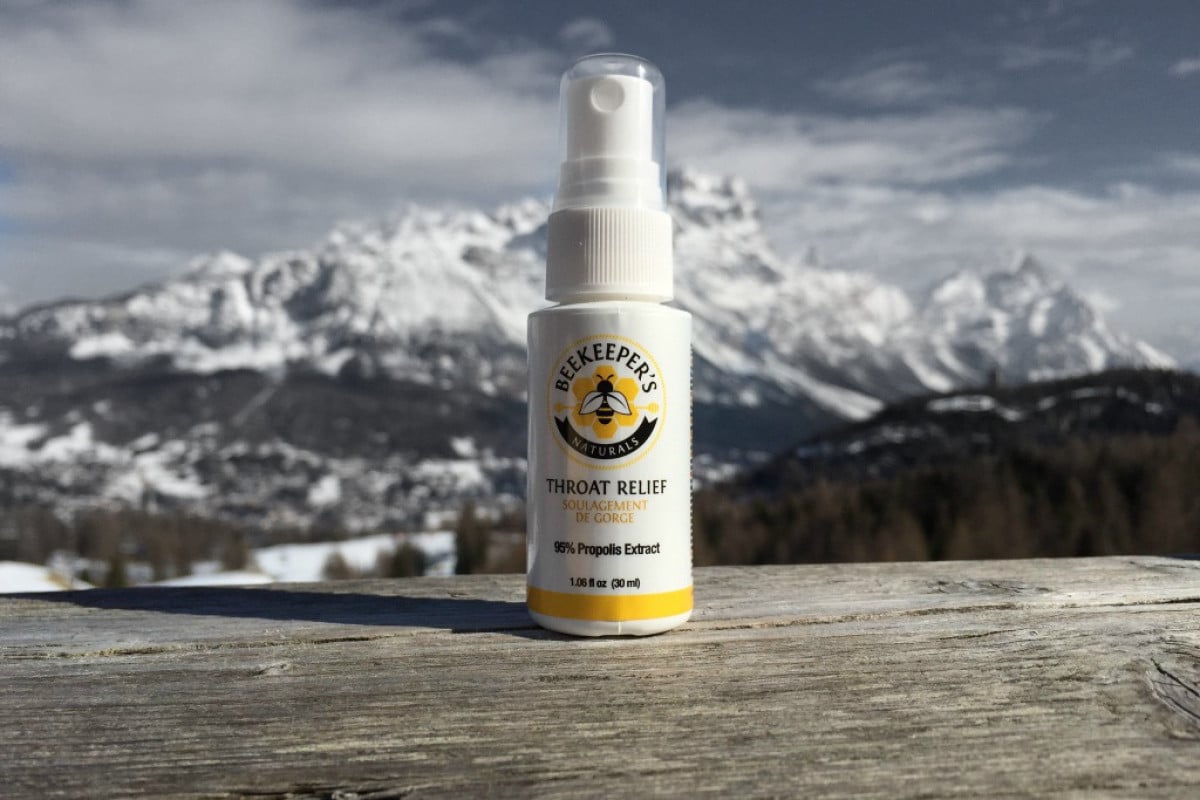 Propolis has been used medicinally since at least 350 B.C., the time of Aristotle. Greeks & Assyrians have used propolis for its healing properties to treat tumors & wounds; and Egyptians used it with their mummification process.

Bee propolis is a composition of essential oils, waxes and resin, that bees collect from botanical sources. The compounds found in propolis extracts include flavonoids, polyphenols, and other compounds such as cinnamic acid.

Should we keep Propolis Spray on Hand for Cold and Flu Season?

Keeping Propolis handy seems like a sensible strategy for maintaining health, especially as we head into cold and flu season, but that isn’t the only reason to keep Beekeeper’s Naturals Propolis Spray on hand.

Several studies demonstrate the ability of propolis to inhibit fungal and bacterial growth. Research is revealing anti-tumor and antimicrobial properties of propolis with the possibility of antioxidant, antiatherosclerotic, vasoprotective, anti-inflammatory, and antiangiogenic properties as well.

In 2012, the NIH reported that propolis may be effective in the treatment postoperative mouth pain, genital herpes and cold sores. There have even been studies on the effectiveness of propolis inhibiting dental caries and dental plaque accumulation.

According to the Journal of Venomous Animals and Toxins including Tropical Diseases & Parassitologia, Propolis appears to have inhibited the growth of bacteria, viruses, and fungi. It also seems to have anti-inflammatory properties that help to heal the skin.

Why I am a Beekeeper’s Naturals Bee-liever

A little history about me. Historically after an episode of pleuritic pain resolves, I develop something that is called SVT, which stands for SupraVentricular Tachycardia. SVT is the abnormally fast heartbeat that, in my case is induced by stress such as an infection. For medical reasons, I have to have an ever-watchful eye of pleuritic symptoms.

My first test to gauge the effectiveness for myself of Beekeeper’s Naturals Propolis Spray was during a flight from Los Angeles to Boston and back. On the way to Boston, there was a cougher and I used the Propolis Spray prophylactically until I made it back home to LA. No signs of any kind of respiratory issue, but I thought perhaps that I could have just gotten lucky or I never was truly exposed. I was still not convinced.

However, within weeks, I was made a believer.

If you’ve never made the trip driving from Los Angeles to San Francisco on the 5 Freeway, consider yourself privileged. Imagine driving through several miles of aerosolized E-coli from a Concentrated Animal Feed Operation. Unfortunately, I’ve made the trip a few times before and know what to expect; chest pain, shortness of breath, and respiratory symptoms that generally last 3-4 days.

Except for this past time.

I began using the propolis spray as we drove through and continued for the next week. The chest pressure was transient and was gone after passing the CAFO and this was the first time I didn’t get the pleuritic pain. The first time. And I am accustomed to getting it EVERY time.

So not only will I continue to use my Beekeeper’s Natural Propolis Spray, but I have already recommended this product to friends and family,  and will continue to do so for years to come. Botushanov, P. I.; Grigorov G. I.; Aleksandrov G. A. (2001). “A clinical study of a silicate toothpaste with an extract from propolis”. Folia Med