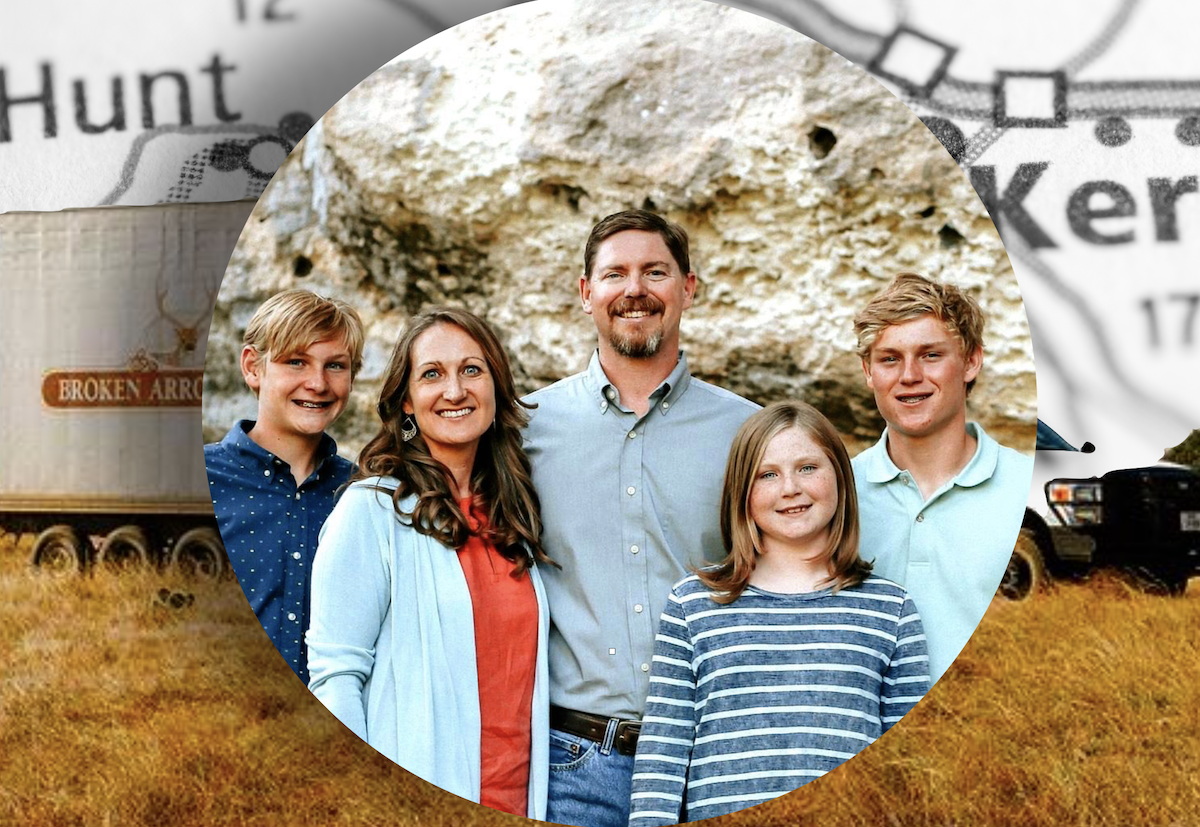 Hardly a day goes by without some new environmental crisis confirming our negative impact on the planet that we share. While most of our attention might be focused on the current COVID-19 pandemic, the reality of climate change, biodiversity loss, depletion of soils, global inequality, and dozens of other crises will certainly continue to affect our lives and livelihoods in the years to come. In the eyes of many people, businesses have played a central role in the impending environmental disasters, and for good reason. A 2017 report found that just 100 large corporations have been the source of upwards of 70 percent of the world’s greenhouse gas emissions. Similarly, the 3,000 largest businesses around the world account for an estimated $2.2 trillion dollars of environmental damage.

Despite these statistics, businesses do not have to ravage and plunder the natural world in order to make a profit. Broken Arrow Ranch offers a hopeful and encouraging business model that proves that health food businesses can provide important ecological services while thriving financially.

The Ecological Importance of Respecting the Carrying Capacity of the Land

Deer are considered by most ecologists to be a keystone species due to the fact that their feeding habits can drastically affect many other plants and animals in the local ecosystem. Aldo Leopold, ecologist and the widely considered father of wildlife management once wrote that: “I now suspect that just as a deer herd lives in mortal fear of its wolves, so does a mountain live in mortal fear of its deer.”

High deer densities across the country have drastically changed the composition of forests and affected local ecosystems. Where deer populations grow out of control, land erosion is more common, wildfire risk increases, important understory habitat is lost for birds and other species, and many types of flora and fauna are disappearing.

In Yellowstone National Park, the gray wolf was hunted to extinction in the 1930s. This allowed the elk and deer population to skyrocket due to the absence of their primary predator. As the elk populations grew, their heavy browsing on willow, aspens, and cottonwood trees deforested riverbanks and lowered the beaver population which required willows for their survival in the winter. Without beaver dams, erosion alongside the river banks increased causing a host of other ecological problems.

In 1995, wolves were reintroduced into the national park, and studies have found that the ecological role of wolves has led to a trophic cascade of ecological resurgence. As wolves have lowered elk populations towards the natural carrying capacity of the land, healthier stands of willow trees have begun to reappear on river banks. This subsequently has brought back the beaver populations.

According to Yellowstone´s website, “as the beavers spread and built new dams and ponds, the cascade effect continued… Beaver dams have multiple effects on stream hydrology. They even out the seasonal pulses of runoff; store water for recharging the water table; and provide cold, shaded water for fish, while the now robust willow stands provide habitat for songbirds.”

The Role of Hunting

While deer, elk, and antelope populations vary across the country, some estimates find that the United States has an average of up to 100 deer per kilometer. Scientists estimate that the average carrying capacity is only about 8 deer per kilometer. Of course, releasing herds of wolves into the ranchlands of Texas would probably not sit well with the farmers and ranchers that raise an estimated 10,900,000 head of cattle.

University of Minnesota publication states: “To keep our forests diverse and resilient, and their habitats and wildlife healthy and sustained, deer numbers must be considered in the equation. Public hunting is our primary tool for managing our deer numbers, with the goal of maximizing their positive impact while minimizing the negative.”

While there are over 8 million people who hunt deer each year, deer populations across the country continue to swell mostly due to a lack of public hunting. In response to this inability to control deer populations through public hunting programs, the United States Department of Agriculture (USDA) spends an enormous amount of money to attempt to keep deer populations within the carrying capacity of local ecosystems. Unfortunately, these programs are often economically inefficient while also wasting thousands of pounds of healthy wild meat. In New York State, the USDA together with the Long Island Farm Bureau spent upwards of $225,000 to kill just 192 deer.

In areas where raising livestock is an important part of the local economy, might there be a way to control deer, elk, antelope, and other wild animal populations without releasing wolves or other major predators? Broken Arrow Ranch, based out of Ingram, Texas, offers an innovative solution to this serious ecological problem. The company field harvests wild animals from private ranches across the state of Texas, processes them on-site, before shipping healthy wild meats to restaurants and individual customers across the country.

How Broken Arrow Ranch Turned a “Problem” into an Opportunity

Mike Hughes founded Broken Arrow Ranch in the Texas Hill Country north of San Antonio. Shortly after he purchased the ranch, he began to hear how the growing deer and antelope populations were becoming potential pests due to their rising numbers. Mike says that “when we had purchased the ranch, I had become aware of this non-native species of deer and antelope. I had also become aware that they were becoming thought of as potential pests due to the overpopulation of the area, and I thought that this was an opportunity. It was a problem, but also an opportunity.”

Today, Broken Arrow Ranch is a Paleo Approved operation that  works with dozens of farmers and ranchers in Texas and surrounding states who are suffering from an overpopulation of deer or other wild animals. The company pays the ranchers a fair wage in order to hunt and field harvest wild animals with their mobile processing unit. In order to follow the rigorous USDA rules and regulations regarding meat slaughter for commercial sale, the deer and other wild animals are processed onsite under the inspection of a USDA government official. The wild game meat is subsequently sent back to the company´s brick and mortar facility in Ingram, Texas where the meat is cured in a special double-aging process that helps tenderize it and enhance flavors. Once the meat is prepared, orders are filled, and high-quality, healthy wild meats are delivered via an insulated shipping cooler to restaurants and individual customers anywhere across the United States.

Broken Arrow Ranch also takes extra measures to humanely harvest their wild animals without stressing them. By harvesting them in the wild and immediately prepping the meat in a mobile processing unit, the company is able to avoid stressing the animals which would normally occur through shipping live deer or other wild animals to a distant slaughterhouse.

Chris Hughes, co-founder of the ranch together with his father Mike, says in a previous interview with the Paleo Foundation: “Our mobile processing unit is the key that allows us to harvest these wild animals in a humane, stress-free manner under full government inspection. We collaborate with area ranchers to harvest deer and antelope on their property as a part of their population management programs. This model allows a win-win-win-win situation where the animals live naturally until humanely harvested, sustainable animal populations are maintained for the land, the ranchers receive a repeatable income source, and we are able to harvest wild game meat of the highest quality.”

Broken Arrow Ranch believes wholeheartedly that pure food is the best food. “It tastes the best, makes our bodies feel the best, and ultimately, results in healthier natural ecosystems,” they say.

The wide-ranging dietary health problems such as obesity, diabetes, and chronic heart disease that affect millions of people in the United States are intimately connected to some of the most serious environmental problems such as the loss of topsoil and agrochemical residues pervading ecosystems.  The diseases of the land are coupled to the diseases of our bodies. The millions of acres of GMO corn, wheat, and soybeans poison the land and rivers of the Midwest. These same crops, which have created a massive hypoxic (dead) zone in the Gulf of Mexico, are also the main ingredients of the highly processed and refined sugars, starches, and empty carbohydrates that are at the center of our most serious health problems.

Broken Arrow Ranch offers a practical business model that not only helps to balance natural ecosystems but also offers healthy, wholesome, real foods to thousands of customers around the country.

According to their website: “With the growing number of food sensitivities and extreme allergies, we realized that we became a resource for many people who could only eat wild game because of allergies to synthetic hormones, bulk livestock feed, and other human additives. Our work sustains the lives of many people whose only other option would be to transition to a strictly vegetarian diet.”

The concentrated, animal feeding operations (CAFOs) that dominate the meat and poultry industries rely on an absurd amount of growth steroid hormones, antibiotics, and other drugs to raise the animals in a system that maximizes efficiency and profit levels at the expense of the health of local ecosystems and the health of the end consumer. In fact, the USDA reports that over 20 million pounds of antibiotic drugs were sold for use on livestock farms in 2014. This amounted to over 80 percent of all antibiotics sold.

“I think a lot of people are looking to connect back with nature; to get closer to their food,” Chris says. “There has been a movement towards organic, and now beyond organic to really understanding where your food came and even to actually going out and sourcing your protein yourself. Not everyone can do that. We’re about as close as you can get to sourcing that meat yourself. We’re going out and doing the hunting, we’re doing the harvesting and we’re packaging that meat and getting it out to restaurants and individuals.”

Broken Arrow Ranch today offers a wide range of wild game meats including wild venison, wild boar, Bandera Quail, and a line of wild sausages. Their customers not only can enjoy healthy, delicious, and fresh meat products but can also know that the meal on their dinner table was part of a wider effort to preserve and enhance the ecological resiliency of farms and ranches across the country.