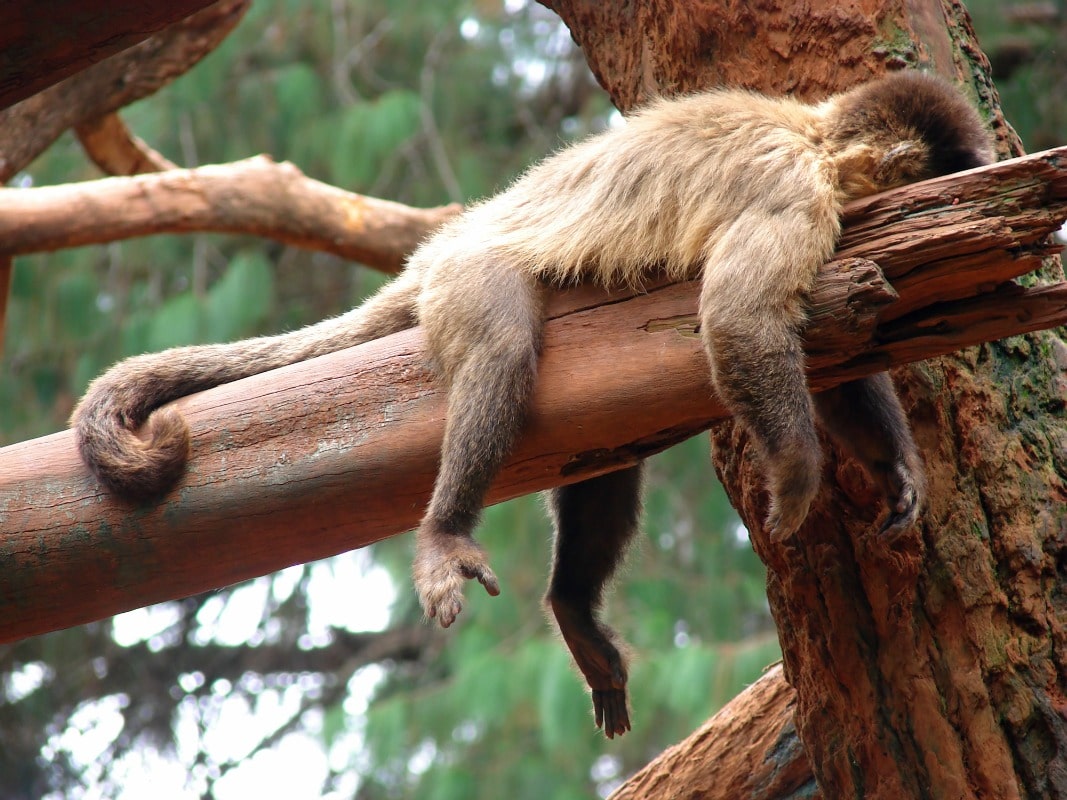 Conventional wisdom and some forms of Paleo Diet puritanism often suggest that human consumption of alcohol began around 10,000 B.C. after the Neolithic Revolution when humans first began to harvest grains to produce it. However, this popular (and perhaps idealistically regurgitated) narrative may be completely legless.

According to Wikipedia, the aptly named ‘Drunken Monkey Hypothesis’ was a proposition that “human ethanol metabolism may derive from the dependence of the primate ancestors of Homo sapiens on ripe and fermenting fruit as a dominant food source.” This hypothesis, originally proposed by author Dr. Robert Dudley, has gained traction and ignited the curiosity of paleogenetic researchers.

Paleogenetics is an emerging field of study that enables scientists and researchers to explore genetic material from the remains of ancient organisms. A recent paleogenetic article entitled “Hominids adapted to metabolize ethanol long before human-directed fermentation”  suggests that an adaptation had occurred 10 million years ago in our ape ancestors around the time that they moved out of the trees and began to inhabit the forest floors instead. The adaptation? A defensive chemical and animal enzyme called alcohol dehydrogenase4 (ADH4) that could metabolize various alcohols produced by plants… like ethanol.

In essence, the presence of this genetic adaptation suggests that alcohol consumption that is older than mankind itself: a 10 million-year-old gift (or a curse depending on how you see it) from the primate ancestors of chimps, gorillas, and humans.

The consumption of alcohol also imparted evolutionary benefits. Ethanol naturally occurs in ripe and overripe fruits when yeasts begin to ferment sugars, and ‘The Drunken Monkey Hypothesis’ posits that the odors of ripening fruit would help our ancestors find scarce calories.

The smell of fermentation signals that fruits were at not just their ripest— but also at their most calorically dense. The consumption of alcohol by our furry forebearers that lasted well into the Paleolithic period provided us with the ability to Eat, Drink, Be Merry—and susbequently get into bar fights—today.

Monkeys On the Piss: This is getting Interesting.

In a behavioral study published last June, Bossou chimps in the Nzérékoré Region of southeast Guinea have been observed regularly consuming alcohol from the raffia palm. As it turns out, the ethanol content of the fermented raffia palm sap isn’t for lightweights either— the alcohol content by volume is between 3.1 percent and 6.9 percent.

The researchers discovered that some of Bossou chimps consumed as much as 84.9 ml of alcohol in any given drinking “event”, roughly the same amount of alcohol as 3 and a half beers. It doesn’t seem like much until you put that into perspective: these chimps weigh between 40 and 60 kg (88 and 132 lbs) on average. They were getting hammered.

What’s of note isn’t just what they were doing, but also how they were doing it. According to the study, Individuals “co-drank” by alternating “dips” into the fermented sap, or one individual “monopolized the container” while the other chimps waited their turn. Picture it like a puff-puff-pass circle, but with fermented palm sap, and chimpanzees. The consumption of alcohol is a social experience for Bossou chimps.

Sex, Drugs, and Rock and Roll

It’s clear that alcohol is the most widely consumed intoxicant on earth. Worldwide, over a trillion dollars are spent on getting wasted. But the genetic adaptation which allowed us to metabolize alcohol may have had more purpose than just extra caloric intake and fun drunkenness.

The presence of the enzyme ADH4 alone confirms that our ancestor species have been consuming alcohol long before our species even existed, but why did we hold onto the adaptation throughout the past 10 million years? Was it just for the calories? Or was it just for the social experience that both humans and the Bossou chimps of Guinea understand?

Perhaps there’s another evolutionary benefit, altogether. At first glance at the ‘Drunken Monkey Hypothesis’, it’s not difficult to recognize that the ability to metabolize alcohol likely enabled our ancestors to get more calories and increase their appetites which would have been protective in times of scarcity.

However, on the second pass, the risk-benefit ratio has to be weighed. After all, the primates who first endeavored to use alcohol must have been largely deterred by vomiting, and hangovers. In essence, the reward had to outweigh the risk enough for our ancestors to have continued to consume it.

One potentially underestimated benefit to alcohol and drunken socializing which may be off the radars of academia is the uninhibited, drunken animal sex that would have accompanied these events. Suddenly, we can see a much more useful evolutionary adaptation for alcohol consumption that extends beyond increasing caloric intake, and how these genes may have traveled through time, passing from generation to generation. Suddenly, the whole thing seems more evolutionarily plausible.

We are social creatures, after all. Social creatures who also have a biological imperative to pass our genes to the next generation. And although it’s unlikely that we could ever prove or disprove this hypothesis as a potential reason for the Agricultural Revolution, I think it merits further exploration nonetheless. The promise of drunken sex and socializing may have been reason enough to consume alcohol then, just as it is now.

I can’t imagine a Harvard Paleontologist giving a talk with the title “Drunken Animal Sex Gives Rise to  Agricultural Revolution” anytime soon. But it could happen.