Gum Arabic: Everything You Need to Know 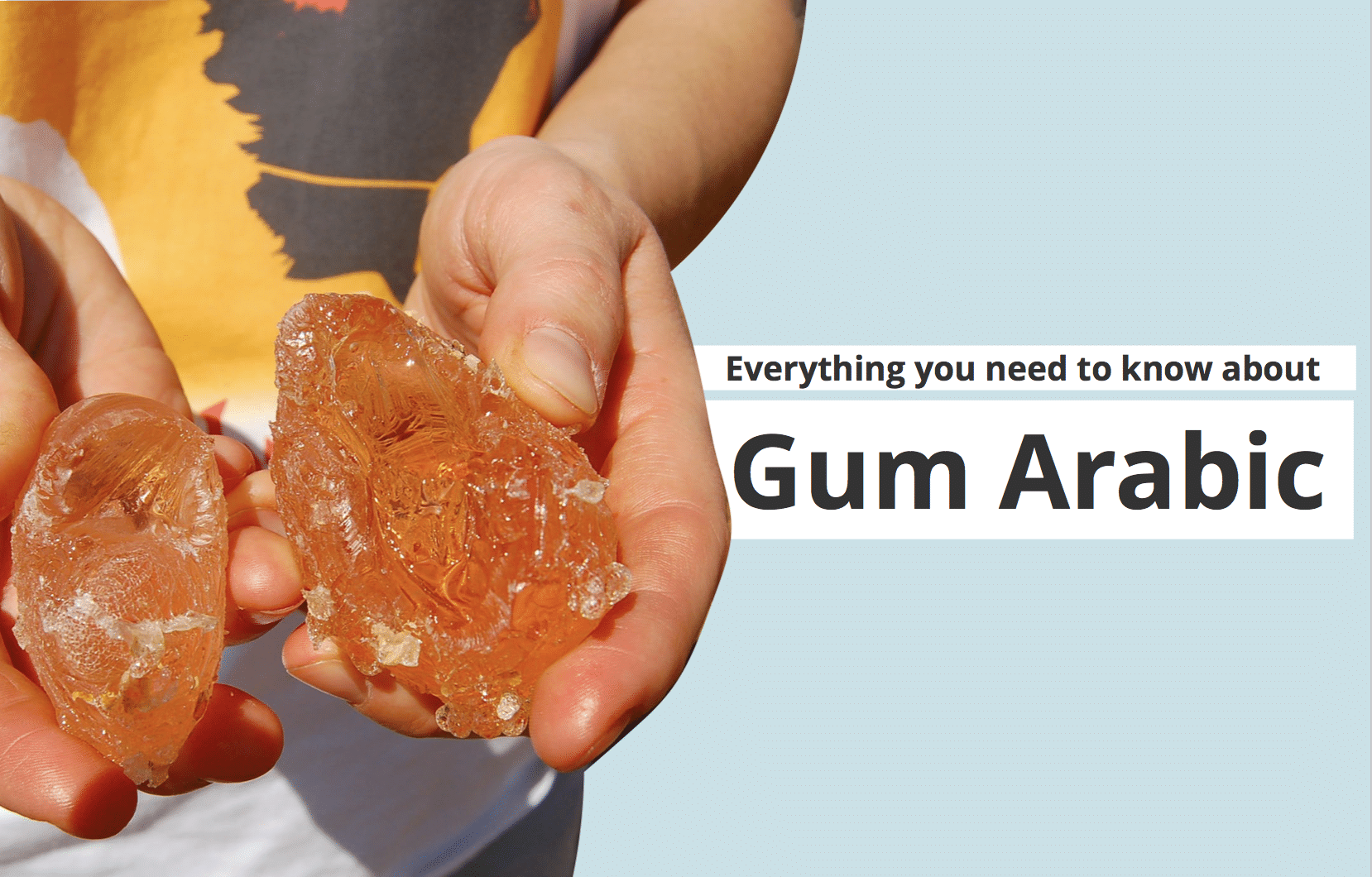 Gum Arabic, also known as Gum Acacia, is a tree gum exudate that has been an important commercial ingredient since ancient times. The Egyptians used it for embalming mummies, and for making paints for hieroglyphic inscriptions. However, in recent years, a renewed interest in Gum Arabic has occurred, as more articles are published concerning its structure, properties, and novel applications in food and pharmaceuticals.

Gum Arabic is a tree exudate that is obtained mainly from the Acacia Senegal or Acacia Seyal species. The trees grow widely across the Sahelian belt of Africa, a region of Africa is a 3,860-kilometre arc-like land mass immediately south of the Sahara Desert that stretches east-west from Senegal in the west to Somalia in the east.

Gum Arabic is the resin that oozes from the stems and branches of trees. Production of Gum Arabic or Gum Acacia is stimulated by `tapping,’ which involves removing sections of the bark, taking care not to damage the tree. The sticky, gummy substance dries on the branches to form hard nodules which are picked by hand and are sorted according to color and size.

Gum arabic consists mainly of calcium, magnesium and potassium salts which yield arabinose, galactose, rhamnose, and glucuronic acid after hydrolysis. Chemical compositions of Gum Arabic may vary slightly with the source, climate, season, and age of the tree. Acacia Senegal and Acacia Seyal both contain the same carbohydrate residues. 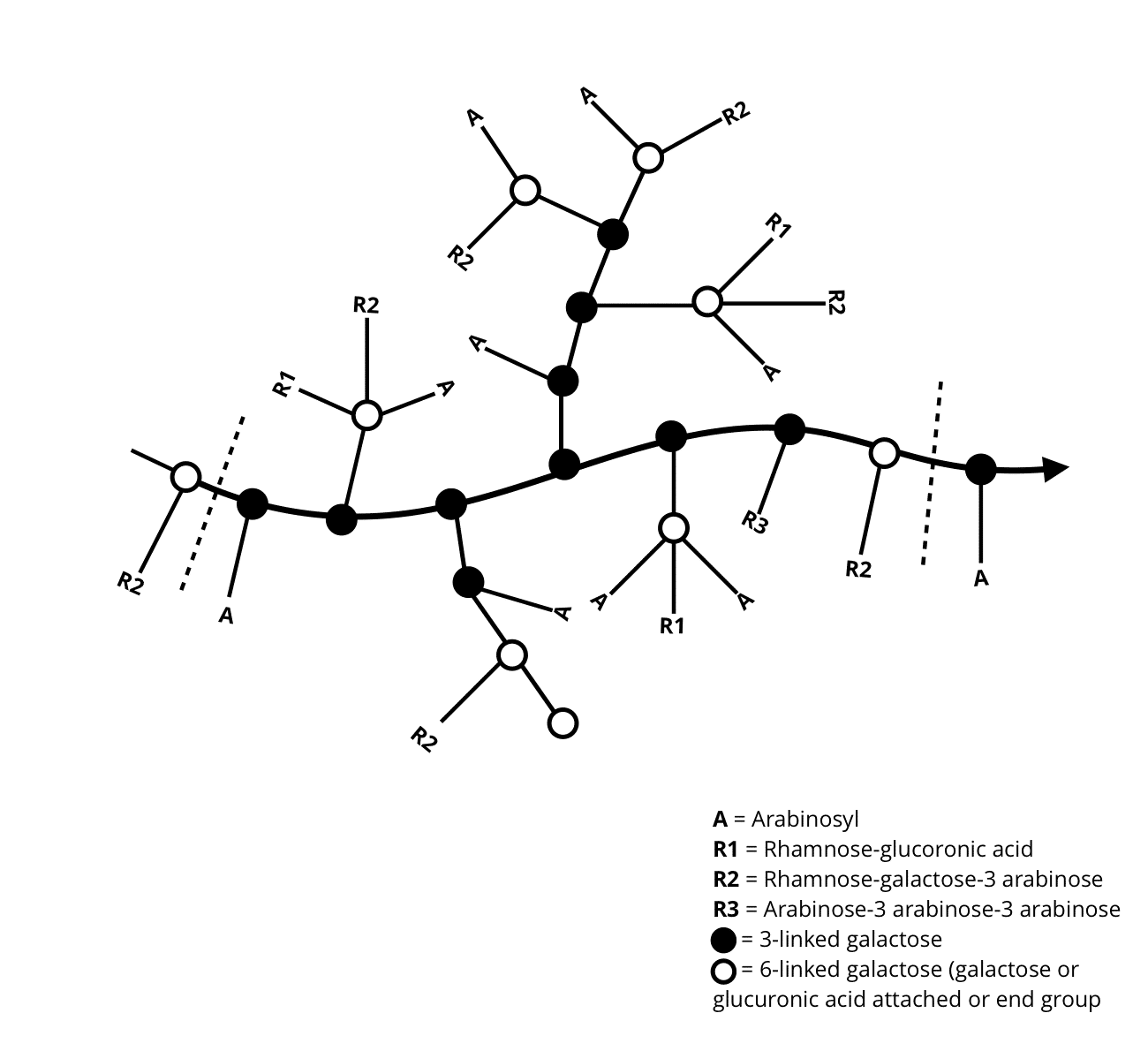 Adapted from Information Obtained from Reference 3.

While shorter-chain prebiotics can impart benefits, the large, slowly fermented polysaccharides of higher molecular weight have significant advantages over small, rapidly fermented sugars such as lactulose, and other non-digestible oligosaccharides.

These include the ability to be tolerated at higher doses by consumers with reduced risk of side effects such as intestinal discomfort and flatulence caused by excessive gas formation; mucosal damage from rapid acidification; or the laxative effect of too high concentrations of small sugars in the colon [4].

Perhaps more importantly, high-molecular weight polysaccharides supply a persistent source of fermentable carbohydrate throughout the length of the colon rather than being completely fermented proximally. This fact may be of particular interest in the prevention of certain types of diseases, like colon cancer, as the distal colon and rectum are significant sites of inflammation and disease in humans [5]. 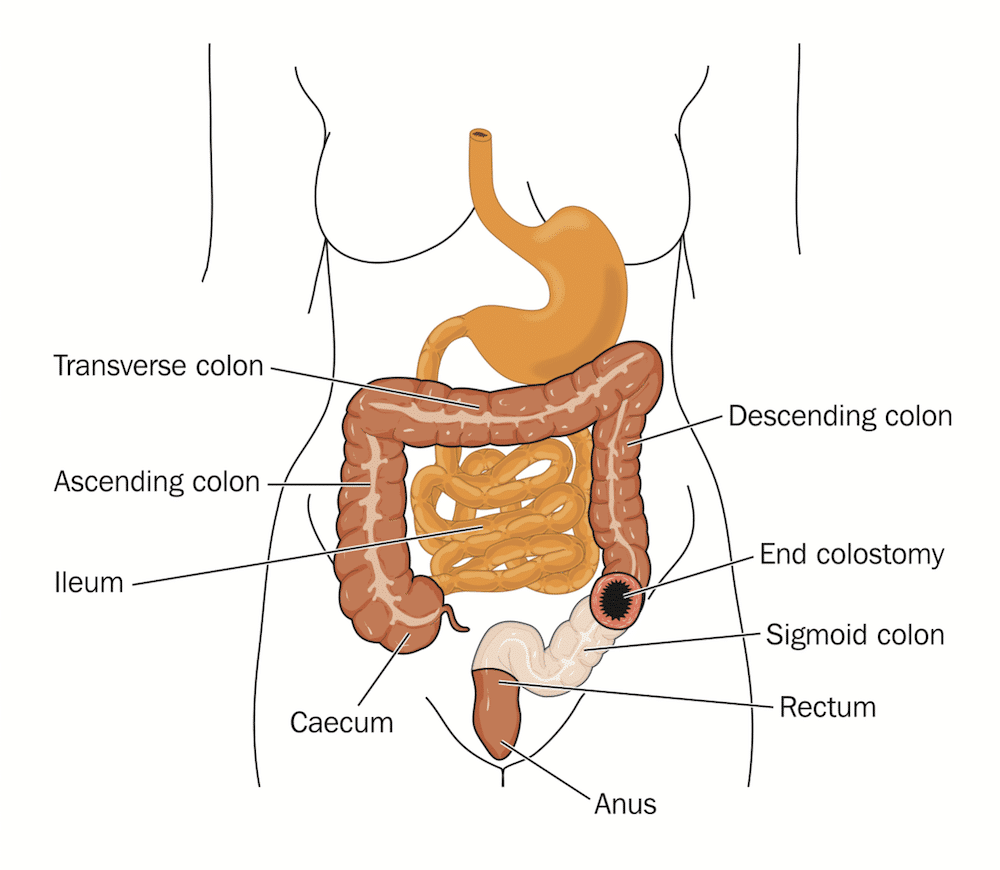 A Novel Approach to Prebiotic Supplementation

We know that the fermentation of refined, and short-chain carbohydrates and oligosaccharides occur more proximally, whereas the more complex oligosaccharides and polysaccharides can be fermented distally [4]. We also know that a highly refined “Western Diet” high in saturated fat while lacking in complex carbohydrates is associated with several metabolic, and autoimmune diseases [6].

Food Hydrocolloids And Their Prebiotic Activity

High molecular weight is an attractive feature of commercial hydrocolloids or a substance that forms a gel in the presence of water. This group of high viscosity, high-molecular-weight non-digestible complex polysaccharides include pectins, arabinogalactans, beta-glucans, inulin, mucilages, as well as bacterial gums like xanthan gum or gellan gum; tree gums, such as gum arabic, gum tragacanth, and gum ghatti; leguminous gums, such as guar gum and locust bean gum; as well as food-grade, water-soluble seaweed extracts, such as carrageenan, sodium alginate, and agar [8].

As we know, many complex polysaccharides have prebiotic activity and feed beneficial microorganisms, imparting metabolic benefits to the host. However, the question remains: is there any evidence that the food grade hydrocolloids— like Gum Arabic—that confer a thickening and stabilizing component in commercial products, also confer health benefits?

While Gum arabic has been investigated extensively for its properties as a hydrocolloid with several food applications, it has also been the subject of more recent investigation for its ability to improve human health.

In the large intestine, gum Arabic is fermented by bacteria that produce short-chain fatty acids (SCFA), particularly propionic acid, as by-products of fermentation that are associated with significant improvements to human health [9].

Bifidogenic: Fermentation of Gum Arabic has shown to selectively increase the proportions of lactic acid-producing bacteria and bifidobacteria in study subjects. It also augments the water content of stools and increases stool output. Further, evidence suggests that gum arabic acts as a prebiotic as doses of 10g/day, and can be consumed with at even higher daily doses without any adverse gastrointestinal issues [10].

Gum Arabic is known to feed several different strains of indigenous bifidobacterium including B. longum [11], and showed that it could increase Bifidobacterium animalis subsp. lactis significantly better than both inulin and glucose [12].

Prebiotic: Gum Arabic can selectively raise the proportions of lactic acid bacteria and bifidobacteria in healthy subjects. It is fermented slowly, with digestibility around 95%. Gum Arabic also increases stool output by augmenting the water content of stools.

It is well tolerated at high daily doses and has shown that it can be consumed without any adverse intestinal events. Evidence demonstrates that acacia gum acts as a prebiotic at a dose of 10 g/day  [13].

SCFAs:  Other investigations have shown that bacterial fermentation with Gum Arabic produced more SCFAs such as butyrate and propionate in vitro and in vivo than other well-known prebiotics such as pectin, inulin, and alginate. This is unequivocal evidence that gum arabic is a non-digestible, prebiotic polysaccharide [14].

Anti-Diabetic: Other studies found that microbial SCFA production (and viscosity) was significantly increased after the addition of gum arabic to foods, and further suggested that it also reduced postprandial glycemic response having a homeostatic effect on diabetes via increased acetic acid production [15]. Therefore, the simple addition of gum arabic improved foods metabolically for human use.

Treatment with Gum Arabic increased urinary Ca2+ excretion and decreased plasma phosphate concentration, plasma urea concentration, urinary flow rate, natriuresis, phosphaturia, glycosuria, proteinuria, as well as blood pressure (BP) in diabetic mice [16]. These results suggest that the effect of gum arabic on intestinal glucose transport may be useful in the prophylaxis and treatment of metabolic disorders such as obesity and diabetes [16].

Gum Arabic may also serve as a treatment for a renal disease as well due to its ability to trap bile salts in conjunction with its relatively high effect on butyrate production which has shown to suppress the production of TGF-beta1 cytokines [18].

Anti-carcinogenic: Angiogenins are angiogenetic factors upregulated by tumor cells, and are involved in the vascularization and growth of tumors. Angiogenins are upregulated in cancer cells by numerous tissues that include colon, stomach, liver, pancreas, uterus, breast, ovary, prostate, bladder, kidney, and brain.

Anti-Obesigenic: Gum Arabic significantly reduced the BMI and body fat percentage in a two-arm randomized, placebo-controlled, double-blind trial of healthy adult females. Authors of the study suggest that Gum Arabic should be investigated further as a treatment for obesity. However, it was noted that common side effects included preliminary bloating and diarrhea [19].

Lower Cholesterol: In other studies, Gum Arabic + apple fiber were found to lead to a significant reduction of total serum cholesterol concentration, especially the LDL fractions in men with high cholesterol [20].

Ulcerative Colitis: Gum arabic may serve as a treatment for ulcerative colitis due to its ability to increase the SCFAs butyrate production and its trophic effects on the gut membrane, as well as its ability to reduce the duration and incidence of diarrhea [21].

Here’s a fun fact: When the US imposed sanctions on Sudan over the government’s actions in Darfur in 2000, it stopped all imports except one: Gum arabic [22]. The government feared that stopping the imports on gum arabic would have too severe an impact on the US food industry. Gum Arabic is one of the most ubiquitous ingredients in consumer products— ranging from Coca-Cola to shoe polish, to pharmaceuticals and confectionaries.

Confectionary Applications: The primary application of gum arabic is in the confectionery industry, used in a variety of products including gums, pastilles, marshmallows, and toffees. Traditional wine gums also incorporated gum arabic at high concentrations and added wine for flavor.

Beverages: Gum arabic is stable in acid conditions. For this reason, gum arabic is often used as an emulsifier in the production of concentrated flavor oils, such as those found in soft drinks.  Gum Arabic inhibits the coalescence of oil droplets, keeping emulsions stable for up to a year.

Dietary Fiber Fortification: In regulatory terms, dietary fiber refers to carbohydrate polymers which are neither digested nor absorbed in the small intestine, with polymerization of above three. In other words, monosaccharides and disaccharides are inherently excluded from meeting requirements of the definition. Gum arabic meets the requirements from a scientific point of view and has shown beneficial physiological effects.  Utilizing gum arabic in place of other ingredients in commercial recipes can help decrease net carbs in products and improve nutritional value.

Despite the substantial influence prebiotic fibers can have on reducing the risk of disease, the intake remains low in many populations worldwide. However, increasing complex polysaccharide consumption in the diet has been a difficult challenge.

While grossly overlooked and wholly under-appreciated for the benefits they provide, hydrocolloids offer a unique source of complex carbohydrates in the diet and have shown to be advantageous to human health.  In other words, hydrocolloids aren’t just safe; they’re healthy.  For this reason, Gum Arabic should be considered a functional ingredient in commercial products, and a welcomed addition in the diet.