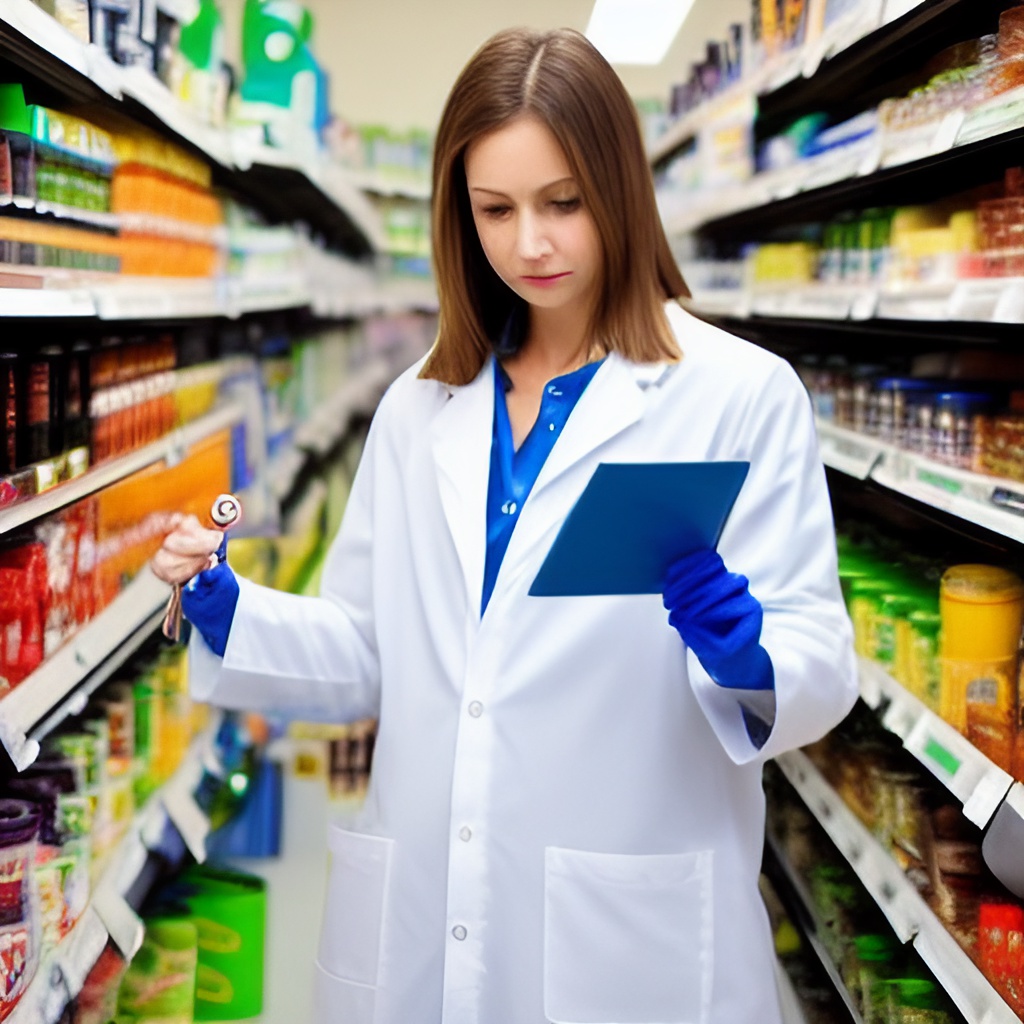 Forty years after its first introduction, the high-performance anion-exchange with pulsed amperometric detection ( HPAEC-PAD ) method is a well-established technique used for separating and quantifying a broad range of carbohydrates. HPAEC-PAD has replaced many of the methods used for carbohydrate analysis 40 years ago, and there are innumerable reasons for the acceptance and popularity of HPAEC-PAD for carbohydrate analysis. But undoubtedly, the two main reasons are its high-resolution separations combined with sensitive detection. With these benefits, HPAEC-PAD has been applied to a broad range of carbohydrates in a wide variety of samples, including ketogenic foods.

Historically, net carbohydrates have been quantified by subtracting the differences of “non-digestible” carbohydrates such as sugar alcohols and fibers from the total amount of carbohydrates within a food product to quantify the total amount of “non-fiber total carbohydrates,” or “net carbohydrates.” This approach, known as the “difference method,” often involves quantifying the components within the food product using ash data, in which the food product is often dried at high temperatures or oxidized, which is then used to quantify the components found within the product using the ash with the term “ash” referring to “inorganic residue remaining after either ignition or complete oxidation of organic matter in a foodstuff.”

Several different ash content analysis techniques exist, such as dry ashing, wet ashing, mineral ashing, and plasma ashing. Most techniques involve analyzing the components using gravimetric or calorimetric methods. This is then typically used to derive the total amount of fibers, sugar alcohols, polydextrose, and fructans, which are subtracted from the total amount of non-protein, non-fat, and non-water content (assumed to be the total amount of carbohydrates within the product). Lilla et al. (2005) provide the following general formula for the difference method [1]:

However, this approach has been argued as misleading for many reasons. For example, not all sugar alcohols and fibers are equally resistant to digestion or equally bioavailable, yet the “Difference method” generally treats them as such. For example, erythritol is a sugar alcohol that is well absorbed (relative to other sugar alcohols). However, very little of it is metabolized by the liver, and much of it is excreted in the urine. Other sugar alcohols and fibers also vary in their digestibility, with some yielding some portion of carbohydrates that can be absorbed and metabolized by the body. This poses an issue for the general claim that net carbohydrates (which does not include sugar alcohols) are the only quantities of concern for a consumer.

Recognizing these issues of imprecision and variability with the “Difference method” (often using ash data), some researchers explored other techniques to quantify the number of net carbohydrates within food products, with one of the earliest methods being gas chromatography. Chromatography is an analytical chemistry technique used to separate the components within a food product, purify them, and then quantify them. Although chromatography techniques are used for non-analytic purposes, such as preparatory chromatography, these are beyond the scope of this discussion.

The gas chromatography method, in particular, was a popular method for quantifying net carbohydrates in the 1970s [2] but quickly fell out of favor for many reasons. Gas chromatography often required strongly acidic cation exchange columns with metals usually consisting of calcium, lead, and silver, which required extended analysis times; the test often showed poor performance/selectivity for higher oligosaccharides, precisely due to the detector that was used, a refractive index (RI) detector, which often suffered in performance at high temperatures.

Such high temperatures were necessary to obtain optimum performance by the strongly acidic cation column exchanges for carbohydrate separation. Still, the drawback was the RI detector suffered because retention of the carbohydrates often decreased as temperature increased. This relationship was further mediated by the size of the carbohydrates being analyzed. For example, large polymers such as oligosaccharides suffered the most in retention, thus giving imprecise results with poor selectivity for the higher oligosaccharides.

Other techniques existed at the time, such as separating carbohydrates using borate complexes, which was superior to the gas chromatography method. However, it was limited because the time necessary to produce the borate complexes was often quite long and made it highly inefficient. Another method used at the time involved using amino-bonded phasing with micro-particulate silica to separate the simple mono- and disaccharides. Unfortunately, there was difficulty with detecting the higher oligosaccharides without requiring a very long analysis. In essence, it too was inefficient, and inferior to the borate-complex method.

However, at the beginning of the eighties, a novel methodology was developed with the precise intent to provide highly sensitive detection and an efficient separation tool for carbohydrate analysis. It was the result of a happy marriage between high-pH (or high-performance) anion-exchange chromatography (HPAEC) and pulsed amperometric detection (PAD) in which successfully exploited the use of strongly alkaline solutions. While the separation is based on the weakly acidic properties of sugar molecules, detection is favorably performed by taking advantage of the electrocatalytic oxidation mechanism at the gold working electrode in basic media. Indeed, the high detection sensitivity, which inherently characterizes pulsed amperometry, is precisely what is required to analyze carbohydrate compounds in their native state.

It is recognized that the anion-exchange separation of carbohydrates owes its popularity to the development of pulsed amperometry, which has been profusely investigated in the laboratory of Dennis C. Johnson at Iowa State University. The title of one of his contributions, “Carbohydrate detection gains potential”, published in Science in 1986, anticipated the great promise of pulsed electrochemical detection in carbohydrate analysis [3].

From a chromatographic point of view, the relevant advantages of HPAEC were already manifest in earlier papers where the effects of eluent composition and column temperature on the separation of alditols and simple carbohydrates using a pellicular anion-exchange resin were described. From its beginning, HPAEC-PAD has stimulated a phenomenal amount of research in many different fields.

In the following two decades, such a technique has assumed a significant role, and became increasingly established as one of the major tools for carbohydrate analysis and the subject of extensive reviews. Such considerable interest has been demonstrated most likely in part due to the ubiquity and relevant role carbohydrates play in many biological processes as well as in biotechnology and food science.

Due to the limitations of earlier net carbohydrate analysis methods at the time, food chemists/scientists developed a new technique that used high-performance anion exchange (HPAEC) to separate the carbohydrates using strong bases with alkaline eluents as opposed to the strongly acidic cations. Another difference from the commonly used gas chromatography method was that instead of using a refractive index detector, an electrochemical detector was used, specifically a pulsed amperometric detector, often using gold as the electrode material. This was able to bypass some of the limitations imposed by the use of an RI detector.

This method (HPAEC) with a pulsed amperometric detector has shown considerable success with the separation and detection of carbohydrates, including higher oligosaccharides. The primary advantage is its use of a lower column temperature (with temperatures ranging between 20 and 45 degrees Celsius being used for optimum performance) and eluent strength, which influences the retention time and order of the separated mixtures. Furthermore, it was found that the selectivity for higher oligosaccharides, which were difficult to detect with the RI detector used in gas chromatography method, were primarily influenced by the amount hydroxide ion concentration, with optimum selectivity shown for 0.150 M NaOH for higher oligosaccharides and column performance increasing with the amount of hydroxide ion concentration increasing.

Since the first description of oligosaccharides as prebiotics by Gibson and Roberfroid [4], the scientific and industrial interest in their functional role and utilization as ingredients for functional foods has grown considerably. Today, applications for prebiotics range from beverages, cookies, yogurt, infant milk products, desserts, and food supplements designed to improve the gut microbiota. As a result, the global market for functional food is estimated to rise from US 178 billion USD in 2019, to US 268 billion USD by 2027 [5].

Over the last decades, High-Performance anion Exchange with pulsed amperometric detection (HPAEC-PAD) has been developed into one of the major technologies for detecting oligosaccharides in biomass hydrolyzates or as ingredients in food, representing a state of the art alternative to Liquid Chromatography-Mass Spectrometry (LC-MS) for oligosaccharide analysis and accurate net carbohydrate quantification in food products. A significant advantage of HPAEC-PAD in comparison to other methods lies in the high sensitivity of the PAD detection.

In fact, the detection sensitivity of HPAEC-PAD is higher than that of other carbohydrate analysis based techniques such as High Performance Liquid Chromatography (HPLC) coupled with a refractive index detector because PAD detectors are able to detect trace amounts of monosaccharides, disaccharides, oligosaccharides, and polysaccharides in food products, while HPLC based methods are only capable of determining glucose, fructose, lactose, sucrose and maltose. Further, the HPAE-PAD technique not only separates oligosaccharides according to charge, but can also resolve oligosaccharides with the same charge according to size, sugar composition, and linkage of monosaccharide units. In this context, applications of the techique include higher-branched and higher-molecular weight oligo- and polysaccharide determination in foods and beverages for targeting specific health benefits and offering more accurate net carbohydrate claims for keto food products.

The Folly of the Difference Method in Net Carbohydrate Quantification

Nutrition labels have raised awareness of energetic and macronutrient values of foods, and represent for many a guideline to regulate food intake. However, recent data have created doubts on label accuracy. In a small convenience sample study of snack foods, actual carbohydrate content exceeded the label statements on the Nutrition Facts by 7.7% [6].

Patients with type 1 diabetes mellitus (T1DM) typically determine their bolus insulin needs based on methods from the Difference Method of carbohydrate calculation, and inaccuracies in carbohydrate content accuracy has been found to lead to a deterioration of glycemic control in T1DM patients [7].

In short, the “Difference Method” of net carbohydrate calculation is remarkably inaccurate.

As the debate over the scientific and physiological issues surrounding the definition and determination of “net carbohydrate” or “bioavailable carbohydrate” content rages on, a key to clarifying the issues among consumers in the marketplace today is the recognition of measurements taken by analytical methods like the HPAEC PAD by industry regulators to ensure more accurate on-package claims.

While the FDA appears to find the “Difference Method” of carbohydrate calculation to be an acceptable method of net carbohydrate quantification, the significantly more accurate HPAEC-PAD has not been explicitly approved by the FDA as a way to add claims to product packaging.

Nevertheless, some keto brands have used net carbohydrate findings from HPAEC PAD analysis This article has detailed the need for accurate quantification and communication of “net carbohydrates” on food packaging given the inaccuracy of calculations performed by the Difference Method relative to HPAEC PAD on finished products, and the need for accuracy by keto product consumers.

Armed with this information, manufacturers, retailers, and consumers alike should begin to demand that the “Difference Method” be replaced by HPAEC PAD for determining the accuracy of on-package claims, especially for products marketed as Low Carbohydrate or Ketogenic Diet food products.