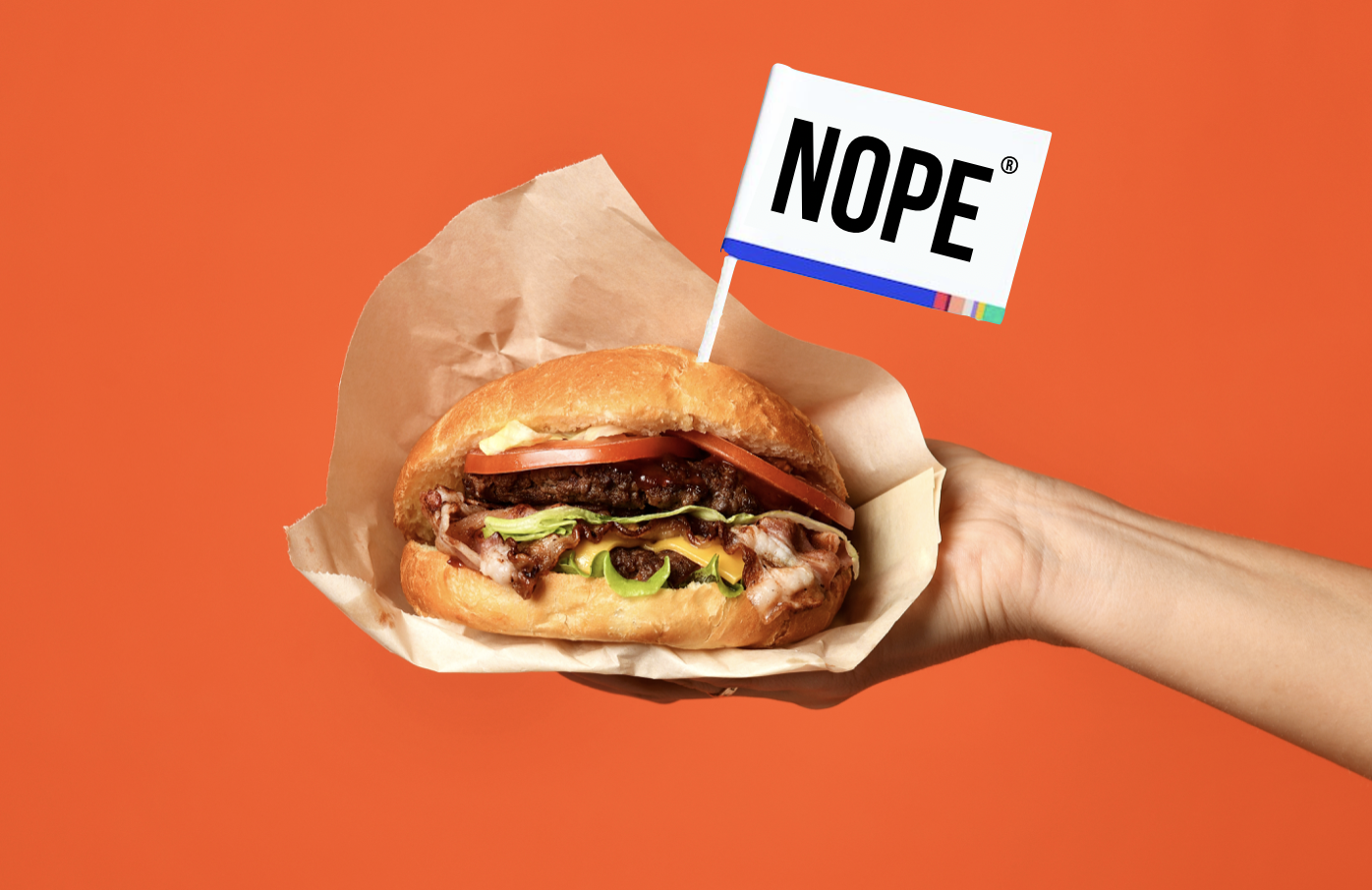 Recently, the Internet has been ablaze with ardent debates on the role of agriculture and how our diets contribute to the global crises we face.  Passionate supporters of vegan diets and lifestyles point to the loss of biodiversity that comes with cutting down rainforests to raise cattle for the meat demand of western consumers, while regenerative ranchers and farmers point to studies done by the Savory Institute (among others) that show how holistic management of livestock can improve soils and capture carbon from the atmosphere.   While both sides of the debate gather statistics and studies to corroborate their views, many of these impassioned responses fail to call into question the basic structure of our globalized food system and its tendency to insist on generalized solutions that are supposedly universally pertinent and applicable.  A recent article by Impossible Foods, a company specializing in developing and marketing plant-based substitutes for meat and dairy products, confronts claims that regenerative grazing practices can be an ecologically sensible solution for food production. The claims Impossible Foods makes and the sources used to justify their  assertions are based on a priori assumptions that the globalized food system is the only viable alternative to put food on the plates of consumers and the only pragmatic solution to meet the crises we face.

Here you will find both the case for localized, diversified family farms, and a response to Impossible Foods attack on regenerative agriculture.

At the outset of the Impossible Foods article, the authors state that regenerative grazing is simply not “sustainable at scale.” One of the central problems of our globalized economy is that we tend to focus only on large, supposedly universal solutions to the crises we face. Small-scale, localized solutions are ridiculed as idealistic and impractical, due to the magnitude of the impending ecological catastrophes. Perhaps it is a tendency of our modern, tech-oriented minds to want a universal solution that will magically solve our problems. Unfortunately, reality is more complex, and small scale, decentralized solutions that accommodatingly respond to the intricacies of different contexts are usually most practical and effectual.

Despite the promises of industrial agriculture and deceitful claims that industrial monocultures of GMO crops are the only way to feed a growing population in an increasingly unpredictable climate, a recent FAO report shows how small scale farmers around the planet are feeding the world with less than a quarter of all available farmland. Unlike the standardized recipes and formulas of industrial monocultures and their concoction of agrochemicals, these small scale farming solutions around the world are incredibly diverse. Furthermore, most small scale farming operations necessarily include regenerative grazing and responsible animal husbandry. Animals play an essential role on family farms as regenerative grazers that allow farmers to conscientiously care for soil on slopes and degraded lands while adding an extra source of income. Animals also offer a needed source of fertility and break cycles of dependency on synthetic nitrogen fertilizer inputs which comes with an enormous greenhouse gas footprint.

Regenerative grazing practices work best and are most sustainable at the scale of small family farms. When Impossible Foods questions the “sustainability at scale” of regenerative grazing practices, it automatically assumes one of the basic industrial myths: that large scale solutions are the only way to deal with the predicaments we face, including potential food shortages associated with a growing population, long-term soil fertility issues, and agricultural contributions to the global climate crisis.

The Challenge of Increased Meat Demand

The Impossible Foods article also states that regenerative grazing practices are “insufficient to feed the growing demand for meat and dairy products. Americans ate an average of 222.2 pounds of red meat and poultry in 2018. As developing nations become more prosperous, supply and demand within a globalized food economy will obviously lead to a greatly increased demand for meat on a worldwide level.

The article goes on to bluntly state that “global consumers will never decide to voluntarily, radically, reduce their meat intake – the inherent flaw in every grass-fed, holistic, regenerative proposition.” The question of reducing demand for a more sustainable and just food system, is certainly complex. Betting on voluntary simplicity and limitations is not a good path of action, especially within a globalized economy and society where we have grown accustomed to having everything at our fingertips. However, it could similarly be argued that global consumers would never voluntarily reduce their desire to drive SUVs or enjoy the benefits of fossil fuel-powered electricity.

However, the global shift towards electric cars and renewable sources of energy (while still too slow) is the result of political incentives and market forces that make this ecological transition feasible. The role of potential carbon taxes would also help to quicken the needed energy transition. In terms of our meat diet, the growing scarcity of fossil fuels will undoubtedly drive up the price of feedlot meat which is essentially subsidized by cheap fossil fuel inputs into the global grain monoculture agro systems. Furthermore, government incentives to help move people towards a more ecologically balanced diet that limits carbon emissions is also a path towards reducing meat intake to just and sustainable levels. Just as reducing food waste through the widespread availability of recycling programs is helping to reduce greenhouse gas emissions, incentivizing a limited intake of regeneratively grazed, grass fed meat produced by local farmers and ranchers is a sensible political action that can entice global consumers to make more ecologically sensible dietary choices.

Furthermore, by recognizing the need for industrial nations to “re-localize” their food systems, we can also responsibly respond to consumer demand for meat consumption.  In a localized food system, meat consumption per capita is a combination of consumer demand, farmer output, and ecological limitations. Whereas consumer demand is the sole driving force behind meat production in a globalized economy, relocating our economies to our regional “foodsheds” would allow meat consumption to be determined by the amount of holistic grazing opportunities on available, existing pastures and grasslands managed holistically by family farms.

On the Topic of Emissions

One of the main problems with the environmental movement today is that we tend to reduce the scope of the environmental debate to the issue of carbon dioxide in the atmosphere. If we can simply reduce our CO2 emissions to an allegedly acceptable level, our industrial, consumer-driven lives will be able to continue on unabated. Thus, any solution that can reportedly reduce greenhouse gas emissions is thought to be the “greenest” solution. Following from this logic, the Impossible Food articles states that “in most cases, industrial feedlot beef actually requires less natural resources and generates less greenhouse gas than does grass-fed beef.”

Not only is this statement doubtful, but it is also a perfect example of a pseudo-scientific analysis that isolates parameters and boundaries and does not contend with the complexities and series of multifaceted relationships that exist in any natural setting, including the role of human managed livestock systems. For example, the study cited by Impossible Foods calculates the carbon footprint of different livestock production systems solely based on livestock growth rates and production times. Grass fed systems were said to have a higher carbon footprint and greenhouse gas emission rating because cattle took longer to achieve an acceptable slaughter rate and thus emitted more methane through cow flatulence.

Interestingly, the study did mention that “well-managed pastureland may be a mitigating factor for carbon emissions within the (grass fed) system, yet it was not accounted for throughout the current study due to a lack of sustentative data.” Regenerative grazing practices on diversified family farms almost always increase soil organic matter and soil organic carbon, thus offsetting the greenhouse gas emissions that occur during cattle life cycles.

In fact, regenerative grazing practices might be able to increase soil organic matter by up to 10%, especially when implemented on degraded lands. Soil organic carbon, or the CO2 that plants suck from the atmosphere and deposit in the soil, compromises about 58% of all organic matter in the soil. Assuming only a 5% increase in soil organic carbon up to 12 inches deep in the soil, the implementation of regenerative grazing practices could lead the sequestering of 215 tons of carbon dioxide per hectare per year, which would easily offset methane emissions from grazing cattle.

While the exact carbon sequestration possibilities of soil are still being studied and determined, carbon farming solutions are widely considered to play an important role in reducing the amount of carbon dioxide in the atmosphere. Regenerative grazing can also be combined with other agroforestry initiatives such as silvopasture (planting fast growth trees on grazing land) to even further increase the carbon sequestration capabilities of properly managed grazing systems. This type of agroforestry system could combine nut tree production with regenerative, understory grazing, such as has been demonstrated by Mark Shepard at New Forest Farm in Wisconsin. This would effectively offer consumers two sources of healthy, high quality protein (nuts and animal meat) from a piece of land that is continually drawing down carbon dioxide and increasing soil fertility.

In fact, Project Drawdown, which rated 100 solutions to reverse global warming, mentions that “silvopasture is currently practiced on 351 million acres of land globally. If adoption expands to 554 million acres by 2050—out of the 2.7 billion acres theoretically suitable for silvopasture—carbon dioxide emissions can be reduced by 31.2 gigatons.”

How We Relate to the Places We Inhabit

The Impossible Foods article also establishes a strict distinction between farms and natural systems.  It believes that any regenerative grazing operation will inevitably disrupt “intact, natural ecosystems.” Dividing the world into natural places and human inhabited places is a basic tenet of our modern-day, increasingly urbanized society that fails to understand human beings as an integral part of the ecosystems that we inhabit. While a concentrated animal feeding operation (CAFO) will certainly not share many similarities to the surrounding ecosystem where it is located, a diversified family farm can actually increase wildlife diversity, improve soil fertility, and protect local watersheds.

In fact, humans have always influenced the lands where they belonged. Patches of highly fertile anthropogenic soils found in the Brazililan Amazon, known as Terra Preta (Black Earth), is evidence that much of the Amazon Rainforest was a forest ecosystem carefully managed by indigenous communities that were intricately involved in the management, sustenance, and succession of the forest ecosystems where they lived. Similarly, the slash and burn agricultural methods of the lowland Mayan peoples in what is today Guatemala and southern Mexico constituted a human management system of the rainforest ecosystem, which according to Cornell University professor David Pimentel, was one of the most the most energy efficient and sustainable farming methods.

Small scale regenerative grazing practices that are locally adapted to the specific contextual implications of specific ecosystems allow family farms to integrate into the natural systems where they are located.

Applying any universal solution that fails to take into consideration the details and complexities of individual places is bound to lead to complications. Citing the carbon capturing abilities of regenerative grazing practices, for example, would be a lousy excuse to cut down a plot of the virgin Amazon Rainforest.  However, holistic animal husbandry, including regenerative grazing practices, has historically played an important role in agrarian cultures around the world and is an essential part of the ecological sustainability of small family farms. Re-localizing our food systems would allow for wholesome, holistically produced animal protein to be a balanced part of local diets while also contributing to reduced greenhouse gas emissions and healthier, more resilient natural systems.