Keto Claims in the European Union: Rules and Regulations on Products 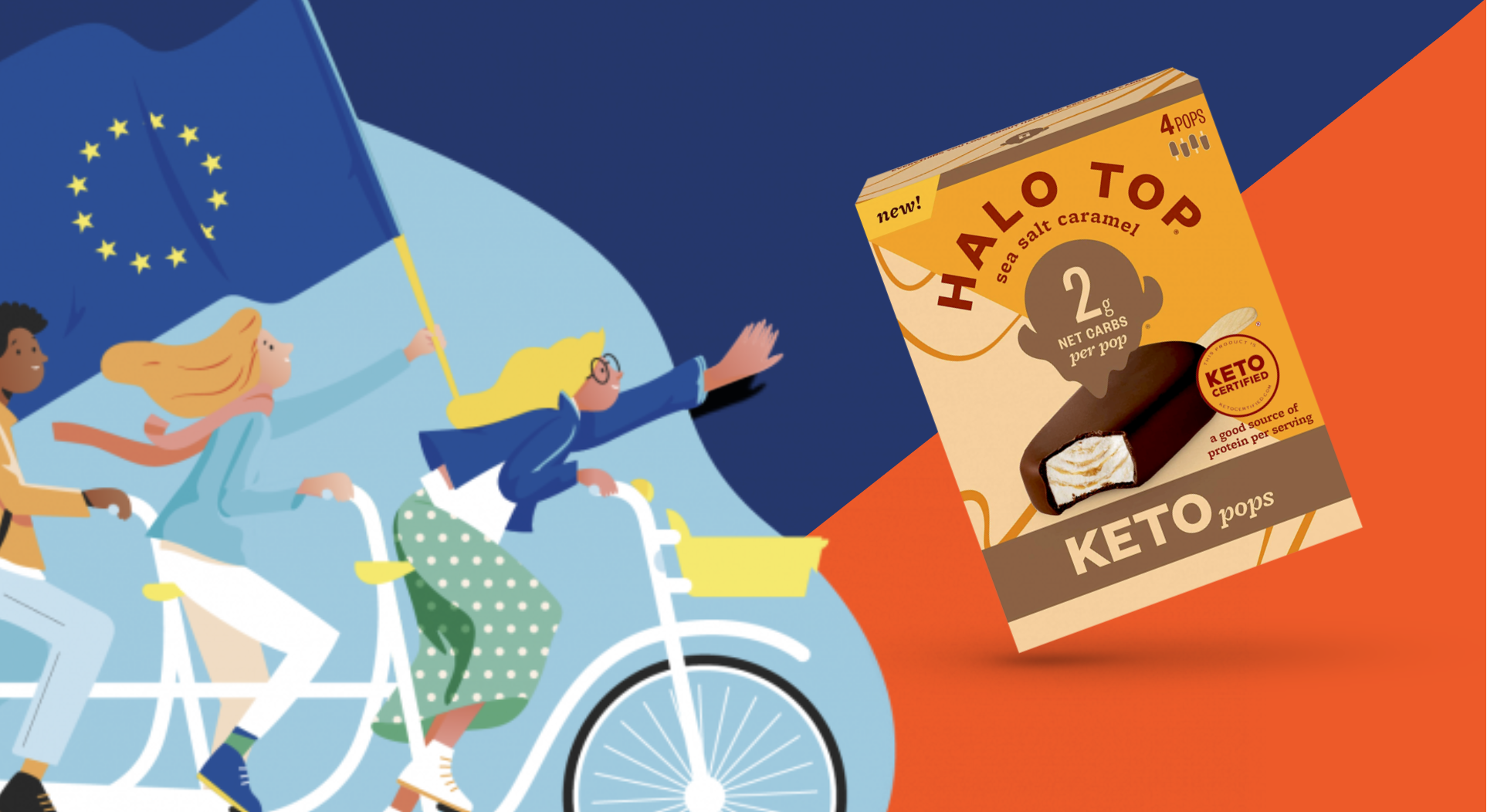 At first glance, the European Union might not seem like an area of the world with culinary traditions and cultures that would be open to radically reducing carbohydrate intake. The pizzas and pasta of Italy, wine and bread of France, and other similar high carbohydrate culinary staples of several European countries generally account for a moderate to high intake of carbs on a daily basis. However, as the industrialized food system has slowly begun to overtake more traditional cuisines, many European consumers find their diets overrun by the excessive added sugars and highly refined carbs that characterize the industrialized, globalized, and extremely processed food diet. Given this reality, more and more consumers across the European Union are beginning to look for low-carb food alternatives for a healthier diet, and brands are looking to create products to cater to them. However, they are left wondering what the rules and regulations are for keto claims on products in the European Union (EU).

This trend toward the rising popularity of low-carb diets is most evident in the growing popularity of the Keto Diet across different regions of the European Union. According to Fi Global Insights, “Google searches for ‘Keto’ reached an all-time high in the US in January 2019. But in Europe, interest has lagged, peaking as early as June and July 2019 (France and Spain) and as late as January and April 2021 (the UK and Italy).”  Fior Market, for example, expects the global Keto diet market to reach a value of $17.8 billion by 2026, growing at a compound annual growth rate of 7.1 percent from US$10.3 billion in 2018. Much of that expected growth will be driven by increasing demand by European consumers.

The increasing approval of the Keto diet by European consumers, however, doesn’t mean that the EU authorities are similarly on board with low-carb nutritional paradigms. In fact, the European Commission has extensive food labeling legislation in place that strictly regulates health and nutrition claims on food products sold within the EU countries. Though the relevant regulations do not specifically mention the Keto diet, there are several possible implications for health food brands looking for ways to specifically market their products to people who are either following the Keto diet or are interested in reducing their overall carbohydrate intake. Below, we briefly explain some of the pertinent rules and regulations affecting low-carb and Keto claims on products within the European Union.

Who Regulates Keto Claims on Food Products within the EU?

The European Union generally has more severe and progressive food labeling regulations than the United States and Canada. For example, since 2015, the EU has implemented strict protocols that allow for the traceability of genetically modified organisms (GMOs) in food products. According to the Commission, “traceability also makes the labeling of all GMOs and GM food/feed products possible. It allows for close monitoring of potential effects on the environment and on health. Where necessary it can allow the withdrawal of products if an unexpected risk to human health or to the environment is detected.”

In the United States, by comparison, it wasn’t until earlier this year (2022) that food manufacturers, importers, and retailers had to begin to comply with the new national labeling standard for food products that have been genetically modified in a way that isn’t possible through natural growth.

Nutrition Claims on Food Products in the European Union

Both the European Commission and the EFSA strictly regulate any nutrition claim that can or cannot be made on a given food product. A nutrition claim is defined as any claim that states, suggests, or implies that a food has particular beneficial nutritional properties due to its energy or calorific values, or the nutrients and other substances it contains, contains in reduced or increased proportions, or does not contain. Thus, claiming that a food product has zero carbs or reduced carbs would be an example of a nutrition claim in the EU, and would thus be subject to the following regulation.

Though the legislation does not specifically mention carbohydrates or low-carb claims, the permitted nutrition claims by the EU also mention the following:

Many Keto and low carb food brands may also wish to market and advertise the healthy fat content of their food products. The European Commission also has stipulations that regulate claims for food products that claim to be:

Health Claims on Food Products in the European Union

Among the health claims on food products as they pertain to Keto or low-carb foods, there is no mention of the word Keto or low-carb diets. In fact, in relation to carbohydrates, the list of authorized food claims states that “carbohydrates contribute to the maintenance of normal brain function. In order to bear the claim, the information shall be given to the consumer that the beneficial effect is obtained with a daily intake of 130 g of carbohydrates from all sources.” Health claims related to carbohydrates can also be made when a certain food is targeted toward adults who have performed highly intensive and/or long-lasting physical exercise leading to muscle fatigue and the depletion of glycogen stores in skeletal muscle.

None of the legislation or regulation set forth by the European Commission or the European Food Safety Authority specifically mentions the word Keto or low-carb diets. However, as we mentioned above, no health claim can be made on food products except those approved by the Commission. Low-carb claims or other Keto-related health claims are thus not permitted as a health claim. One possible “loophole” might be found in the permitted nutrition claims where regulations allow for reduced nutrient claims wherein reduction in nutrient content is at least 30% compared to a similar product.

This type of study by one of the bodies governing food labeling requirements and regulation in the EU goes to show that there may very well be increased regulation regarding Keto claims for food products in the near future.