Is the ketogenic diet safe during pregnancy? 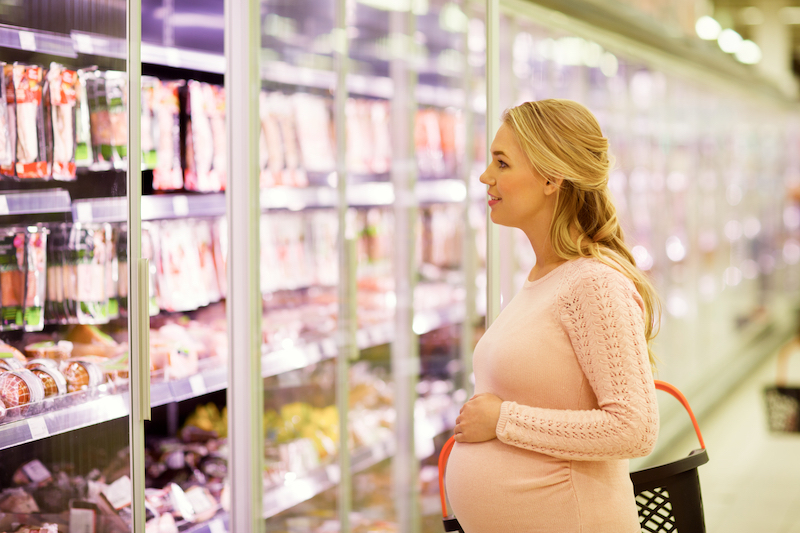 While the ketogenic diet increases in popularity, so does its increased use in women of child-bearing age for seizure management, as well as management for other metabolic or neurological disorders.  This raises the obvious question as to whether or not the ketogenic diet is safe during pregnancy.  However, there is a distinct lack of information related to the effects of a maternal ketogenic diet.

The ketogenic diet that is characterized as being high in fat and low in carbohydrates was initially designed to reduce seizures in patients with epilepsy.  However, more recent evidence has shown its effectiveness in the treatment of other metabolic and neurological disorders, as well as for overall general health maintenance.  While the clinical significance of ketone body metabolism is still being revealed for a myriad of metabolic disorders, the effects of replacing glucose with ketone bodies as the brains primary energy source during pregnancy are not yet fully understood.

In this review, we highlight a few critical findings related to the use of a ketogenic diet during pregnancy and the known effects of a maternal ketogenic diet on fetal brain development.

With a maternal ketogenic diet, reported effects on the embryo in the context of fetal weight and central nervous system (CNS) development are primarily based on rodent models.  Fetal development is dependent on a constant supply of glucose and amino acids during gestation, with inadequate nutrition exerting a profound effect on maternal and fetal metabolism. During pregnancy, ketone bodies can cross the placenta efficiently and reach the same levels as those in maternal circulation [1].

However, outcomes reported among the rodent studies are remarkably varied.  In one study, rats fed a maternal ketogenic diet exhibited increased placental transport, leading to significant fetal overgrowth [2].  In other maternal ketongenic diet studies, some found that fetal weights were found to be increased [3], while others found that fetal weight was decreased [4]. Other studies looking to discover whether the ketogenic diet was safe during pregnancy discovered that weight loss and gain was experienced, but varied depending on different stages of gestation [5].

It was also found that a maternal high-fat diet was associated with reduced body weight and body length early in life, while overweight later in life. It was also associated with altered growth of the head, delayed reflex development, and delays in physical development. These are changes that are similar to those observed in children of malnourished mothers, and distinctly opposite of the observations of children whose mothers were well-nourished [6].

In a similar study, it was also reported that at the beginning gestation on a maternal ketogenic diet, the fetus initially grew at an accelerated rate which later slowed. It also showed that the outcome of the maternal ketogenic diet led to smaller pups, decreased litter size, and slowed physiological growth postnatally. These observations were associated with increased susceptibility to maternal ketoacidosis during lactation. Thus, concluding that both prenatal and postnatal maternal ketogenic diet resulted in significant deleterious effects [7].

Although rodents are often used in testing because their genetic, biological, and behavioral characteristics are similar to that of humans, they are not perfect for extrapolating what would happen in human trials. A recently published case report involving two women reported that the ketogenic diet was effective in decreasing seizures during pregnancy, and the infants were observed to have normal neurodevelopment within the first year [8]. These cases illustrate that a ketogenic diet during pregnancy was a safe, non-pharmacological alternative to anti-epileptic drugs for these two women. However, the authors still suggest that although the ketogenic diet was found to be safe during pregnancy in these two cases, more cases need to be observed to determine overall safety for the mother, as well as further observations in the long-term implications of the maternal ketogenic diet on childhood development.

Ketone bodies easily cross the blood-brain barrier, and neurons and glial cells readily metabolize ketone bodies during periods of low glucose, and levels of ketone bodies and their shuttles at the blood-brain barrier are highest during periods of brain development and decline over time [9].  This may explain why the fetus may have grown initially at an accelerated rate and later slowed, but not why reduced body weight and body length early in life, while overweight later in life was observed. Nor does it explain the delayed reflex development, or delays in other physical developments.

Keto Diet and Pregnancy: Is it Safe?