Why Legumes Aren’t Paleo: An Email Thread about Lupin 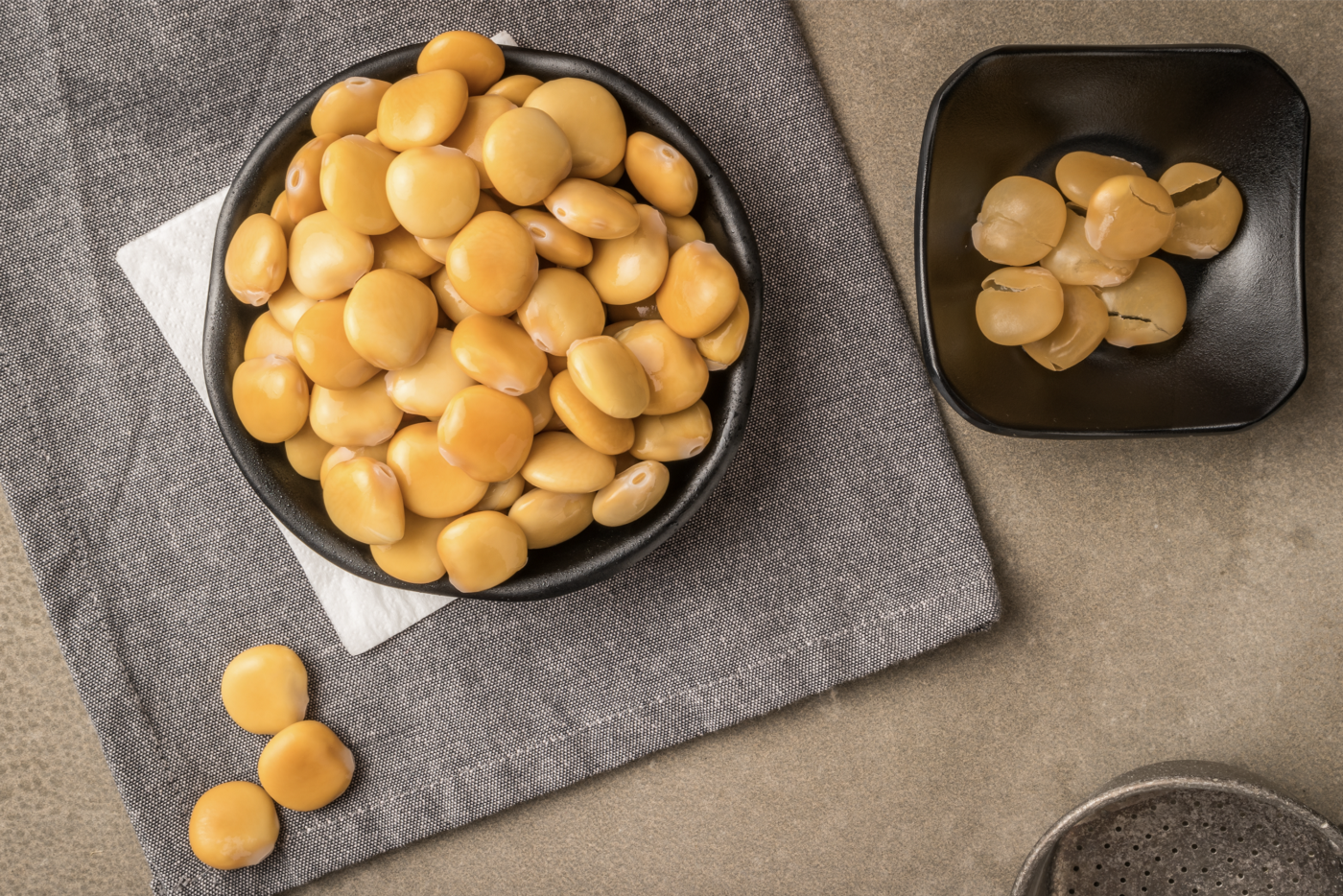 I’m arguing with an individual in an email exchange over why legumes aren’t Paleo. I stated that it was because objectively, the return on investment (ROI) on legumes, specifically lupin, (excluding arboreal legumes) wasn’t there.  And thus, the argument for including legumes as a “Paleo Diet” food were dubious, as were his product packaging claims.

“I don’t know how you calculate ROI but it there is no comparison between the ROI of lupin and that of meat. Picking beans that grow naturally and wildly with the fiber and protein lupin has clearly is a much higher ROI than hunting, skinning, cutting, and cooking meat (in addition to the energy spent on gathering the wood). So I don’t follow this line of argument.” And, “Your argument is so far gone and stupid I certainly don’t have time to argue with someone like you. If your argument was logical maybe I would make time. So you can think what you want but its really that simple. Enjoy wasting business people’s time with your bullshit.”

Although this individual finds my argument to be illogical, and “bullshit”,  I felt like I should share my verbatim line of reasoning, nonetheless.  Enjoy.

Why Lupin and other non-arboreal legumes are not Paleo

While QAs offer the plants protection against insect pests, the accumulation of QAs in lupin complicates its use for food purposes as QA levels must remain below the industry threshold (0.02%), which is often exceeded.

The toxic metabolites of the lupin have been reduced by breeding strategies, a benefit of agricultural cultivation. Thus, these alkaloids which make them unpalatable and both neurotoxic and hepatotoxic have been reduced over the millennia but still pose current health concerns. Today, improper processing and consumption can cause quinolizidine alkaloid poisoning, which causes trembling, shaking, excitation, as well as convulsions.

Though toxic and unpalatable in their natural state, lupin can be consumed after a lengthy soaking period to reduce the quinolizidine alkaloid content. However, this is a process that relies largely on Neolithic tools.

For example, the crude method to process the “sweet” lupinus albus with even the lowest quinolizidine alkaloid content must have a 48 hour soaking process that includes salt water to reduce QA content.  It is unknown what processes would be required for pre-agricultural lupin to be safely consumed, but it is likely that they may have required another day of soaking.

Without agriculture, however, one would need to find wild lupin in quantities that would render this lengthy process of collecting the seeds, bringing water, finding salt, having ceramics to store the lupin in, soak the lupin in, and cook the lupin in— worthwhile. Because they wouldn’t have been consumed raw, as they would have tasted absolutely horrendous like other foods with high quinolizidine alkaloid content do.

The ROI of the Auroch

Now, perhaps it’s worth noting that pre-agricultural humans did not chase down animals and strangle them with their bare hands and skin them with their fingernails. They used weapons… like the atlatl. The atlatl is hunting weapon that is believed to be have used more than 20,000 years ago, used to propel a spear or dart with great force and deadly accuracy.  This throwing “stick” is an extension of the users arm, and was used during the Paleolithic period to catch wild game of various sizes.  The speed of a properly flung 5 ft (1.5 m) spear equipped with a 1 ft (30 cm) atlatl is about 60 miles (80 kilometers) per hour.  The maximum speed achieved by an experienced atlatlist is 78 mph, or 35 meters per second.

Lets do some math:

While the progenitor of modern cow, the auroch, does not have a lot of current information about its caloric content available, I will use a proxy, modern cow, to assess the ROI of a hunting expedition that ended with an auroch.

According to this link, about 60% of a steer’s weight (cattle/cow) is edible or carcass weight.

According to this link, “a full grown Holstein cow weighs an average of about 1,500 lbs” or about 680 kg.

Cow size varies, hence kcal count will vary from around 0.8 to 1.4 million kcal.

Thus, the average caloric ROI for a cow may have been roughly 1 million calories.  However, while a large domesticated cow is about 1.5 meters, aurochs were a bit larger— 1.7 meters.

Ancient food preservation techniques such as salting, smoking, and in-earth refrigeration ( which we have evidence of their existence even in 12,000 BC) were used. Most importantly, it’s estimated that an average auroch would have fed a group of 50 for roughly two weeks.

What is missing from these figures is that this would have included the bones, and the highly prized hides which in your calculation was a negative return, but this would be an incorrect assumption on your part.  Not only would have rendered this effort to be very high return for the days required to get those calories— they also got prized hides, and bones that were used for creating new tools such as spoons, knives, awls, pins, fish hooks, needles, flakers, hide scrapers and beamers for shelter.

To make ROI comparisons of a lupin vs big game animals on the basis of protein alone is illogical.

But let me talk about coprolites.

The Absence of Lupin in Coprolites

The speculative method so often used for determining the pre-agricultural diet has skewed the collective understanding of what Paleolithic hunter-gatherers ate. That is, until the widespread recognition of the scientific importance of analyzing human coprolites, or fossilized feces, for determining a more accurate portrayal of pre-agricultural food habits.

Coprolites contain recoverable information on ancient diets and subsistence patterns, technology, the season of archaeological site occupation, nature and extent of parasitic infestations, and a variety of other aspects of the regional ecology. Many fragile items that are susceptible to decomposition in an open archaeological site, are well-preserved in coprolites. This is because coprolites generally come from contexts ideal for preservation, giving coprolites a greater range and better representation of fragile dietary items. Thus, data extracted from the study of coprolites is critical to a more accurate dietary reconstruction of pre-agricultural humans.

And while there is some (albeit very little) coprolite evidence of grain consumption during the Paleolithic era, there has been no evidence of legume consumption with the exception of arboreal legumes like mesquite and carob which I mentioned previously. Why? Because the ROI wasn’t there.

And that’s why lupin isn’t Paleo.

While lupin may not be Paleo and thus cannot be Certified Paleo,  the argument could easily be made that legumes have a place in the Keto Diet, and may be Keto Certified.