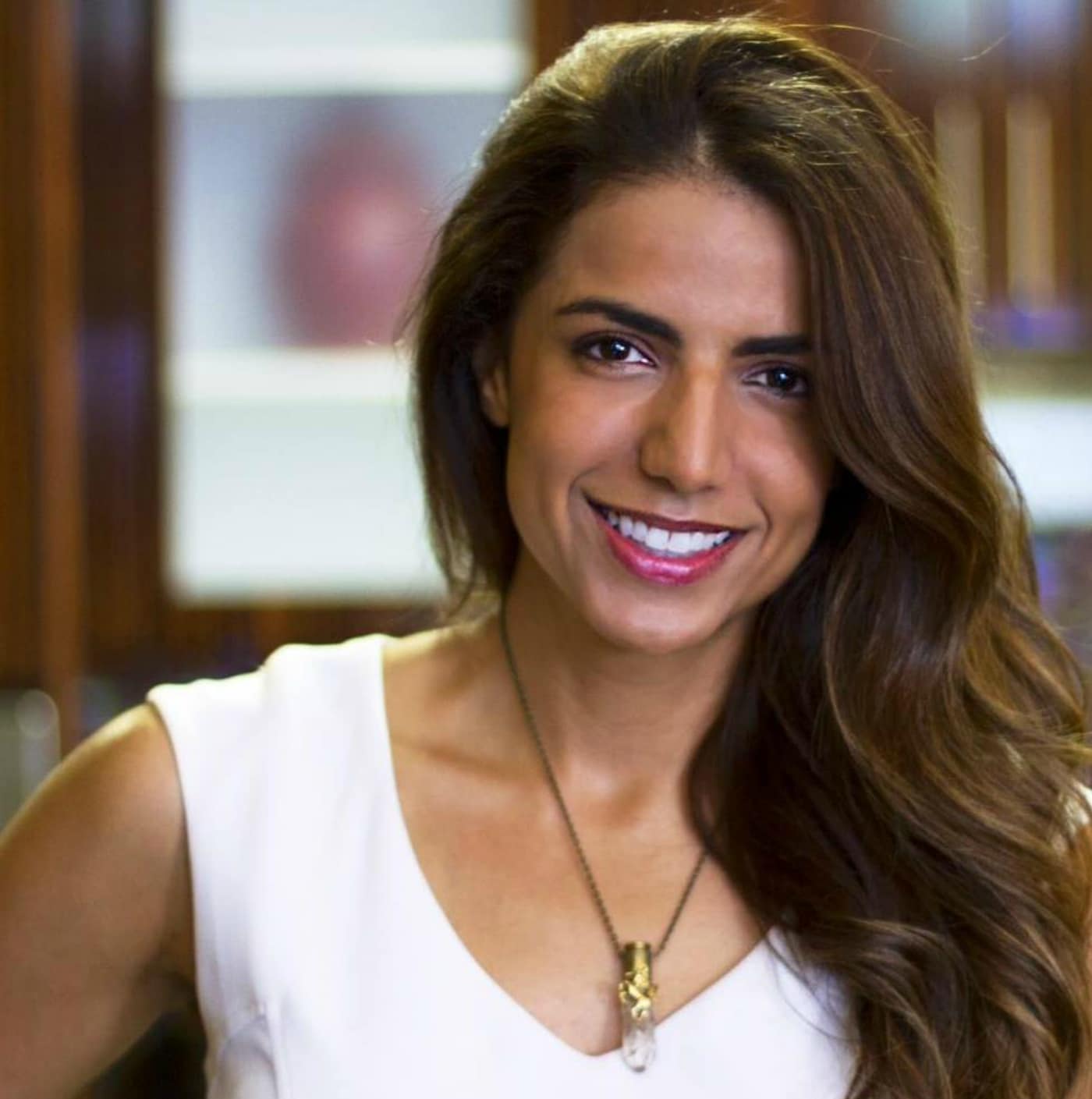 After enduring multiple gauntlets of prescription drugs, steroids, and doctors treating her condition as psychosomatic, the Paleo Chef and Lifestyle Coach Mary Shenouda took it upon herself to diagnose, treat, and subsequently overcome her Celiac condition through the Paleo diet.  Currently, she offers exclusive private Paleo Chef services to her VIP clients while the rest of us have to settle on her delicious Phat Fudge.

Thanks for taking the time to talk to us today, Mary.  Can you tell us a little about yourself and your journey to get healthy?

My name is Mary. I like bacon, scotch, and baseball. I have legitimately crashed a wedding and once hand modeled for Al Gore’s app on global warming.

I grew up in Northern California and spent a lot of time in the kitchen with my Momma. Being Egyptian and Greek, food is a big part of my culture. Without that baseline, I don’t think I would have had such an easy transition after finding out that I am a Celiac in my mid-twenties.

Before that diagnosis, I was very ill and in physical pain for as long as I can remember. I was also in corporate America at a young age and felt the need to keep up with my peers so I found myself often times medicated or just pushing through so I could get my job done.

The ambiguous and undetectable “sickness” only worsened and I had the choice to start doing my own testing and experimentation. That led me to find that I was a celiac who was also intolerant to casein and soy are also known as THE GREATEST DAY OF MY LIFE.

Shortly after removing those ingredients, I woke up one day without a headache for the first time since I could remember!

That was just the beginning of what felt like a new life as all of my other symptoms one by one also dropped off.

And it was just the beginning is more ways than one.

Leaving your day job must’ve been scary.  Can you talk to us about what changed your mind from kicking ass in the corporate world to Paleo domination?

It was something I felt so strongly about that it just made sense to pursue 100%, all in. Fear wasn’t even a factor in my mind. That’s not to say there wasn’t risk in leaving a very comfortable career for the unknown but when you believe in something with all of your beings you trust your own ability to create the right opportunities.

Believing in yourself beyond reasonable doubt removes fear from the equation.

How did you come to find the Paleo community? What are some of your memorable moments?

I don’t remember my gateway into the paleo community specifically, but very early on in my pivot, I met Tucker Max and had the privilege of cooking for him and a group of his friends that I would later learn are all badasses.

To be the new kid on the block, only a few months into my business, and be getting called to the private chef for extremely notable names created numerous memories that it would be difficult to pick just one.

There are two that stand out from the beginning.

One would be preparing Caribou for the first time (and on the fly) for Tim Ferriss and a group of his friends. I have a habit of talking to myself when I cook and he overheard me mumbling about it being the first time I’ve played with this kind of meat. He looked both amused and concerned to which I assured him that “I know food, this will be amazing.”

And of course, it was, as proven by the silence and second helping that went on at the dining table.

The other would be the collaboration I did at RN74 with Chef Michael Mina. It was amazing to be so fresh in this process, both paleo and as a private chef to be able to put on a fine dining event with the approval of someone as established and respected in the culinary world as Chef Mina.

The dinner sold out a month in advance! Many Thought Leaders in the paleo community were so kind as to contribute books and products for the beautiful gift bags which everyone loved.

It was also very cool to meet everyone that attended and learn that it was a fairly even split between folks who are 100% paleo and those who just wanted an amazing dining experience knowing that the food was prepared with sustainability in mind.

It felt like a win for all of us that night and just a preview of where we are headed as a community.

Tell us a little about your ‘exclusive’ Paleo chef services. Where can I sign up?  Do I have to be in Los Angeles?

When a client hires me they know they are getting more than just broccoli and chicken on a plate. I love taking all of their favorite foods and paleo’fying them or introducing them to new dishes all together, ie Bangin’ Liver.

Often times clients want to spend extra time with me hearing about food, Eat Play Crush, my paleYOU philosophy, and hire me for a full experience beyond just putting a plate in front of them.

You can learn more by contacting me through my website.

You can be anywhere! I have clients that fly me out to cook for them for a day or as a take-along paleo chef for their business trips or vacations.

Talk to us about your Famous Phat Fudge.  What’s in it? Phat Fudge was made originally for myself and a PGA client that I have who was on a ketosis diet. I needed to create something that was high fat, moderate protein and filled with good spices that would sustain someone between meals.

Pre-Paleo, I was a big fan of the GU concept but not so much of all the weird ingredients. Looking at what I included in my morning coffee drink called “Unicorn Fuel” I turned it into tahini based functional ‘fudge’.

My client loved it so much, I decided to share the recipe on my website which went bananas with my readers! They asked me (over and over) to turn it into squeeze packs so they could easily take Phat Fudge anywhere and so, I listened.

What’s your shipping radius for Phat Fudge?  Delivery time?  Do you ship it cold?

Right now I am only shipping in the US and taking about 4-5 weeks to get orders out from their order date.

Phat Fudge ships at room temperature the day it’s batched and packed. Upon arrival there is a love note included letting you know that the squeeze packs like to remain refrigerated when they’re not out on an adventure with you.

I understand that you only make 50 12-Packs of Fudge a week, is this some sort of diabolical scheme to tease our taste buds?

Ha! Right now, it’s just me batching, filling and sealing Phat Fudge. I had to put a cap on it so I don’t spread myself too thin while I find the right co-packer in the near future so I can truly ramp up production.

Anything in the future we can look forward to from The Paleo Chef?

I’m sure there is a lot to look forward to in the future. All I will say now is that the uncertainty in life is the most generous source of opportunity. *wink*

Any words of wisdom?

Hm, I always wonder what words people find to be wise and worthy of applying.

I guess I would say find out what makes you happy and align ‘success’ with that. It’s easy to get caught up in what other people define as successful and you risk letting things that shouldn’t matter begin to matter too much. Check back in with your joy often and trust your gut. Interview with The Paleo Chef Mary Shenouda by Jonathan David