Probiotic Supplements: What You Need To Know Before Buying 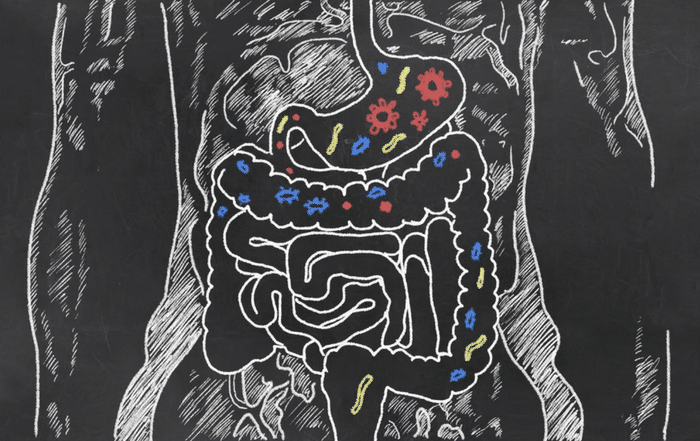 Casually drop the word “bacteria” in any conversation, and you’re guaranteed to notice even just the tiniest hint of disgust on the face of whoever you’re talking to. Fact is, the concept of bacteria tends to get quite a bad rap. We’ve come to associate it with dirt, diseases, and generally anything that can make us sick.  It also doesn’t help that advertisements for cleaning agents and whatnot often treat bacteria under a microscope as their go-to representation for pathogens (the things that make us sick).   It’s silly, really, especially when you consider the important role bacteria play in our bodily processes, particularly the ones involving our gut. [1] It’s also silly given what we know currently about probiotics and probiotic supplements.

You’re likely already familiar with the term probiotics. Let’s go over it in brief by identifying what they are and why our bodies need them.

The “pro” in their name [2] has probably clued you in on their impact on the human body. Often called “good bacteria,” probiotics are microorganisms found in the body that support and benefit a wide variety of its most crucial functions.

The impact of probiotics isn’t just limited to the gut, either. They have been shown to affect nutrient absorption, proper digestion, and even how the body combats germs and other pathogens from damaging our cells and infecting us with diseases.

Probiotics are found in fermented foods such as yogurt, pickles, and certain types of cheese.  There are also probiotic supplements that you can purchase and incorporate into your diet to get your regular dose of these “good bacteria.”

What Do Probiotic Supplements Do?

In general, probiotics have been linked to numerous benefits, [3] a few of which we will discuss in the succeeding sections. Here’s where things get a little tricky, though. While studies have shown that probiotics do benefit the body, at this point, more research is required to definitively measure exactly how much they impact our system.

Here is a highly recommended resource that includes systematic reviews on probiotic’s effectiveness as an intervention for various outcomes.

In fact, way back in 2010, the European Food Safety Authority (EFSA) declared that there simply wasn’t enough evidence to say that all of the benefits that the probiotics industry attributes to probiotics are 100% true. In fact, some probiotics may be downright dangerous. They based their statement on tests run by unaffiliated scientists — in other words, impartial judges.

That’s not to say, however, that probiotics’ purported benefits are fake. Far from it, in fact.

Due to numerous studies conducted over the years, experts generally agree that probiotics may help manage a number of conditions related to the digestive system, such as chronic constipation and even lactose intolerance. Here are a few of the purported benefits of probiotics that are strongly backed by scientific evidence.

Specifically, scientists have found strong evidence that probiotics can help ease diarrhea associated with taking antibiotics. If you think about it, this makes sense: If you’ve ever had to take regular doses of antibiotics for an extended period of time, you probably also experienced diarrhea (and plenty of discomfort in your gut).

That’s because antibiotics don’t really discriminate the bacteria they kill in your gut, which means they also end up eliminating the natural bacteria that keep the bad ones in check. [4]

Probiotics aid in resupplying the gut with its vital natural bacteria in order to combat Clostridium difficile (a bacteria that can cause anything from loose bowels to colon inflammation) and other pathogens. [5]

We mentioned earlier that probiotics aid in nutrient absorption. As a matter of fact, research has shown that probiotics are particularly helpful in enabling your body to better absorb protein.

Subjects who consumed a certain probiotic alongside a serving of protein absorbed more of it compared to others who didn’t consume the probiotic. [6] And while you’re probably already aware that better absorption of the amino acids in protein will enhance and increase your muscle growth, it also helps in another key health issue: weight loss. [10]

Lowering the pH Level in Your Colon:

It might be weird to talk about the pH level of your colon, as it isn’t something that usually gets brought up in health-related discussions. However, a lower pH in your colon actually helps you go through your excretory processes faster. [7] Probiotics prevent alkalinity by supplementing the natural flora in your guys that stabilize your acidity levels.

IBS is quite common and involves various symptoms such as the feeling of bloatedness, constipation, loose bowels, and excessive gas. [8] Studies have shown, however, that probiotics are effective at preventing these symptoms and ultimately fighting the condition. [9]

Despite the breadth of our modern-day knowledge of probiotics, there is still much to learn about these “good bacteria,” and much to discover in the way of concrete evidence on their other alleged health effects. Here are a few of the other noteworthy benefits of probiotics.

What to Know Before Buying

If you’re thinking of investing in probiotics supplements, here are a few things to remember:

•  Know what you’re buying. You may be under the impression that all probiotic supplements are the same, or that all probiotic supplements are beneficial. The fact of the matter is, it is crucial to understand the differences between the Lactobacillus (L. acidophilus, L. casei,  and  L. plantarum) and Bifidobacterium (B. lactis, B. longum, and B. bifidum) strains, which are the two types of probiotics that are considered safe and beneficial.  It is equally important to understand that not all probiotics fall under the aforementioned strains, lest you end up purchasing supplements that will harm instead of help you in the long run.

•  Check the labels. Remember to read the labels before buying any supplements. Know what you’re getting yourself into — the brand you’re buying, the proper way to store your supplements, and so on.  Better safe than sorry.

•  Take time to investigate. Don’t rely on what the brands tell you. Familiarize yourself with probiotics and prebiotics, and how they work (this guide may help you accomplish that).  If all else fails, consult a medical professional to provide you solid and credible advice on which supplements to take and which ones to avoid.

Exercise caution when deciding to take the probiotic supplements plunge. If you’re not sure which ones to buy — and if you’re not suffering from any particular diseases that require additional probiotics — the good bacteria that you get from rich food sources should be enough in the meantime.

Probiotics have been shown to be good for you — there is no question that they’ve certainly earned their name. In fact, there is a positive association between taking antibiotics and improved digestion, regardless of age bracket.

However, if you’re not mindful of the probiotic supplements you purchase and ingest, the biggest “strains” that will impact your life are the strains on your health and wallet.

When it comes to improving your gut health, it’s not enough to just go with your gut.