SeaSnax: The Entrepreneurial Art of Naiveté 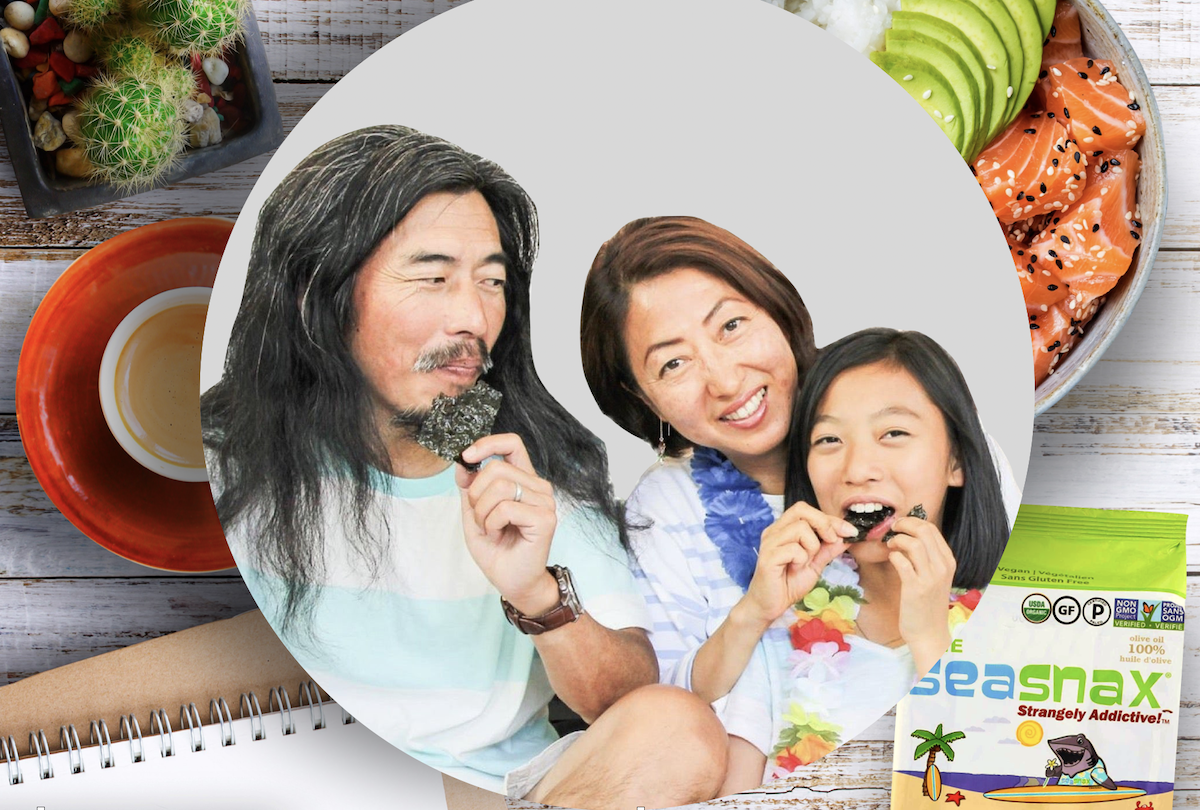 For most people, seaweed might be considered an exotic food that is worth try during an outing to a highly-rated and recently opened Japanese sushi restaurant. The idea of chomping on seaweed snacks while watching a weekend movie at home, however, might seem like a bit of a stretch. For Jin Jun, the CEO and founder of SeaSnax, however, stretching the boundaries of our gastronomic and culinary acceptance has been the foundation of an incredibly impressive entrepreneurial adventure.

“When I first started sampling SeaSnax in stores, I never thought Americans would one day replace cupcakes and candy with SeaSnax at birthday parties,” Jun says. Today, however, Jun´s firm belief in the quality of her product has grown into a health food brand that does around $10 million in sales every year and is experiencing a year-by-year growth rate of 45 percent. Their story, which we detail here, goers to show that a bit of naiveté is sometimes necessary when launching a new business idea.

Jun initially developed an interest in holistic nutrition while finishing her Master’s degree in Acupuncture and Traditional Chinese Medicine at YoSan University. Roasted seaweed was always a staple snack in their house, following from their Korean heritage. When Jun´s daughter was born, however, she started to take a closer look at the ingredient list in the commercially available roasted seaweed snacks she could find in the southern California stores and supermarkets. The supposedly healthy seaweed snacks she wanted to purchase for her daughter were filled with corn oil, chemical preservatives, and other filler ingredients that essentially erased the health advantages that she sought for her family.

Jun´s studies and interests focused on discovering how holistic nutrition could play a vital role as a tool for the prevention of disease, self-healing, and self-empowerment. Instead of simply eradicating these chemical-soaked seaweed products from their diet, Jun embarked on a mission to develop a healthier seaweed snack for her family, community, and for the wider public.

According to its website, “SeaSnax is a socially conscious, kid-inspired family business. The founders are moms and dads whose kids eat seaweed like candy. So, we make SeaSnax as if our own kids eat them every day – because they do!”

When developing their product line, Jun was adamant that the quality of ingredients should not be sacrificed. For that reason, the company sources only the highest quality of seaweed straight from a group of Korean seaweed farmers whom she helped to become USDA certified. Today, the company manufactures and markets four main seaweed-based products. Their original SeaSnax sheets are a popular Certified Paleo,  Keto Certified, and Non-GMO Project Verified seaweed snack that is lightly roasted using organic seaweed, 100 percent organic extra virgin olive oil and just a pinch of sea salt without any artificial colors, flavors or preservatives. A newer line of Chomperz is made from seaweed curls wrapped in rice and lightly seasoned with a pinch of sea salt. The company also markets a unique seaweed salad mix, and an innovative product called SeaMama Wakame, a sweet and versatile sea vegetable most often used in soups and salads.

Believing in a Product with a Limited Market

A recent study published in the Journal Food Quality and Preference states:

“New food products have a high chance of market failure. To improve the chances of new product success, a consumer-oriented approach to product development has been recommended. The approach emphasizes the importance of an optimal fit between consumers’ needs and the new product. To achieve this goal, food professionals generate and use various consumer data types and methods. However, very few studies address the extent to which the food industry uses consumer data in product development.”

Globally, the market for seaweed and seaweed related products is expected to grow to over $9 billion by 2024. Most of that market share, however, is situated in Asian countries and, perhaps, unfortunately, to use seaweed as a biofuel. When Jin Jun decided to launch SeaSnax, the decision wasn’t fueled by hard, consumer data. While there certainly is a growing interest in healthier nutrition and healthier snack products, seaweed is not at the forefront of most people´s minds, especially when it comes to snack options in North American markets.

While conventional entrepreneurial advice (such as that outlined by the report above) would probably have discouraged Jun from ever launching her line of seaweed snack products, Jun believed in the quality of her product.

In a recent interview, she says “even if you or others think the world isn’t ready for what you have to offer, if you offer the very best of what you have to give, there will be people waiting with open hearts and mouths.”

Armed with nothing more than a belief in her product and a desire to offer healthy, additive-free snacks to families around the country, Jun shows that a bit of naiveté and inexperience might actually be a good thing for businesses that are just starting out.

The Art of Going Door to Door

Most business schools and financial advisors will tell entrepreneurs to avoid launching a product until significant market analysis has been completed and purchasers and distributors are on board. Unfortunately, as any small business might know, this can take an absurd amount of time and funding.

In the case of SeaSnax, Jun says: “we did not have brokers or distributors our first year in business. In hindsight, this was a blessing in disguise because we would have been told that we needed to discount heavily in order to get into stores. Instead, we contacted stores directly and developed relationships.” While many people associate farmer´s markets with recently launched products, SeaSnax was originally rejected from several farmers’ markets in the southern California area who had prohibitively long waiting lists.

“We thought we were going to have to peddle this on the street and sell it until one day perhaps three to 10 years later a supermarket chain would actually consider bringing us into their store,” Jun says. “We had no ambition, no vision, to have this go out into the mainstream United States. But it was because we were rejected that I went door to door to stores.”

Several small, independent retailers and co-ops agreed to sell SeaSnax. Because they realized that Jun represented a small, family-owned startup, these first stores did not ask for or demand free-fills or discounts at the outset. “The independent retailers and co-ops are truly the heart of the natural industry and without that support, we would not be where we are today,” Jun recognizes.

Without any sort of budget for marketing or sales, SeaSnax was able to find its way into a number of smaller retailers before eventually making it into the mainstream. Jun attributes this success to her profound desire to share with the Western world a healthy and natural food that is sacred to her Korean culture and that has a deep and profound connection to life. Additionally, she agrees that “we won stores over with our story, ingredients and the authenticity of our brand and mission.” 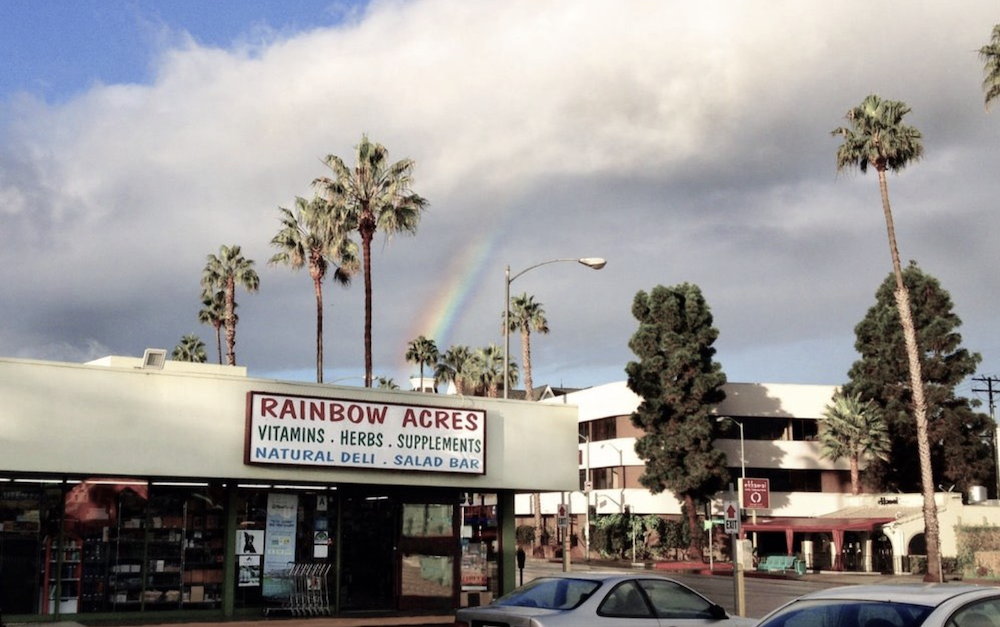 “I said I have this really healthy snack. Would you guys sell it here? And they actually said yes,” Jun remembers.

Seasnax Founders use Sincerity and Humility as an Advertising Technique

Believing in your product is certainly an essential element for any startup food brand, and should probably be considered just as significant as traditional business tools like market analysis and detailed advertising schemes. Despite this importance, how does a company go from peddling their product door-to-door at small to mid-size retailers to doing close to $10 million in sales on a yearly basis?

“I don’t really know if I would call it a marketing tactic,” Jun says in a recent Entrepreneur.com interview, “but what has worked for our brand is our sincerity and our willingness to share and give. We don’t spend a whole lot of money on fancy shows or websites or paying for Facebook likes. Everything we’ve ever done is not advertised, it’s done quietly and humbly.”

In the day and age of constant bombardment by advertisements, social media promotional content, and influencer marketing techniques, the sincerity and humility professed and practiced by SeaSnax has been recognized and supported by their growing customer base. Without paying a dime, they have received support and recommendations from celebrities like Sarah Jessica Parker and Dr. Oz. The company sincerely believes that consumers are less interested in fancy websites and lavish promotional material. “We’re just sticking to our guns and being sincere,” Jun says.

As the SeaSnax continues to grow by leaps and bounds, that certainly seems to be a wise decision.