Health Benefits of Coffee You Might Not Have Known 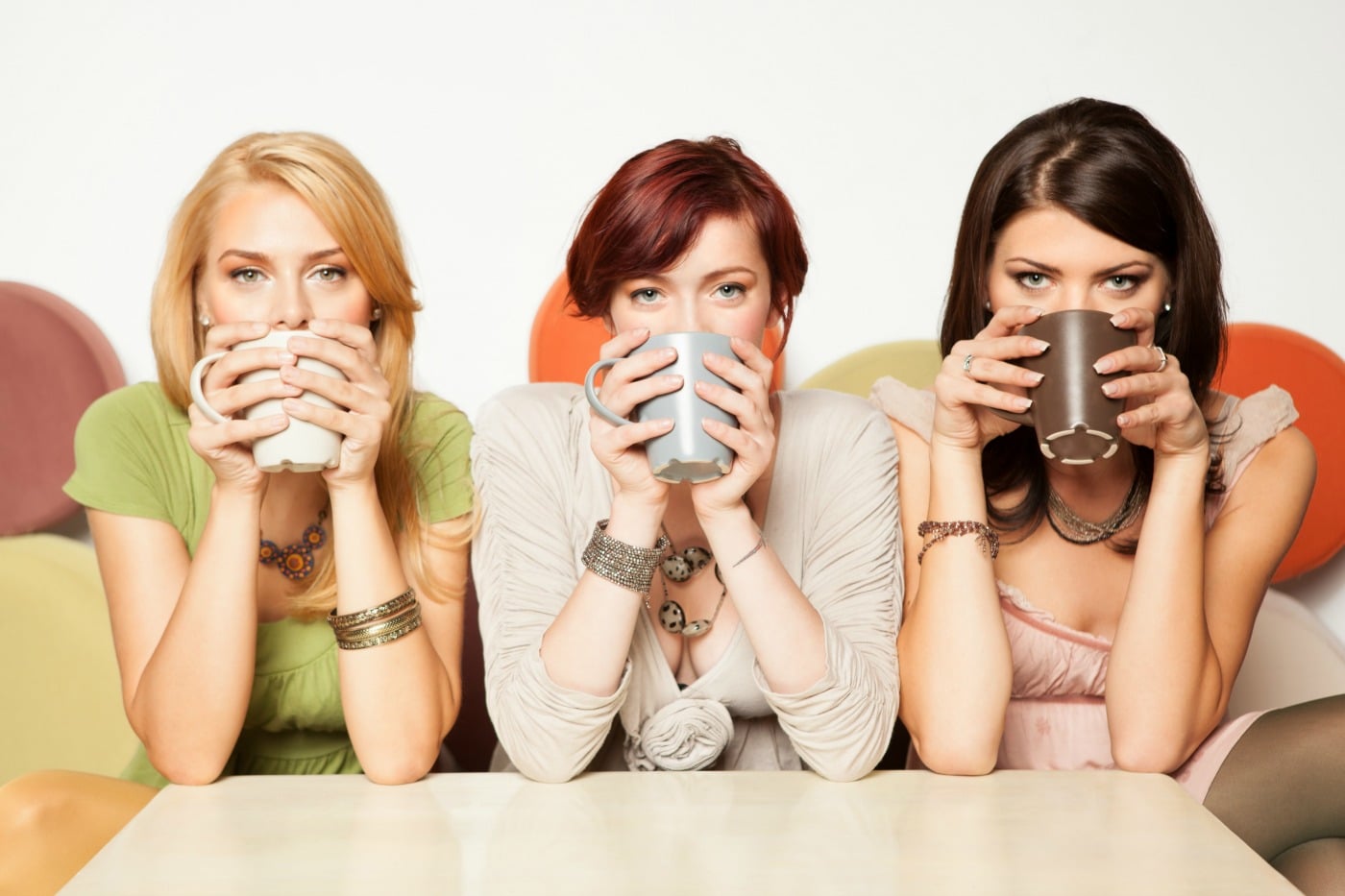 Coffee. Pretty much the first word out of your mouth in the morning, more often than not uttered like a zombie from some 80’s movie. Without that magic elixir, who knows how many pedestrians as you’ll run over on your way to work or how many coworkers you’ll strangle with your bare hands.  Now we all know it’s the caffeine in the coffee that gives us the energy we need to get through the day, but did you know that coffee also has a multitude of other benefits? Here are some health benefits of coffee you might not have known.

This is because it contains caffeine, which is actually the most commonly consumed psychoactive substance in the world. Once you drink your coffee, the caffeine is absorbed into the bloodstream. From there, it travels into the brain (4). In the brain, caffeine blocks an inhibitory neurotransmitter called adenosine. When that happens, the amount of other neurotransmitters like norepinephrine and dopamine actually increases, leading to enhanced firing of neurons.

Many controlled trials in humans show that coffee improves various aspects of brain function. This includes memory, mood, vigilance, energy levels, reaction times, and general cognitive function. When a group of volunteers received a dose of 100mg of caffeine, about as much contained in a single cup of coffee, Austrian researchers found a surge in the volunteers’ brain activity, measured by functional magnetic resonance imaging (FMRI), as they performed a memory task.

The researchers noted that the memory skills and reaction times of the caffeinated volunteers were also improved when compared to the control group who received a placebo and showed no increase in brain activity.

2) Coffee Can Help You Burn Fat

Did you know that caffeine is found in almost every commercial fat burning supplement?

There’s a good reason for that… caffeine is one of the very few natural substances that have actually been proven to aid fat burning. Several studies show that caffeine can boost the metabolic rate by 3-11%. Other studies show that caffeine can specifically increase the burning of fat, by as much as 10% in obese individuals and 29% in lean people.  However, it is possible that these effects will diminish in long-term coffee drinkers, but don’t stop drinking every day just yet.

Caffeine also increases Epinephrine (Adrenaline) levels in the blood. This is the “fight or flight” hormone, designed to make our bodies ready for intense physical exertion. Caffeine makes the fat cells break down body fat, releasing them into the blood as free fatty acids and making them available as fuel. Given these effects, it is not surprising to see that caffeine can improve physical performance by 11-12%, on average.
Because of this, it makes sense to have a strong cup of coffee about half an hour before you hit the gym.

4) There Are Essential Nutrients in Coffee

Coffee is more than just black water! Many of the nutrients in the coffee beans to make it into the final drink. A single cup of coffee contains:

Although this may not seem like a big deal, most people are drinking more than one cup per day. If you drink 3-4, then the micronutrients in coffee quickly add up. Minerals and nutrients are benefits of coffee that are often under-appreciated.

5) Coffee May Lower Your Risk of Type II Diabetes

Type 2 diabetes is a gigantic health problem, currently afflicting about 300 million people worldwide. It is characterized by elevated blood sugars in the context of insulin resistance or an inability to secrete insulin. For some reason, coffee drinkers have a significantly reduced risk of developing type 2 diabetes. The studies show that people who drink the most coffee have a 23-50% lower risk of getting this disease, one study showing a reduction as high as 67%.

6) Coffee May Protect You From Alzheimer’s Disease and Dementia

Studies show that coffee drinkers have up to a 65% lower risk of getting Alzheimer’s disease. Alzheimer’s disease is the most common neurodegenerative disease and the leading cause of dementia worldwide.  This disease usually affects people over 65 years of age. Unfortunately, there is no known cure for Alzheimer’s. However, there are several things you can do to prevent the disease from manifesting in the first place. This includes the usual suspects like eating healthy and exercising, but drinking coffee may be incredibly effective as well.

7)  Caffeine May Lower The Risk of Parkinson’s

Parkinson’s disease is the second most common neurodegenerative disease, right behind Alzheimer’s. Like Alzheimer’s, there is no known cure, which makes it that much more important to focus on prevention. In studies, coffee drinkers have a much lower risk of developing Parkinson’s disease, with a reduction in risk ranging from 32-60 %.  In this case, it appears to be the caffeine itself that is causing the effect.  Research indicates that people who drink decaffeinated coffee don’t reduce the risk of Parkinson’s.

8) Coffee Appears to Have Protective Effects on The Liver

The liver is an amazing organ that carries out hundreds of important functions in the body.
Several common diseases primarily affect the liver, including hepatitis, fatty liver disease and others.  Many of these diseases can lead to a condition called cirrhosis, in which the liver has been largely replaced by scar tissue.It turns out that coffee may protect against cirrhosis. People who drink 4 or more cups per day have up to an 80% lower risk for the disease.

9) Coffee Can Fight Depression and Make You Happier

Depression is a serious mental disorder that causes a significantly reduced quality of life.
It is incredibly common and about 4.1% of people in the United States currently meet the criteria for clinical depression. In a Harvard study published in 2011, women who drank 4 or more cups per day had a 20% lower risk of becoming depressed. Another study with 208,424 individuals found that those who drank 4 or more cups per day were 53% less likely to commit suicide.

Cancer is one of the world’s leading causes of death and is characterized by the uncontrolled growth of cells in the body.
Coffee appears to be protective against several types of cancer, like liver cancer, colorectal cancer and skin cancer. Liver cancer is the third leading cause of cancer death in the world, while colorectal cancer ranks fourth. Studies indicate that coffee drinkers have up to a 40% lower risk of liver cancer.

11) Coffee Can Reduce the Risk of Heart Disease and Stroke

This abstract suggests that coffee drinkers have a 20% lower risk of stroke.

12) Coffee May Help You Live Longer

I mean, who doesn’t want to live longer?

For people who eat a standard Western diet, coffee may actually be the healthiest aspect of the diet, since much of the Western diet relies on fast food. That’s because coffee contains a massive amount of antioxidants! In fact, studies show that most people get more antioxidants from coffee than both fruits and vegetables… combined.

Research published in the Journal of Neurology, Neurosurgery and Psychiatry indicates that caffeine’s neuroprotective and anti-inflammatory properties may lower the risk of developing multiple sclerosis.
One study compared 1,620 Swedish adults with MS with 2,788 healthy subjects, matched for age and sex. One study in the US compared 1,159 people with MS with 1,172 healthy participants.

In both studies, participants provided information about their coffee drinking. There was a consistently higher risk of MS among those who drank fewer cups of coffee every day in both studies, even after adjusting for factors such as smoking and weight during adolescence.

In the Swedish study, coffee consumption correlated with a lower risk of MS both at the onset of symptoms and 5-10 years beforehand. Those who consumed over six cups (900 ml+) daily had a 28-30% lower risk. The US study revealed a 26-31% reduction in risk among those who drank above 948 ml daily at least 5 years before and at the start of symptoms, compared with those who never drank coffee.

Findings indicate that the more coffee people consume, the lower their risk of MS. However, a causative link is not confirmed. This was just an observational study, but interesting nonetheless.

Women in the same category found a 22% lower risk. The study examined the relationship between the consumption of these beverages and risk of mortality from CVD and found that the consumption of coffee, green tea and oolong tea and total caffeine intake was associated with a reduced risk of mortality from CVD.    And if you were curious, no, too much coffee will not make your heart explode.

16) Coffee makes you a better driver

Here’s a warning shot for the Los Angeles, New York, and Atlanta commuters; don’t get on the highway until you’ve had that first (or second or third if you need it) cup of joe in the morning. Traffic is always bad, so let’s not make it worse.

According to the National Sleep Foundation’s 2005 Sleep in America poll, 60% of adult drivers – about 168 million people – say they have driven a vehicle while feeling drowsy in the past year, and more than one-third, (37% or 103 million people), have actually fallen asleep at the wheel!

In fact, of those who have nodded off, 13% say they have done so at least once a month. Four percent – approximately eleven million drivers – admit they have had an accident or near accident because they dozed off or were too tired to drive. The National Highway Traffic Safety Administration conservatively estimates that 100,000 police-reported crashes are the direct result of driver fatigue each year.   Coffee to the rescue: Researchers from the Netherlands found that people who consumed one cup of caffeinated coffee in the middle of a 4-hour-long, tedious driving task swerved less, maintained their speed better, and rated their driving as more responsible than those who sipped decaf.

Why We Recommend Coffee From Caveman Coffee Co:

When we look for coffee, we look for smoothness, single-origin coffee with complexity.  Beans should be neither under-roasted nor charred, and the brew should have at least moderate aroma and flavor, and subtle top notes. Some sourness and bitterness are desirable, too, to keep the coffee from tasting bland.  Caveman Coffee is a leader in the third wave specialty coffee market. It is a single origin, single estate, and hand-picked and wet processed in small batches, roasted by master coffee roaster locally in Albuquerque, New Mexico. Caveman Coffee Co also produces 100% Coconut MCT Oil and Organic Cacao butter, which pair perfectly with coffee and a Paleo lifestyle.

Disclaimer: This article is for informative purposes only, and should not be treated as a substitute for professional medical advice.