Health Care Reform Starts With You 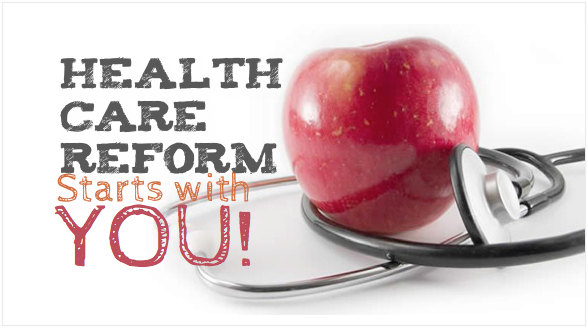 The Patient Protection and Affordable Care Act (PPACA), commonly referred to as “Obamacare”, has made a lot of headlines in recent weeks. This Act is a product of the health care reform efforts of the Obama administration and it was signed into law in 2010. It represents the most significant overhaul of the health care system in the United States since the inception of Medicare.

The PPACA impacts both health care insurers and providers by requiring compliance with numerous regulations that reach into nearly every sector of the health care industry. Consumers of health care are also directly affected by regulatory changes, perhaps most notably with the individual mandate that requires individuals not covered by employer-sponsored health plans to purchase an approved private insurance plan or be penalized by paying a tax.

Some of the changes required by the PPACA have already gone into effect, while others are scheduled to begin in 2014 and beyond. Many regulations are still evolving as a result of the PPACA and neither insurers nor providers are certain exactly how the changes will be implemented.

As a registered nurse, I recognize the critical role of my profession as being an advocate for the patients, families, and communities that we serve. From this perspective, there are positive aspects to the PPACA, such as the regulations that ban insurance companies from denying coverage of patients due to pre-existing conditions and those that seek to create greater transparency concerning the quality of care that is provided.

However, I also believe that the PPACA misses the mark in a fundamental way: It seeks to reform care of which the focus is not truly on health. From the bottom up, conventional health care is designed to be reactive, instead of proactive. The priority is on caring for those with the disease, rather than promoting healthy lifestyles to prevent disease. Even so-called “preventative” health care consists mostly of screening practices that do little to prevent disease, but rather identify disease in an earlier stage. In reality, our “health” care system is really a sick care system and the PPACA is little more than insurance reform.

According to the Centers for Disease Control and Prevention, more than 75% of health care spending in the U.S. is on people with chronic diseases that have roots in lifestyle factors, such as nutrition and exercise. In the Paleo community, this percentage is recognized as being even higher due to the powerful connection between nutrition and the health and disease continuum, including diseases that conventional medicine views as having mysterious or unknown origins (e.g. autoimmune disease).

None of the changes included in the PPACA are going to get to the root cause of what is making the American people sick and they are not going to help people get and stay healthy. Even changes to the reimbursement models that will link payment to quality of care outcomes are not going to make a major difference because the conventional medical community lacks a basic understanding of what true health encompasses.

The quality outcomes are based on assumptions that it is normal to be unhealthy! For example, a provider may be rewarded with payment if they can teach a patient with type II diabetes to comply with taking his or her medications and thereby prevent a re-hospitalization. That may seem like a great outcome on paper, but wouldn’t a real win be preventing the patient from developing type II diabetes in the first place? There is no place for recognition of such outcomes in a system that focuses on treating symptoms of the disease.

The failures of the conventional medical community are numerous and it is going to take more than the PPACA to change the erroneous foundations upon which the system is built. When change does come, it will be because health care consumers demand it. Largely because of the power of the Paleo community, a small, but growing number of providers are now practicing from an ancestral health perspective and you can search for one near you on Primal Docs or the Paleo Physicians Network.

But first and foremost, health care reform starts with you and the actions you take to be responsible for your own health. Educate yourself about your body and how it works. Put less faith into the words of experts and more into your own research capabilities, as well as the inner wisdom that we all carry within us. Strive for your own optimal level of wellness, not the status quo that is set by people for which unhealthy has become the norm.

Learn how to fuel with real food, move properly, and provide a caring environment that supports the body’s natural healing abilities and honors your ancestral roots. True health care reform does not begin with a stack of difficult to interpret insurance regulations; instead, it starts with individuals who are willing to make the changes necessary to stay healthy in an unwholesome world and ultimately take control of their own health.