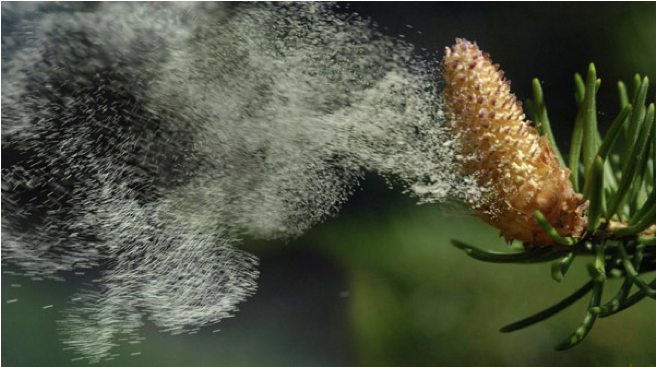 In a world full of plastics, synthetic materials, genetically modified foods, phytoestrogens, pesticides, pharmaceutical medications, tainted water supplies and other endocrine disruptors, we could all use a little lesson from nature about proper hormone balance and our health.

Low testosterone affects both men and women. For men, the largest contributing factors are nutritional intake and age. As men enter their 30s and 40s they are more prone to andropause — a decline in the synthesis of androgenic hormones, specifically testosterone. This decline may lead to loss of libido, decline in mood, increased depression, increased fatigue, muscle loss and a host of other ailments.

But before you run to the Endocrinologist asking for testosterone replacement therapy, know this: there is something in our backyard that may help. It’s natural. It comes from a tree. It is not made in a chemical plant or pharmaceutical laboratory.

As far as “Paleo” or “Primal” supplements go… this is just about the most “Paleo” supplement available to us, as it has been used in traditional cultures for several generations. It is likely the substance you blame for your yellow dusted car, runny nose and itchy, watery eyes each spring. Yes, it’s Pine Pollen.

Pine Pollen contains phenylalanine, which is associated with the release of neurotransmitters in the brain. It is naturally-occuring in breast milk and is often sold as a nutritional supplement for its analgesic and antidepressant effects. Phenylalanine stimulates dopamine levels in the brain and is an L-dopa precursor. L-dopa has been known to specifically treat a woman’s inability to have an orgasm. Pine Pollen also contains arginine, which improves fertility in women and men, as well as, increases growth hormone release.

This nutritionally-dense, androgenic substance is available for collecting in the spring. It is a tonic medicine, meaning it can be used over a period of time without causing any toxic effects. Unlike synthetic androgenic hormones, its molecular structure is not identical to that of the body, but it is similar enough to produce a beneficial level of support to all body systems without causing hormone-releasing gland cessation, as synthetic androgens do. Pine Pollen is also adaptogenic, meaning it can provide support to any area of the body in distress by promoting homeostasis, or balance.

It can be used internally in the form of medicinal tinctures, used as powders mixed in food or drink, taken as a capsule or can be used topically by being made into a cream or paste and applied directly to the skin. Topically-applied pine pollen is used to treat acne, eczema, diaper rash or other skin irritations due to the arginine available, as well as other vitamins and minerals.

Pine Pollen truly is a superfood. Among other things, it provides us with non-enzymatic antioxidants. These are the type of antioxidants we typically get from our diets, such as the plant polyphenol, resveratrol. These function by stopping the chain reaction that occurs when free radicals enter our bodies.

Pine Pollen also contains a steroid that is active against breast and prostate cancer. It can help to regulate the prostate; because of its adaptogenic effects, Pine Pollen may help reduce the size of an enlarged prostate or can increase its size and prevent atrophy if the prostate is too small. Pine Pollen inhibits and halts cancer cell growth and multiplication. This becomes especially important since most of our water supply has been contaminated with estrogens, and there is a correlation between estrogens in our water supplies and prostate cancer.

Arthur Haines, speaker at Paleo f(x) 2014, botanist, anthropological nutritionist and owner of the Delta Institute of Natural History in Maine has several youtube videos discussing pine pollen and how it protects our bodies and our health, specifically from free radicals, radiation and other environmental hazards. You can see his videos here: Pine Pollen Part 1 and Pine Pollen Part 2.

Tim Ferris, author of the 4 Hour Chef, also promotes the benefits of Pine Pollen as an herb to promote sexual vitality and boost immunity.

You can gather Pine Pollen a few ways. One is to collect the young male pollen cones from a tree before they open and release pollen; usually late May in the Northeast. Pictured, below, is an Eastern White Pine (Pinus Strobus) bearing young male pollen cones. These are ready to be harvested and have not yet released pollen. This picture was taken in late May in Maine by Josh Fecteau: New England Natural History and Wildcrafting.

When gathered at this state, the cones may be kept in a jar, filled with organic vodka, and made into a tinctured medicine, as pictured below. These buds can also be added to foods and eaten raw. I love adding them to fresh salads in the spring! If collected after the cones have started releasing pollen, typically early to mid-June in the Northeast, you have the option to collect the pollen as a powder. This can be done by using a large, open-mouthed mason jar. Simply place the end of the branch with the pollen-releasing cones inside the mason jar, and carefully tap the branch with your finger. Be careful not to tap too hard, or the other branches will release the pollen before you have a chance to collect. Using this method, I was able to collect a small mason jar of pine pollen in just a couple of hours.

If neither of these collecting options seems like a real possibility for you, you can always purchase pine pollen in powder or tincture form. I recommend Surthrival‘s products, which you may have seen at Paleo f(x) 2014. Surthrival’s pine pollen can be found HERE.

Health in Our Backyard: Pine Pollen Benefits by Kirsten Alana