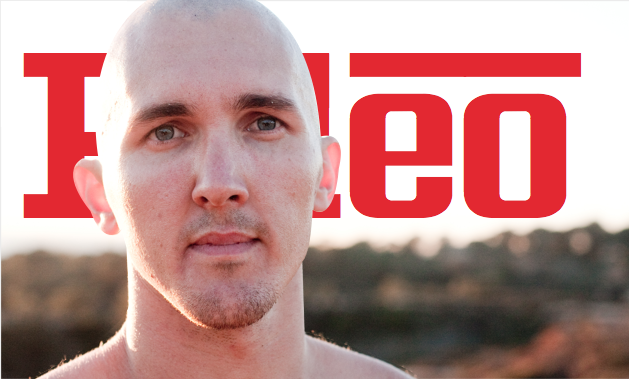 Clifton Harksi is a progressive mind in fitness and holds a BS in Kinesiology from SDSU, and is currently the Director of Programming and National Head Coach at Fitwall, Master Coach for Animal Flow, and Master Coach for KB Athletics.

I first became acquainted with Clifton Harski through the Paleo online community and later had the pleasure to meet in person at the 2013 Paleo FX in Austin. I confirmed two things at that meeting. First, Clifton really does love patriotic tights and V-necks. And second, he’s got some great thoughts regarding health and fitness.

Clifton, Can You Tell Us a Little About Your Background?

I grew up around the world, playing all sorts of sports and living a very interesting life on account of so much travel. I went into college playing basketball, and also knowing I wanted to work in the fitness & health industry in some way.

I ended up running my own small boot camp while managing Trader Joe’s for a few years, and then I had the good fortune of impressing Erwan Le Corre of MovNat and joining his team in 2011. I taught over 1,400 people in over 100 workshops for MovNat between Jan 2011 and May 2012, when I left Movnat to regain some stability in one city and start my own company, BA Training.

For the next year, I ran my own online training service, my San Diego based fitness Bootycamp, and taught BA Training and kettlebell workshops across the USA. Last year I was recruited to help coach at Fitwall, and now I am the Director of Programming and National Head Coach for Fitwall.

Can you explain what MovNat and Fitwall are? MovNat is the physical fitness system which attempts to train the human animal as though it were still a wild being, and not “trapped” in the human zoo that we have created for ourselves. Its main premise is that movement itself should be the goal in training, not aesthetics. It contests that training should be practical in nature, i.e. accomplishing a task such as climbing on top of a tree branch vs performing repetitions of pull-ups. MovNat is a combination/abbreviation of Move Naturally.

Fitwall is a studio-based fitness concept where we see the intersection of technology, brand, and principle based training. It centers on a “wall” with hand rungs and footsteps which challenge the body to move and adapt in some very unique ways. This wall also allows for attachments of suspension trainers, elastic resistance bands, and a couple of other tools. One tool is our monitoring system, where we track exertion and recovery via heart rate monitoring, and we are introducing our movement tracking piece which will count reps and score movement based on quality. The tech will help us to effectively dose our clients with exercise, not too much and not too little.

The number one priority when I program our workouts in Fitwall is to help people move better. Each workout has an emphasis on the posterior chain (upper and lower), single leg movements, and full body coordinated movements.

Who were some of your biggest influences in Health and Fitness?

In Fitness: Mark Verstegen, Gray Cook, Pavel, Erwan, Fabio Comana are perhaps the 5 names of people who had the biggest influence in where I am today with training. Not particularly because of what they say, but because they forced me to look at things with a different eye and do lots of my own searching for what I think is most important and helpful.

In Health: Sean Croxton and Ben Greenfield. These guys have podcasts, and 5 years ago I was figuring out an issue with gluten that I have, and making the legit transition from managing Trader Joe’s to only fitness and their shows provided me with a TON of transformational info.

What are the core elements of your Health and Fitness philosophy?

Have fun and enjoy yourself. There are lots of ways to do things, and if you hate something, it won’t work. Find something that you enjoy, and that makes the rest much easier.

What health-related events stand out in your mind?

The first AHS was really great, I mean, I met my wife! But seriously, it was very cool to see all the interweb superstars come together trying to better the field of health. I think that without that event the factions within the Paleo communities would have been fighting earlier and the entire real food movement would’ve had a big slow down.

Your personal and professional interaction is often quite humorous… is that your style?

Absolutely. The biggest barrier people have to fitness is that they are afraid…afraid of effort, failure, pain, embarrassment and more. If I can wear some tights, make fun of myself, or do something wacky to disarm their defenses and bring them to a safer place, then I can do a better job of helping them to change.

Science and Research are continuously evolving regarding diet and fitness. Have any of your stances changed?

Continually! It’s one reason I have a hard time “taking a stance” about much of anything because I’m pretty sure it’ll be a different stance in another year with new evidence! Do you have a message that you want to spread?

The best form of exercise that someone can do is the form they most enjoy. Otherwise, they will invariably stop doing the “better” form that they don’t enjoy. If it’s Zumba, but you love it, and you Zumba your ass off 5 times each week, that is better than a half-assed attempt at a periodized weightlifting schedule!

Also, the health and fitness of one’s self show self-respect and respect for your loved ones. So I’m not giving people an out for being lazy by saying “do what you enjoy” because nobody enjoys health problems.

Is there any “trend” out there that you would like to voice your support or disagreement with?

I think that the encouragement of extreme training (some CrossFit, some adventure races) is a double-edged sword. On one hand, it has shown so many people that real effort makes a big difference and gives them a sense of accomplishment, which may in turn yield more results.

On the other, you have a LOT of inexperienced and unqualified trainers putting people into orthopedists’ and physical therapists’ offices. I like the principles behind CrossFit; I dislike the tools (barbells for reps and speed). So I don’t really disagree with CF, but I think that people should be careful when picking a box.

Now, the same is true of any fitness facility, it’s just that the barrier to entry and the name recognition has propelled them into the spotlight as the brand that doesn’t use enough caution.

In your experience, what are the critical “musts” for health and fitness success for people who are struggling?

I’ll sound like a broken record, but those struggling need to find something they enjoy…dance, sword fighting, dodgeball, hiking, swimming, etc. As soon as you have something that you want to excel at, it helps you to do other things to improve. Also, eat more butter and protein, and sleep more!

What projects do you currently have in the works?

I’ll be releasing an e-book pre-summer, titled Going Deep in the V. It’s a guide on how to successfully wear a V neck, including training programs by myself and other awesome fit pros.

Usually, health and fitness professionals develop catchphrases, or “isms” that they repeat or often preach to their clients. What are yours?

“You can eat bacon, just don’t be an asshole and eat a pack every day. Same with nuts.”

“You can go hard, just not daily.”

It’s been great picking your brain, thank you. How can folks follow you?