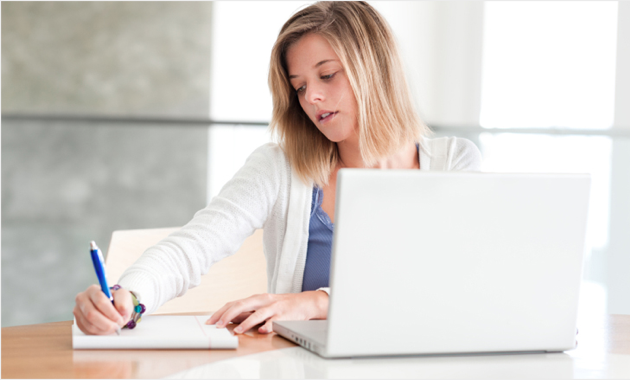 The year—so far—in science has been nothing short of outstanding. Below are a few highlights of the recently published scientific literature with a specific emphasis on research pertaining to ancestral health and topics frequently discussed in Ancestral Health and “Paleo” forums.

It’s been known for a while that modern non-African humans have up to 3% of their genomes containing Neanderthal DNA due to admixture.  Researchers have recently developed new methods to accurately map Neanderthal DNA in modern human genomes.  The recent report highlights contributions of Neanderthal DNA to include keratin – which may have affected cold adaptation and skin color – as well as other alleles affecting lupus, Crohn’s disease, and type II diabetes susceptibility, and (surprisingly) smoking behavior.

We’ve all heard about the proposed positive benefits of antioxidants (queue The China Study). For those not in the know, antioxidants, such as vitamin E, work against reactive oxygen species (ROS), which have the potential to cause cellular damage and promote carcinogenesis.  Supplemental and dietary antioxidants have been widely investigated with regard to their potential anti-carcinogenic potential. Indeed, there have been more than a few studies that suggested promising results, but larger, more well-controlled studies have revealed no net benefit to supplementing with antioxidants, and some may even have a negative effect and increase mortality.

A new study has demonstrated that vitamin E supplements, as well as another compound often contained in them, N-acetylcysteine (NAC), may actually speed tumor growth and cancer progression in mice. What’s more is that the experimental group given high doses of Vitamin E (comparable to the highest doses commonly found in vitamin E supplements) lived half as long as those that did not receive the supplement. This isn’t the first time supplemental vitamin E has received a bad rap. NAC has also been demonstrated to have pleiotropic roles with regards to cancer before, so the findings don’t come as a huge surprise.  Interestingly,  antioxidant supplementation has also been demonstrated to negate the positive health benefits of exercise.  So, maybe we shouldn’t be so hard on our Reactive Oxygen Species (ROS).  Although, they can cause cellular damage, ROS are critical for proper cell signaling and are important in host immunity and tissue homeostasis. It has also also been demonstrated that ROS may be important for mitigating certain cancers.

Though Vitamin E is a necessary nutrient, true deficiencies are exceedingly rare. If you currently supplement with Vitamin E, you may want to talk to your doctor, rethink your supplement regimen, and focus on incorporating more avocados, spinach and nuts to your diet instead.

The Paleo community has been discussing the gut microbiota for quite a while.  Numerous personal “paleo” testimonials regarding the effect of dietary changes (and presumably resulting microbiota changes) on mood, affect, and attention are in no short supply.  Over the past few years, there has been a microbial revival within the scientific community and science journals have been aflutter discussing the affects of microbial dysbiosis with regard to a variety of diseases— everything from cancer to diabetes. More recently, the scientific community has been increasingly intrigued by the gut-brain-axis, and how the gut microbiota can modulate behavior, learning, and memory.

Indeed, the systemic effects of circulating LPS (a bacterial product that may escape into the circulation via impaired intestinal barrier) include anxiety, depression, and cognitive impairments. These collective insights have in part led to the development of ‘new’ therapies recently coined “psychobiotics“— classes of  probiotics with the potential to produce GABA and serotonin, for example, or to globally influence intestinal permeability and restore overall intestinal health and microbial diversity— with the aim at treating ‘psychiatric’ diseases such as depression, anxiety, and autism.

How psychobiotics may benefit more complicated neuropsychiatric disease such as schizophrenia and bipolar disorder remain to be understood, and large trials on the efficacy of psychobiotics or dietary interventions restoring intestinal microbial diversity and health are still awaited. In the meantime, if changing your diet has changed your mood, you can probably be assured that it’s not all just “in your head.”

uBiome, a company with a vision to “unlock the health secrets of the microbiome,” has recently launched “The Quantified Diet Project.”  The concept is simple: follow one of their ten diets for four weeks (Paleo is on the list), and see how your gut microbiota changes. This will be the largest ever-to-date measurement of the currently most popular diets (gluten free, vegetarian, Paleo, etc) with regard to the microbiome. Check out uBiome on Vimeo.

A recently published study has demonstrated that aged intestinal epithelial cells exhibit chronic activation of a family of transcription factors called Foxo, which are important in metabolism, aging, and immunity. It has been known that age-related dysbiosis can cause intestinal epithelial cell (IEC) dysplasia, but the exact mechanism has not been understood. The authors report that the chronic activation of Foxo in IEC contributes to alterations in Rel/Nf-KB activity, dysbiosis and alterations in intestinal homeostasis. Overcoming the consequences of increased Foxo activation was demonstrated to prevent dysbiosis, promote homeostasis and extend lifespan in flies— whether these could be of utility to extending the human health span only time will tell.

On the whole, hunter-gatherer populations are generally regarding as having much healthier dental health than modern humans.  Tooth decay in the more modern archeological record has been largely associated with the advance of agriculture including the addition of grains and starches to the diet.  A recent study performed on ancient African hunter-gatherers  demonstrate that “carb-loading,” a practice not typically common in Paleolithic civilizations, appears to have “rotted ancient hunter-gatherers’ teeth.”  <<Paleo plug – check out The Paleo Hygienist>>

Update: as of February 10, 2014, the original news article posted by NBC appears to have been taken down.

A recent Science News article entitled “Gut Instinct” highlights American anthropologist and American Gut co-founder Jeff Leach and and his quest to understand the microbiome of the Hadza, one of the few remaining African hunter-gatherer communities. Dr. Leach plans to adopt the Hadza diet and living conditions and study the effects (if any) of those changes on his own microbial diversity. The study will be the first comparative study between the microbiomes of extant hunter-gatherers and Westerners, and hopes to provide clues into the putative health benefits of hunter-gatherer lifestyles.

A new study indicates that dietary flavonoid intake may have protective benefits on insulin resistance and inflammation, two hallmarks of type II diabetes.  The studies’ authors examined associations between insulin resistance and inflammatory biomarkers and intakes of flavonoids and found that those subjects who had increased intake of both anthocyanins and flavones also had significantly reduced peripheral insulin resistance and lower C-reactive protein (CRP). Dietary flavonoids have also been associated with a reduced risk for colorectal cancers. In a related study published in the Journal of Nutrition last month, researchers report that dietary flavonoids reduce inflammation markers and alter intestinal microbiota in mice. Good food sources of flavonoids include broccoli, endive, kale, French beans, celery, onions, and cranberries.

Individuals over the age of 65 are at a significantly higher risk for influenza-associated complications —in fact, 90% of the mortality related to influenza occurs in this aged population. Due to these complications, the CDC recommends that those older than 65 receive annual flu vaccines, despite the acknowledgement that the elderly appear to modestly respond to influenza vaccination. Both increased influenza-associated mortality and reduced immune responses to vaccinations are presumed to be due to age-related immune senescence.  Thus, techniques to enhance protective immune responses to influenza and influenza vaccines are crucial for providing the elderly with the same protective vaccination responses as their healthy middle-aged counterparts.

A study published last month in the Journal of Nutrition reports that dietary wolfberry supplementation can enhance the protective effect of influenza vaccines in aged mice. The study also showed that the protective effect of wolfberry may be due to enhanced function of dendritic cells, which are crucial for capturing antigen and eliciting protective immune responses.  How these supplements might be used in combination with influenza vaccines in the elderly remain to be seen.

L-arginine has long been a favorite supplement for body builders. The original idea was that L-arginine is a rate-limiting amino acid required for nitric oxide (NO) production, which in turn improves vasodilation and blood pressure. Although the idea that L-arginine can increase NO has been called into question, it appears that other benefits still exist. High intensity exercise has long been associated with impaired intestinal barrier function and GI distress.  In a recent study conducted in rats, L-arginine supplementation has been demonstrated to positively affect intestinal barrier function during physical exercise and under environmental heat stress.

In a study published last month, omega-3 fatty acid (EPA and DHA) levels appeared to positively correlate with higher brain and hippocampal volume in post-menopausal women.  Whether supplementing with these can reduce the risk of age-related brain deterioration remains unknown.  Many people do not get enough omega-3 fatty acids, which are most notably associated with having positive effects on cardiac function. Moreover, they are a hallmark recommendation of Dr. Terry Wahls’ Protocol for overcoming multiple sclerosis. If you’re not supplementing, or prefer to get your nutrients through real food, you can find omega-3’s in Brussels sprouts, kale, spinach, and fatty fish.