Is the Paleo Diet Sustainable? 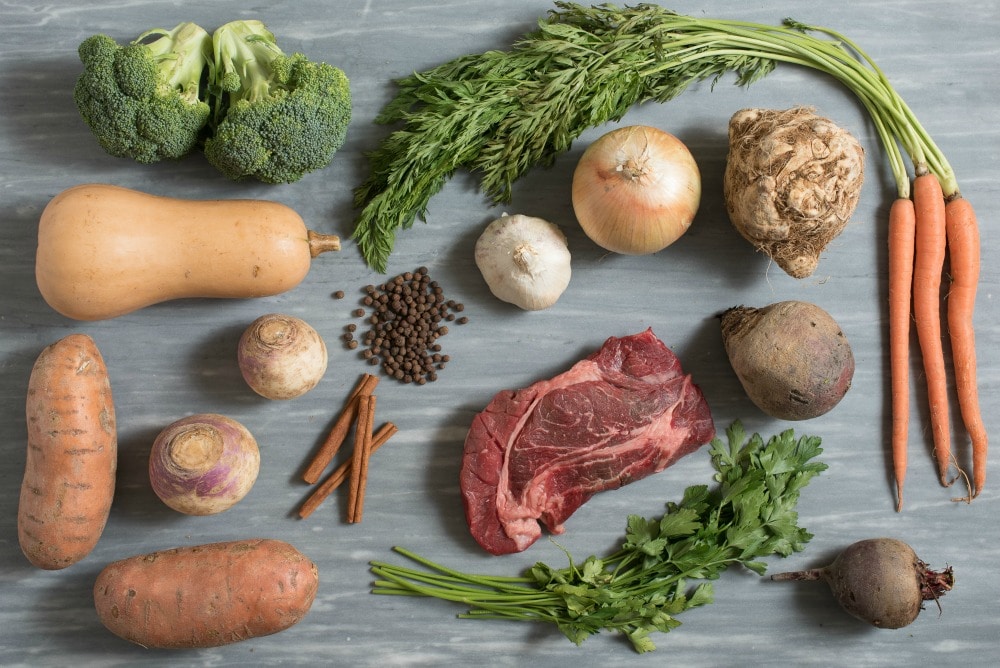 N ow that the Paleo Diet has garnered attention from a worldwide audience due to recent data reports suggesting that the trend has surpassed and outperformed other familiar dietary regimens including veganism and vegetarianism, we can expect that it is going to be scrutinized more than it had been in previous years as its popularity continues.

Not only will the overall health of the diet be called into question, but experts in environmental sciences will speculate about the Paleo Diet’s viability and environmental sustainability as well.

I don’t expect that most of them will paint a pretty picture.

After all, we’ve been told our entire lives by environmental experts that the consumption of meat involves unparalleled environmental destruction, a ‘fact’ that is also the foundational bias that is drilled into environmental studies students in formal scholastic settings.

Unfortunately, until you have a firm grasp on history, politics, food production systems, and ecology; it is impossible to understand sustainability as an entire concept.

I believe this is the context that these experts who make such declarations about the Paleo Diet are missing, and why the decreased consumption of meat over the last half-century rendered no real positive environmental results.

The truth is that there are significant environmental benefits of “going Paleo” that are unique to the diet.  Though (in dismay) I recognize that the Paleo Diet may not be the answer for everyone, I do believe that it is the best answer we have for the planet.

In short, some humans may have adapted to the post-agricultural-revolution diet, but the planet has not. After 4 years of reading, researching, and toiling over the concept of agricultural sustainability.

I have concluded that the Paleo Diet and Paleo-esque diets hold the key to turning the clock back on environmental destruction that has occurred over the past 15,000 years, and I firmly believe it is the only diet that can be sustainable in the long-term.

Unfortunately, because the Paleo Diet is meat-based, many sustainability experts have erroneously declared that the Paleo Diet is the worst and that meat-free diets that obtain protein from plant sources are the best.

One way agricultural sustainability is often discussed belies the “Animal production is destroying the planet with greenhouse gasses and pollutants so we should stop eating meat” notion. Then there’s the idea that “We should eat on a lower trophic level” because it must enable us to feed more people.

Using both of these rationales, it would appear, without further inspection, that grains and legumes are certainly superior protein sources for the environment and food security. After all, we are often told that the only way to feed the planet is by increasing grain agricultural yields to meet the food demands of the projected 9 billion global population of 2050.

While it is unequivocally true that 95% of the animal production in this country is destroying this planet, we are throwing the proverbial baby out with the bathwater here by lumping all animal production methods together.

Not all animal production methods are created equally. Some are far more beneficial than anyone dares give credit to (lest you be called a flesh-eating murderer), and because we fail to recognize that well-managed livestock actually nets a negative carbon footprint and have the unique capacity to restore previously degraded lands and reverse processes of the burgeoning desertification crisis,* we have committed the logical fallacy of composition and are missing opportunities to save the planet via (generalization alert:) false pretenses of moral superiority and misinformation.

What’s really missing in the environmental sustainability sect is the bigger picture, the critical analysis, the Malcolm Gladwell-ian viewpoint of agricultural sustainability with an ecological lens, if you will.

In the study of agricultural sustainability and eco-restoration, I have used the Paleolithic Era as a baseline to compare all other agricultural systems to. This is because 15,000 years ago while humans were hunter-gatherers, the vast majority of ecosystems were functioning properly in the illustrious closed-loop nutrient cycle, food distribution was equitable, plants were efficiently running the carbon cycle, animals aptly did their job of maintaining the health of their prospective ecosystems, and the health of the soil was excellent.

Gleaning information from the Paleolithic Era is a great place to learn about sustainability from, not because it tells us what might work, but what has worked.

What significant environmental changes could have caused these properly functioning systems to go awry on a global scale?

It’s a common theory that the advent of agriculture was the cause of these systems to falter, I agree, and there is plenty of evidence to back that up. The areas where humans first adopted agriculture is highly correlated with distinct periods of unprecedented soil infertility, deforestation, desertification, and other types of land degradation.**

The truth is, the Agricultural Revolution is really just one large science experiment that has failed miserably, but we continue with its proliferation anyway.

Agricultural “advances” like monocultures, or the agricultural practice of producing a single plant species over a relatively large area for a prolonged period of time, have been implicated in the processes of:

I can assure you, there are no monocultures that exist in nature because monocultures do not respect the basic tenets of ecology. Unfortunately, foods from monocultures make up the bulk of our diets today, and yet somehow, the inherent dangers of monocultures are also inexplicably ignored when we propose solutions to feeding the planet. This baffles me.

To feed the world and heal the environment, it will require bolstering food systems that focus on bioregionalism and facilitating wildlife. It will require a system that fosters biodiversity and reduces global reliance on monocultures.

It’s going to require an overhaul of current food systems and a number of paradigm shifts, including a new way to assess agricultural sustainability.

Sustainability is a hot topic these days, and everyone from farmers to square-rimmed hipsters drinking PBR endeavor to discuss it. Unfortunately, there isn’t really a universal definition for the word ‘sustainable’, so people generally throw facts around without critically assessing a dietary plan or agricultural system by its “survivability”, or as Nassim Taleb would say, its “antifragility”.

This is disconcerting because if the goal is to reverse these ecological damages incurred over the last 15,000 years and prepare for the next 100, we need to define sustainability so that we can objectively assess possible solutions.  We need guidelines. We need criteria. We need targets to hit.

I propose that we universally accept and define agricultural sustainability on a scale reflecting a system’s capacity to continue to function productively in the event of any particular economic, political, environmental, or food system disruption.

Examples of these types of disruptions and their impact on food systems should be assessed by environmentalists, conservationists, ecologists, and biologists for their ‘survivability’, and even ‘culpability’ in the disruption itself.

The Standard American Diet, Vegan Diet, Vegetarian Diet, and Paleo Diet all have their own unique set environmental pitfalls. Each still relies too heavily on unsustainable forms of agriculture that are culpable in environmental destruction.

News Flash: The current system isn’t working, and Stephen Hawking thinks we’re screwed and need to find a way off this planet. Perhaps I am delusional, but I think the Paleo Diet offers us a fighting chance.

As the Paleo Movement has progressed, our focus has shifted from simply ‘what to eat’, to ‘where to get our food from’. It is now commonly known amongst Paleo adherents that finding local farms who produce pastured animals raised on species-appropriate diets is the best way to improve food quality, but also alleviate other environmental and health concerns.

Animals that are raised in this manner that perform their ecological functions foster, not hamper, the most important thing that environmental sustainability hinges upon: biodiversity. It’s also an excellent way to decentralize our food system, another vital step towards agricultural sustainability and food security.

If the goal is to decentralize, eschew monocultures, promote ecological function and improve biodiversity, we can accomplish much of this by gradually adhering to a more ‘orthodox’ type of “Paleo Diet”.

But the real question is, which dietary discipline is most capable of reinstating biodiversity, feeding the planet, reversing land degradation, decentralizing, and weaning off the tit of Industrial Agriculture?

We have already entered the 6th mass extinction, with an extinction rate estimated to be 1,000 to 10,000 times greater than the historical, background rate.

Is the Paleo Diet Sustainable?

In conclusion, I suspect that the Paleo Diet has the unique potential to be environmentally far superior to any other dietary discipline. I’m hedging my bets on what worked in the past since technological advances in the agrarian sect don’t seem to adequately replace or respect the vast complexities of natural systems, and I don’t suspect they ever will.

Is the Paleo Diet Sustainable Article by Karen Pendergrass