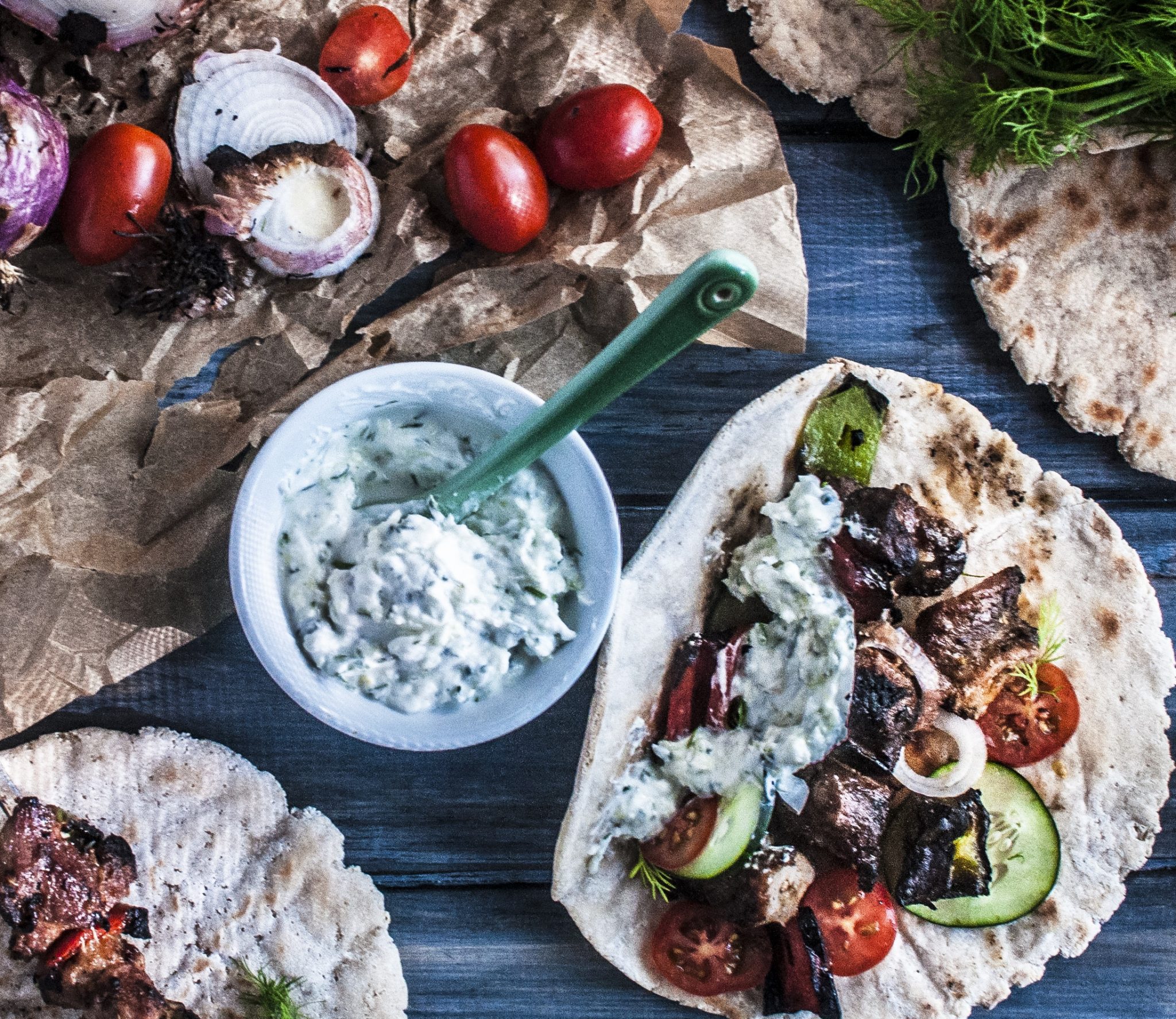 Cha Ching! Cha Ching! Cha Ching! That’s the sound of exchanging a gold coin for a health boosting gyro in one of my favorite video games, Herc’s Adventure. It is also the sound of being swindled by a ten-year-old shit lips at the farmers’ market. This past weekend, I totally fell for some produce trickery. Props on the salesmanship but next time I see that kid, I’m smashing one of his tomatoes. Ok, Ok, I’m just kidding! Even though he sold me some rotten tomatoes, he also sold me some amazing sweet red onions for our recipe this week, Paleo Lamb Kabob Gyros.

My first memory of eating gyro was during a Sunday lunch shortly after we moved to Kansas City. We were with my aunt, uncle and cousins at a local Greek Restaurant. My mom ordered a beef gyro for me and the combination of warm pita, sliced meat, tomatoes, red onions and the cold, refreshing tzatziki sauce was flawless. Ever since then, I have been addicted to Greek food. I need gyros in my life! So this week, I’ve decided to make Lamb Kabob Gyros. I know, I made Carnitas Kabobs not too long ago, but it’s summer time and you can never have too many kabobs! Let’s get cooking!

Zest of one whole Lemon

Juice of half a Lemon

This week marks my one year anniversary here at Between Two Forks and these Lamb Kabob Gyros is probably one of my favorites. You can distinctly taste every ingredient in the gyros. From the lamb to the crispy cucumbers and the tzatziki sauce…it’s to die for! As I have said before, get the freshest ingredients that you can get. Your taste buds will appreciate you. I love using Siggi’s Plain Skyr. Their dairy is completely grass-fed and I have not experienced any ill effects from consuming their products and it has a lot less sugar and is much higher in protein. The skyr is one of the biggest reasons my tzatziki sauce is so good. Skyr is more tart and thicker than regular Greek yogurt. If you cannot do dairy, there are many dairy-free yogurt options out there. As far as the seasoning for these Lamb Kabob Gyros, Kasandrinos Greek Seasoning really knocks it out of the park. It is blended perfectly and is really convenient.  As far as pita bread goes, I will be using the fantastic recipe by Predominantly Paleo, utilizing Otto’s Cassava Flour and Kasandrinos Extra Virgin Olive Oil. But I digress, because I can talk your ear off when it comes to ingredients. Let’s make some Lamb Kabob Gyros!

The Lamb Kabobs are extremely easy. In a mixing bowl, toss together your lamb, Greek seasoning, minced garlic, and EVOO. Let that marinate for half an hour. While that is marinating, you can work on the tzatziki sauce and get your grill fired up. I prefer natural lump charcoal because they burn hotter. I light mine in a charcoal chimney because I despise the flavor of charcoal starters. It really taints the food. When the lamb is done marinating, skewer them onto metal skewers separated by a slice bell pepper. If you like, you can add a few pieces of oak to your charcoal to give the lamb a slight smoke flavor. Cook the lamb uncovered and rotate them often. I like mine medium to medium well, but you can cook it to your liking. While the lamb is cooking, don’t forget to put your sweet red onions on the grill as well to char them. Lets move on to the Lamb Kabob Gyros’ tzatziki sauce.

Many places I see says to grate the cucumbers and let it drain overnight. I prefer a much faster method. I grate my cucumbers right into a muslin cloth. After, I wrap the cucumbers in it, twist both ends like wrapping a piece of candy and keep twisting. This will start to squeeze a lot of the extra water out of the cucumbers. Mix the cucumbers with the rest of the ingredients and that is it. Our Lamb Kabob Gyros are almost ready!

To assemble the gyros, take a slice of pita bread, wrap it over a length of the kabob and pull the meat right off into the pita bread. Then, top it with a few slices of sliced cherry tomatoes, pickling cucumbers, sliced charred sweet red onion and of course…the tazaziki sauce. Wrap and devour! It is so filling yet so refreshing. There you have it, my Paleo Lamb Kabob Gyros. Until next time, eat up my friends! 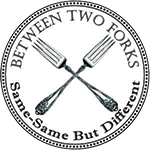