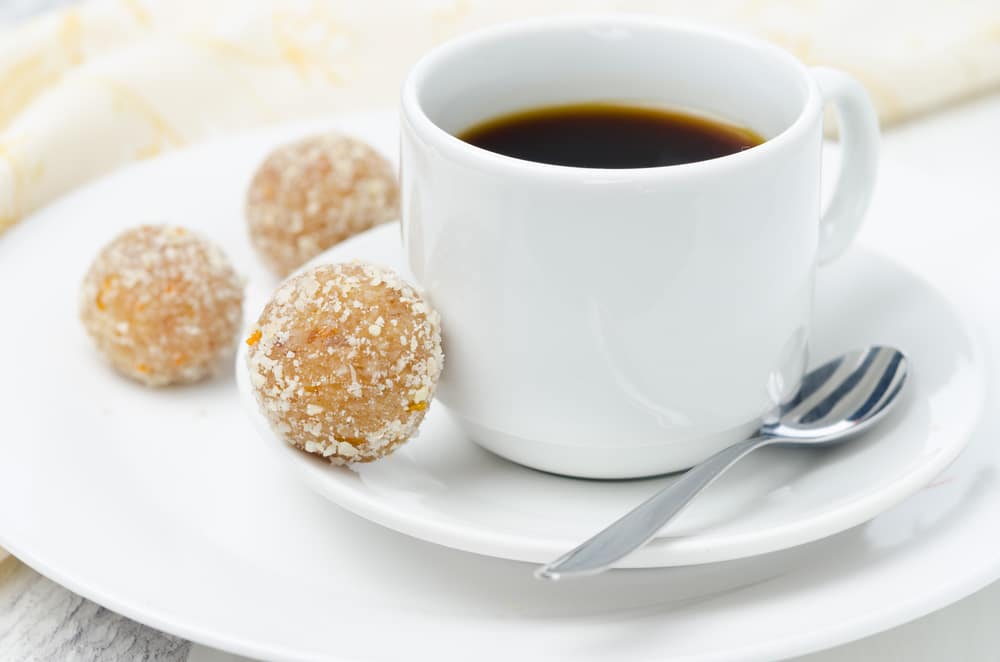 Remember that time when you were stressing about what you were supposed to take to a Halloween get together so you ended up just buying something random from the grocery store, and then you felt bad about it because it wasn’t homemade? Or when you were stressing about taking something to Thanksgiving so you made some pumpkin bread— but then it turned out badly and you banged your head against a wall in despair?

Well despair no more. This recipe is so simple you’re going to be irritated that you had never made it before. The best thing about it is, there are only 4 ingredients, it takes less than 10 minutes to make, and when you’re done you can stick some festive toothpicks in them, put them on a doilied plate, or even wrap them with proscuitto. Seriously.

Really. That’s it. Ready for the Instructions?

Stick ingredients into the food processor, pulse until well-blended, scoop the mixture out and roll into balls on parchment paper. Chill for 30 minutes. Stick a toothpick in them because it looks cool. Recipe makes about 10 balls. If you’re going to a party, double or triple this recipe.

If you want to get fancy or have some extra vanilla beans put that in there too because it mellows out and warms up the flavor a bit. If you want to make your own Pumpkin Spice for this recipe, be my guest:

The best part about this is that people will be impressed.  Aren’t you glad you read this?