Rickaroons: Energy Bars that Give You More than an Energy Boost 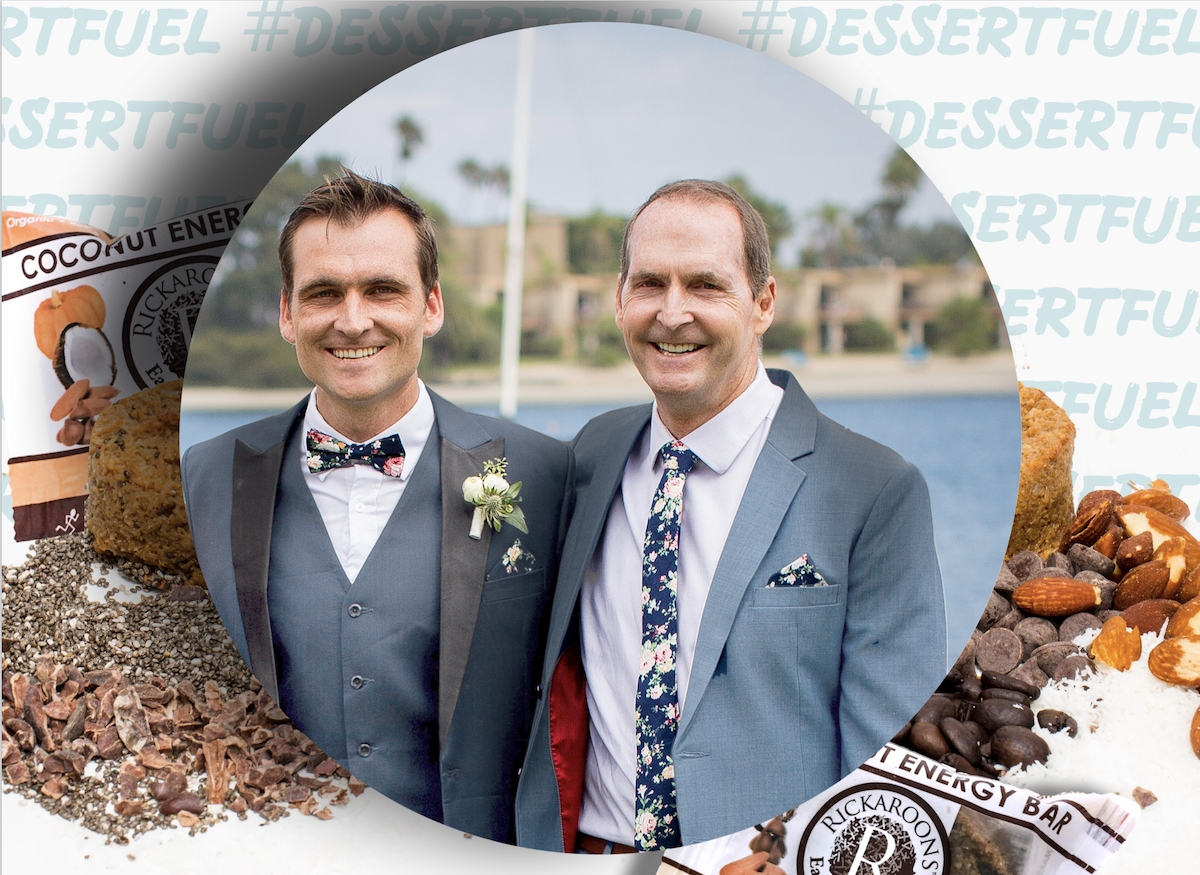 In decades past, energy bars, or nutrition bars, were mainly marketed to gym enthusiasts and performance athletes needing a quick boost of energy and vitality. Today, however, more and more people in our fast-paced society are looking for healthy snack alternatives that can give them the energy and nutrients they need while on the run. Energy bars, then, are no longer simply a niche product sold at backpacking outfitters and in the vending machines at your local gym.

Most energy bar manufacturers claim to provide a product that is healthier than the bag of Cheetos you used to rely on for a mid-afternoon snack. However, many energy bars on the market today are loaded with highly refined grains, sugars and sugar substitutes, and a variety of chemical preservatives and filler ingredients.

Helen Mullen, a certified dietitian nutritionist and a clinical dietitian with New York-Presbyterian, says that “the more additives you see — particularly excess sugar alcohols (sorbitol, xylitol), which can cause gastric distress — the less likely the bar is to deserve the “healthy” moniker. Palm oils, soy protein isolate, and so-called natural flavors are also red flags.”

Fortunately, there are several companies in the Paleo and vegan food industry that have been developing and marketing healthy, natural, Paleo and Vegan energy bar alternatives that are the perfect snack for people needing a nutritious boost of energy. In fact, Rickaroons was the first brand to be Paleo Certified by the Paleo Foundation, and has been producing organic, 100 percent natural energy bars since 2013.

Rickaroons is a family-owned company based out of San Diego, California that has grown famous for making a 100 percent natural and organic coconut energy bar. All of the ingredients used in their wide array of energy bars use all organic, vegan, and gluten-free ingredients, which is what separates the brand from every other company that markets products in the energy bar industry.

Rick LeBeau is the founder (and namesake) of the brand. Together with his son Grant, the father-son business was originally launched at southern California farmer´s markets. As the only baker on the team, Rick constantly experimented with new flavors, including Megaroons made from chia seeds and cacao nibs; Mocha, with dark chocolate espresso; Peanut Butter Protein with peanut butter, pumpkin seed protein, and dark chocolate; and the famous Mint To Be, which was developed as a healthier alternative to the “Thin Mint” cookies sold by Girl Scouts across the country.

Today, Rickaroons sells to customers around the country via their online store and on Amazon. They can also be found at dozens of local grocery stores, cafes, juice shops, gyms, yoga studios, and office spaces throughout southern California.

As if often the case with small health food brands, the journey to develop and market a healthy snack alternative to what is commonly found on the shelves of supermarkets started with a personal experience.

Rick says that “in 2001, I had a girlfriend who was diagnosed with Multiple Sclerosis. Beautiful on the outside but being eaten by her own nervous system on the inside. Part of her symptom set was a combination of food allergies and sensitivities- among them were wheat and dairy. This meant that we couldn’t share one of her favorite things- a traditional chocolate chip cookie. She put it to me simply one day- If you really love me, you’ll make me a cookie I can eat.”

After learning the basics of baking and experimenting with alternatives to the grain, flour, sugar, and eggs that are the basis for most cookie recipes, Rick and his girlfriend came up with a decent healthy cookie. The resulting company called Ultimate Naturals Cookie Co. was sold in Whole Foods and lasted for two years.

The initial experience of finding healthy baked snacks is what led Rick towards developing the all-natural Rickaroon. Rick found that with the right mix of ingredients, the sugar, butter, flours, and other common ingredients in cookies, energy bars, and other snacks were simply not necessary. The original Chocolate blond Rickaroon, for example, only contains coconut (in the shape of oil, flakes, and nectar for sweetening), dark chocolate chips, and almond butter.

Rick´s son Grant says that while it is sometimes hard to find reliable sources for the organic, vegan, and gluten-free ingredients that Rickaroons relies on, “the final product is…the all-of-the-above cookie: gluten-free, vegan, organic, Paleo, soy-free, and most importantly – tastes like heaven. The coconut and almond butter not only taste great together but yield a nice, slow-burning fuel for your body.”

While it might have been easier (and cheaper) to produce an energy bar with soy, sugar, and palm oil as the basic ingredients, Rick relates that “one of the many things we take pride in is that we have stuck to our standards when it would have been so much easier to forego the certifications or the quality of ingredients, and just make our recipes with conventional ingredients. We make our decisions within the family and persevere through the lean times without fracturing our relationships.” This commitment to quality is one of the reasons why Rickaroons was actually the first-ever Paleo certified brand, being certified on Halloween back in 2013.

A Fundamental Part of the San Diego Community

In the day and age of multinational corporations that have effectively taken over the mom-and-pop economy of main streets across the country, it is refreshing to find companies that are proud to truly belong to the community where they are located. Both Rick and Grant LeBeau proudly recognize that their business is firmly entrenched in the reality of southern California.

Rick says that “San Diego does definitely support a business such as ours, focused on those attributes mentioned earlier (vegan, gluten-free, organic). There are a lot of healthy people in Southern California, and our little corner of the world is very health-oriented, especially along the coastal sections.”

Rick does recognize that one of the challenges associated with being a small, health food brand in southern California is the skyrocketing cost of business. Thy company could certainly find lower manufacturing costs for their Rickaroon energy bars if they were to move to a different region. “But San Diego is our home, and even if we don’t ever hit the energy bar lottery, we still get to call San Diego home,” Rick states.

“San Diego loves to support local companies. Although we are gluten-free, vegan, and Paleo, the thing that gets people most excited is hearing we are a local, family-run company. I love how supportive our local community is,” Grant adds.

As a community-based business, Rickaroons has also reinvested a part of its profit and a lot of its time into a number of important community initiatives. They regularly partner with a local nonprofit organization called STAR/PAL, which empowers at-risk youth to build safer communities through positive interactions with local law enforcement. Rickaroons also supports the Multiple Sclerosis Foundation and is active in community beach cleanups.

For Rickaroons, being a community-oriented business means that profit isn’t the only bottom line. Rickaroons is proud to say that they have never accepted investor money despite a large amount of interest. Rick tells us that “while that means we wholly own our company, it also means that when big expenditures such as packaging or certifications come along, we have to occasionally postpone paying ourselves for a month or two at a time.”

Despite the occasional hardships, Rickaroons is a testament to the fact that small, family-owned, health brands and businesses can thrive in local communities and local markets.