Ketogenic Diet as a potential treatment for Autism 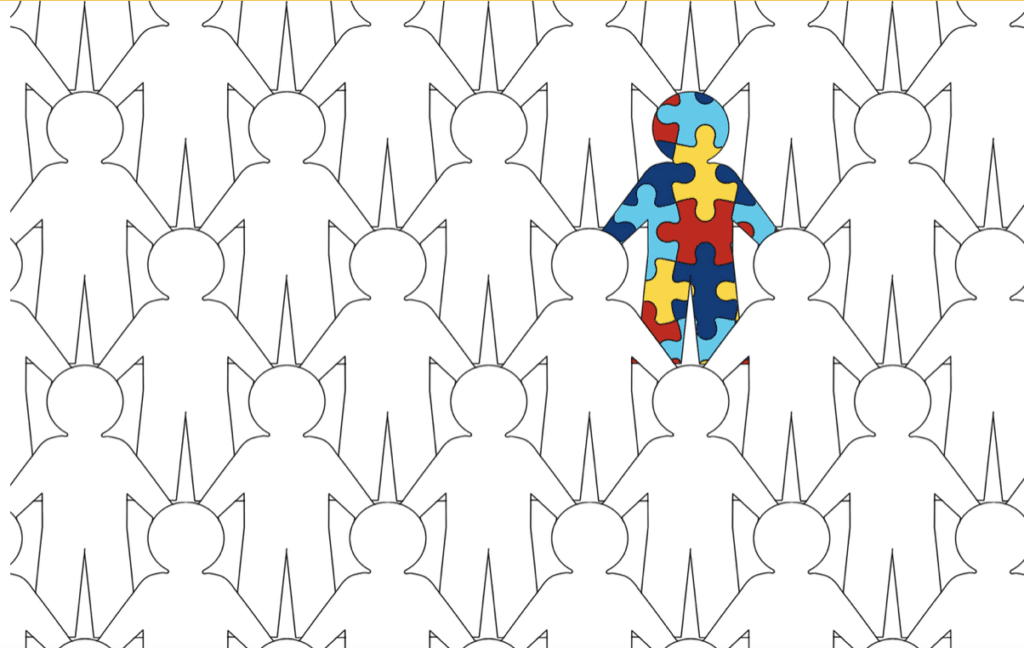 Autism spectrum disorder (ASD) is a complex neurodevelopmental syndrome.  It begins before three years of age and is characterized by pervasive deficits in social interaction, impairment in communication, and stereotyped patterns of interests and activities.  To date, no known causes have been identified that fully explain the occurrence of ASD.  Instead, the etiology of ASD appears to be attributed to complex behavioral phenotypes as well as the involvement of various genetic and environmental factors.  While the ketogenic diet is gaining attention due to its proven effect on neurological conditions, it is not well studied for its efficacy in ameliorating symptoms and severity of Autism.   However, a recent case-control study examining a Ketogenic Diet versus a Gluten-Free Casein-Free (GFCG) diet in children with autism offers preliminary evidence that a modified ketogenic diet may safely and effectively improve symptoms and severity of Autism in children.

While the GFCF is a popular diet that has been used for ameliorating gastrointestinal manifestations of ASD such as bloating, diarrhea, and discomfort that often occurs in autistic children, it has not shown to effectively impact behavior in controlled clinical studies.  Conversely, the study being discussed in this article found that the Ketogenic Diet appeared to ameliorate more of the core symptoms of ASD.

In this study, all patients were administered the Childhood Autism Rating Scale (CARS), and Autism Treatment Evaluation Test (ATEC) scales examination before and 6 months after starting the diet they were randomized for.

The Autism Treatment Evaluation Test (ATEC) is a 77-item questionnaire that was developed by the Autism Research Institute to diagnose and assess autism in individuals.  ATEC is most often used as a means to evaluate the progress of an intervention.  The ATEC consists of four subscales, evaluating:

The Childhood Autism Rating Scale (CARS) is a behavior rating scale that assesses behavior in 14 domains that are affected by autism.  The maximum CARS score is 60, while the cut off value for ASD is 30. A score of less than 30 is considered non-autistic. Scores of 30 to 37 are rated as mild-moderate ASD, and 37. 5 to 60 as severe ASD.   The CARS scale evaluates the following in individuals:

Patients who received the GFCF diet showed significant improvement in autism symptoms before and after receiving the diet as evidenced by CARS and ATEC autism scores.   Like the modified ketogenic diet, the total ATEC scores were also significantly decreased, (P-value = 0.0001)( S-value: 13.29) indicating a decrease in the severity of ASD symptom as well.  In other words, the data is more surprising than getting all heads on 13 fair coin tosses.  In the ATEC subgroups there was a statistically significant improvement in speech (p = 0.011) (s = 6.51) and behavior (p = 0.011) (s = 6.51).   However, unlike the modified ketogenic diet, no significant changes to sociability and cognitive awareness occurred. 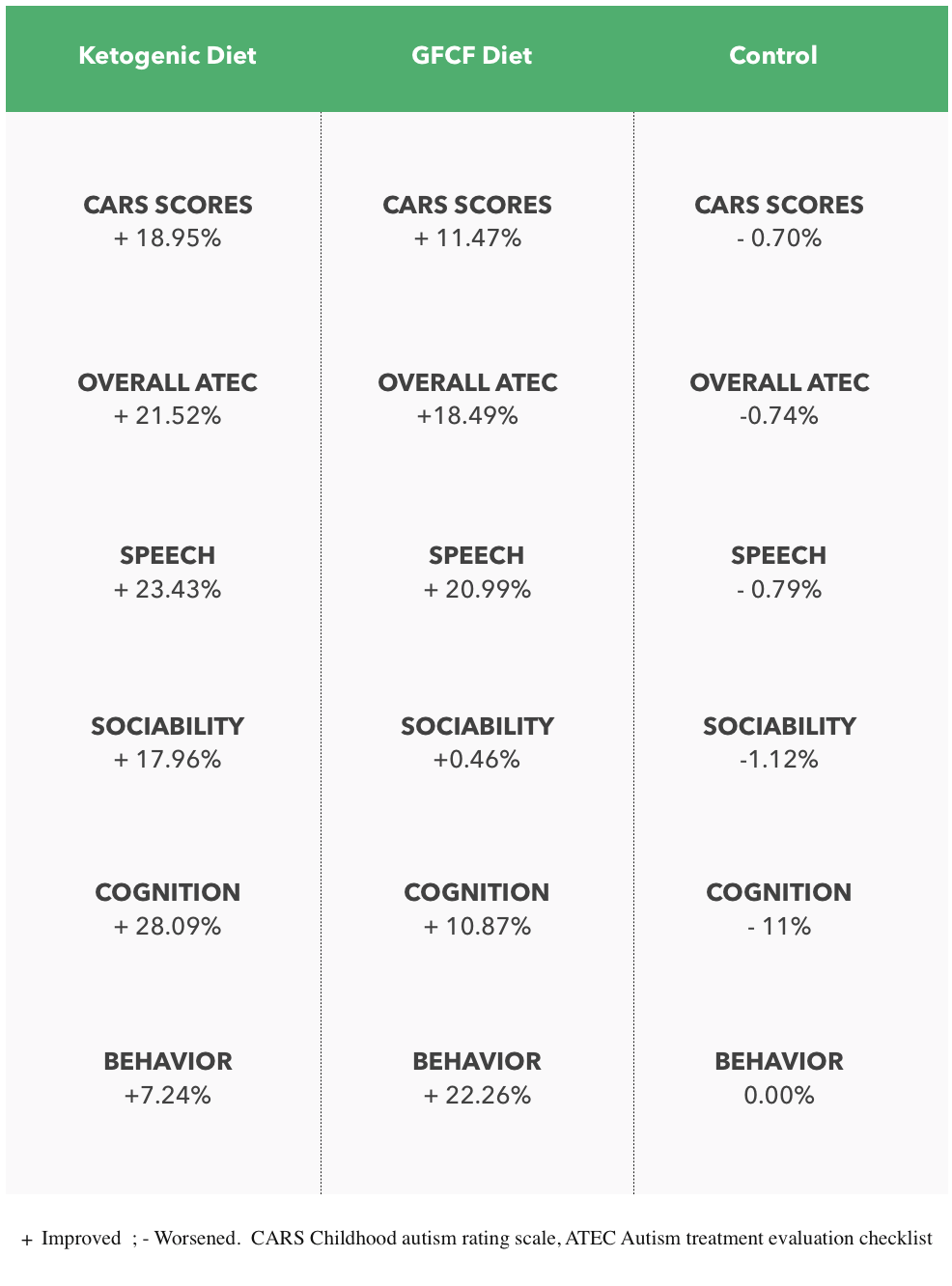 • Potential Therapeutic Use of the Ketogenic Diet in Autism Spectrum Disorders

• Autism and Dietary Therapy: Case Report and Review of the Literature

Learn more with our comprehensive list of current Ketogenic Diet Research and Reviews.