Why Echo Chambers Are So Dangerous 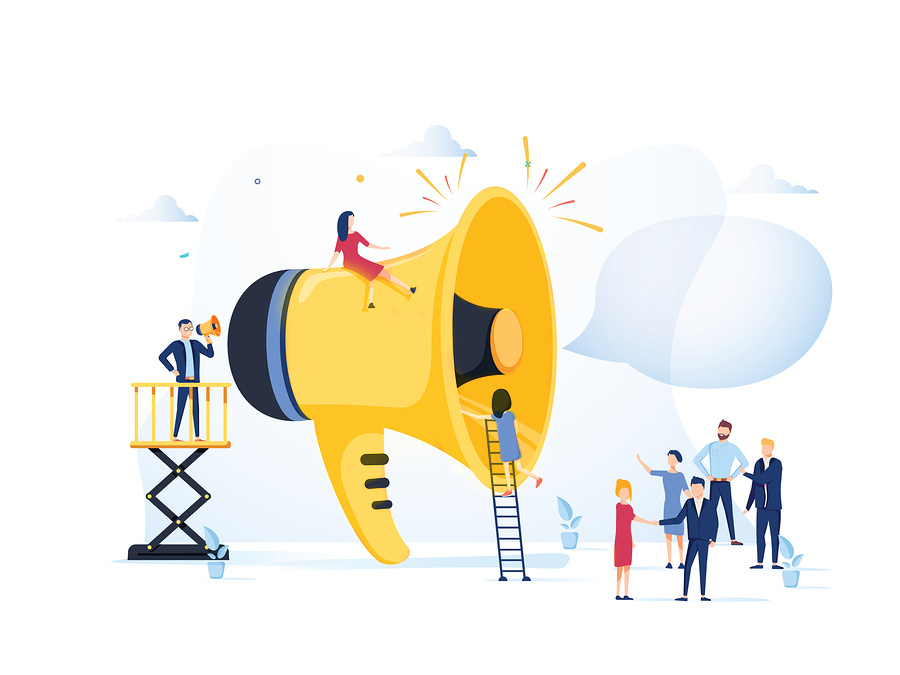 The recently deceased scientist and cosmologist, Stephen Hawking, once said (via Twitter, appropriately), that “we are all now connected by the internet, like neurons in a giant brain.”  What he didn’t mention, however, is what type of brain connected us all. One of the primary characteristics of autism, which is caused by a surplus of synapses between brain cells, is the need for sameness. This need for uniformity and homogeneity is a fitting description of modern-day society, and is exacerbated by the connectedness that internet technology offers.  While the internet was originally heralded as the “great unifier” of humanity, today the proliferation of echo chambers has perhaps diminished our collective ability to relate with people whose beliefs and ideologies differ from our own.

What is an Echo Chamber?

The term “echo chamber” was originally coined as a figurative description of what happens when an individual or group´s belief systems were reinforced and buttressed by continued communication and repetition within a closed system.  While the internet opened up seemingly limitless opportunities for wider access to news and information, it also allowed individuals and groups to select which information they would access. For example, while a simple Google search related to a hot button topic such as Central American migration might allow people to explore a diversity of viewpoints that consider this issue from a variety of angles, the internet also allows people to bunker down and only seek out information that coincides or overlaps with their own belief patterns on any given issue.  This closed loop system of information not only reinforces existing views and ideas, but can also lead to confirmation bias, social polarization, and unfortunate examples of extremism.

One recent study by the Pew Research Center found that an estimated 61 percent of Millennials gather their news principally through their social media feeds. Social media, however, is governed by complex algorithms that subsequently dictate what feeds and news items appear as we scroll through our social media channels. These artificial intelligence algorithms are able to pick up on our interest trends and discard information that appears to not fit with our preferences. This is part of the reason why the internet and social media contribute to the ever more prevalent echo chambers and the resulting polarization.

While the term “echo chamber” was first utilized to denote situations in which closed systems of news media and outlets reinforce existing political and ideological attitudes, echo chambers can be found in organizational settings as well.   Already back in 1996, researchers from the Massachusetts Institute of Technology (MIT) were sending out warnings associated with the potential risks of a world connected by the Internet. They said:

Individuals empowered to screen out material that does not conform to their existing preferences may form virtual cliques, insulate themselves from opposing points of view, and reinforce their biases. Internet users can seek out interactions with like-minded individuals who have similar values, and thus become less likely to trust important decisions to people whose values differ from their own.

Most only associate the phenomenon of echo chambers with extremely conservative, nationalist, and xenophobic groups.  But it’s easy to find enclaves of insulated, hyper-partisan groups on social media and the internet.  And, the same can be said of organizations all across ideological spectrums.

One of the biggest dangers and most calamitous aspect of echo chambers is that they tend to lead to a lack of original thoughts, dissenting opinions, and challenging ideas.  On an organizational level, this can limit our opportunities for growth and stem healthy and necessary debate. With the sheer amount of information accessible on the internet today, finding “scientific” studies that bolster your own opinion is fairly uncomplicated. The best way, then, to encounter dissenting ideas and beliefs that do not conform to your own point of view is through actively seeking out people and groups who candidly disagree with your own perspective.

Another problem associated with echo chambers within an organization is that they can limit our ability to effectively solve problems and respond to the exact issues that they endeavor to address. The constant and perpetual affirmation of our own beliefs that occurs within an echo chamber obviously causes division and polarization.  And, polarized communities and societies lack the social capital that is necessary to work together on shared problems and common issues.

For example, the internet has recently been ablaze with impassioned debates between the vegan community and meat eaters in support of regenerative agriculture, over the now-infamous Impossible Burger.  While the vegan community claims that only a plant-based diet can keep us healthy while simultaneously limiting greenhouse gas emissions associated with the agricultural sector, regenerative farmers, ranchers, and their supporters point to studies that demonstrate the enormous carbon sequestration potential of regenerative grazing and the health of grass fed and free range meat products.  Both sides of this debate have zealously quoted seemingly contradictory studies that support their own claims.  And thus, the ensuing echo chambers that form in online forums limit our ability to critically evaluate ideas, and unite and work together to find solutions to global problems.  We have effectively abandoned all goal-orientation in favor of further fanning flame wars.

While we might hold differing opinions on meat consumption, many vegans and meat-eaters  would firmly agree that the industrial monocultures dependent on enormous amount of chemical inputs needs to be replaced by more environmentally friendly agricultural practices.   In this case, making a genuine effort to come out of the echo chambers we find ourselves in can be the catalyst for collaborative action on issues that can be mutually agreed upon.

How we do our best to avoid Echo Chambers

We at the Paleo Foundation understand how echo chambers have negatively affected the need for healthy debate. While we do hold strong opinions and attitudes related to the benefits of Paleo and Keto Diets, we are open to the possibilities that they are not the ideal diet for everyone’s goals, health, or even microbiome.  As part of our honest effort to confront the tendency to surround ourselves with like-minded individuals, we willingly and enthusiastically consult with people who disagree with some of the basic tenets of the Paleo and Keto Diets.  Furthermore, understanding how social media contributes to the phenomenon of echo chambers, we have invited “naysayers” into our Facebook group, asking only that they respectfully share their disagreements and discrepancies in order to stimulate healthy debate.

Lastly, we cooperatively participate in thoughtful arguments and debates related to the inclusion or exclusion of certain ingredients in the foods that we allow in our Certified Paleo and Keto Certified programs.  We firmly believe that these measures help to widen our own perspective, prevent biases, and increase our transparency.  To enhance progress, and come to more accurate conclusions about healthy, nutriton, diet, and global issues, we would encourage everyone to engage in spaces for respectful debate and conversation to diversify the viewpoints that you are exposed to.  In the wise words of Margaret Heffernan: A thinking partner who isn’t an echo chamber… How many of us dare to have such collaborators?